FW de Klerk is a man used to public scrutiny. Like his native South Africa, he has remained under the spotlight since the dying days of apartheid. He may be so now more than ever: the death of Nelson Mandela just two months ago, and the outpouring of mourning and national introspection that followed, has inevitably shifted attention back to Mandela’s white companion on the long road to a democratic South Africa. Assuming the presidency at a time when the apartheid system was in crisis, with political violence rife, de Klerk immediately began work with Mandela to pave the way for a new constitution. Yet his name fades beside that of Mandela, who spearheaded the efforts that finally led de Klerk to give presidential assent to the action that would begin the transition to the first democratic elections in South Africa’s history. It would seem that de Klerk is here to defend his own legacy as much as to honour Mandela’s.

“I was driven by my conscience, and not by sanctions, and not by mere pragmatism – of course, sanction played a part, of course growing isolation played a part, it kept us on our toes – it brought us to the point of self analysis,” de Klerk says, speaking about his party’s journey to ending apartheid.  “It ended in continued suppression of the majority by the minority, and it was morally unjustifiable.”

He holds our gaze closely as he speaks, responding to accusations that he never viewed apartheid as inherently wrong. Attempting to remain true to his past beliefs has, however, proved difficult. Critics have accused him of viewing apartheid as a policy that simply didn’t work – and that he had no option but to change when he became President. In an interview with Christine Amanpour on CNN in 2012, he refused to apologise for his former belief in a solution of separate black and white nation states in South Africa, whilst agreeing that apartheid was morally repugnant. Explaining his conversion, he says: “What I supported as a young man I thought could bring justice, namely, nation states. We wanted to build, when I was an idealistic young lawyer, young student, young parliamentarian, a little Europe in South Africa with 11 states unified by something like the European Union – but it failed to bring justice.”

The proposed ‘nation states’ system of forcefully dividing separate ethnicities into different areas (originally dubbed the ‘homeland system’) led to the human rights violations opposed by many throughout the century, and an institutionalisation of the allegedly temporary inequalities in political and social rights between races. Blacks were stripped of South African citizenship and assigned to one of several separate ‘Bantustans’ or states, though many refused to move and take up their citizenship of the new areas.

De Klerk has repeatedly compared the situation of apartheid to the Israel-Palestine conflict, stating that the two-state solution resembles what he originally wanted to see instituted in South Africa. We questioned him on the claim made by the Boycott, Divestment and Sanctions movement that Israel is an apartheid state. “No, I wouldn’t say that, but I do think that Israel needs to take certain initiatives, and I think that the Palestinians need to take certain initiatives. And I think the starting point from the Palestinian side is they must acknowledge the right of Israel as a state to exist, and they must say we want to be a good neighbour to their state. And Israel needs to look at offering the Palestinians a geographic state of which they can be proud. So the borders are important, but also from the Arab and Palestinian side, the unqualified acknowledgement of the right of the state of Israel to exist.”

The implication that de Klerk’s hand was forced on entering office – and that he never really wanted to end apartheid – is perhaps unfair. In his Union address, he spoke at length about the long and deliberative process within the National Party that led an enlightened faction, of which he was a part, to realise that apartheid had to end. “I and my colleagues in the NP spent a great deal of time identifying our problems and wresting with the need for fundamental change. In open and often brutally frank discussions, we examined the hard and unpalatable facts that were in front of us. we struggled with the question of what was right and what was wrong within the framework of our values and within the framework of our conscience.”

De Klerk has compared himself to Mikhail Gorbachev: both men leaving a legacy of bringing an unpopular, unworkable ideology to an end at the end of the twentieth century. The President himself mentioned Gorbachev in his talk as a key figure in making an end to apartheid possible, by demonstrating to the world that a liberal, capitalist society was the only viable means of government for the twenty-first century. Citing the Washington Consensus as key ideological influence at the time, he emphasised how international support had aided the transition. However, he distinguishes himself from his Soviet counterpart by stating that whilst the Russian leader always believed in a refined version of communism, he himself eventually rejected apartheid as an immoral system. This was paired with the reality of the breakdown of the apartheid system: “We had become trapped in a downward spiral of resistance and repression, that would, at some stage in the not too distant future, erupt into full scale conflict.”

Yet his legacy remains controversial in South Africa – either for being a conservative figure in the apartheid government or for making too many concessions when handing over power. “[It was] not sanctions, not outside pressure, but the inner conviction that had grown because of these frank discussions that we had reached a point where the policies that were being applied in our country were morally unjustifiable – it was wrong. And therefore we had to change, in order to ensure that we bring justice to all South Africans.”

He rejects claims that he has not shown adequate contrition for the ravages of apartheid. “I have apologised, I made a profound apology, about the pain and the indignity that apartheid and separate development has brought about for people of colour in South Africa.”

His relationship with Nelson Mandela, the man with whom he worked most closely to bring about the greatest achievement of their careers, and with whom he was awarded the Nobel Peace Prize, has understandably been the subject of close analysis by pundits. Claims that their relationship was acrimonious were dismissed by de Klerk in his address, who described how Mandela spoke at his 70th birthday celebrations, and how the pair remained firm friends even decades after their retirement from politics. Describing his first meeting with Mandela, when he was secreted into his office under cover of darkness, he relays  his first impressions of a man of “dignity, courtesy and self-confidence.”

“He was taller than I expected,” he recalls, and describes how that first meeting consisted of “sizing each other up.”

“I think we both left thinking: ‘this is a man I can work with.’”

Since the end of apartheid, however, South Africa’s new democracy has encountered its own hurdles. Twenty years after the transition to the new constitution, power is yet to change hands from Mandela’s ruling ANC party. Plagued by corruption scandals and the looming elections, which observers suggest might be the most hotly contested since 1994, we asked de Klerk whether he thought South Africa was at a crossroads. “I think the upcoming elections are very important, but I think the most important period will be between 2014 and 2019. My expectations are that the ANC will win comfortably but they will drop in their percentage of the vote quite substantially.”

Threatened by the growth of new parties, the ANC is being squeezed from the right by the Democratic Alliance – South Africa’s first main multiracial party – and from the left by the Economic Freedom Fighters, the radical left-wing movement of the populist Julius Malema. “If they come below 60% it will be a psychological barrier, and the Democratic will grow somewhat, and there are some new parties, the one of Malema, which might get 5-7% according to present polls.”

The declining popularity of President Jacob Zuma has become ever more evident in recent months, with sections of the crowd even booing him at Mandela’s funeral. Opposition parties revealed at the end of last year that he had spent £1.2m of taxpayer’s money renovating his private residence. Commentators have suggested that now Mandela is dead, blacks feel they are free of ties of loyalty to his party – they are now free to criticise Zuma and defect from the ANC.

However, in the long term, de Klerk forsees a long-term drift away from racial politics. “The political scene is changing in South Africa, but between 2014 and 2019 we will see a realignment in politics. We will see a split that is already happening in the ANC alliance. I foresee in the next five years a ‘workers’ party’ may be formed, perhaps the Labour Party.”

South Africa operates under a system of proportional representation, meaning that fringe groups are still represented in parliament. “So we get the EFF, we get pure lily-white parties that are still standing for an independent homeland for whites – they have a few representatives in parliament –  so while we have this system, I forsee that you will find small parties represented by a small number of people from the far left to the far right.

“But, basically, I think we are developing into a system where there will be three dominant parties. One left of centre – the ANC minus the socialists and communists, one very far left – the socialists and the communists in this workers’ or Labour Party, and then just in the centre or right of centre a party like the Democratic Alliance.”

This marks the next phase in the transition of South Africa to a modern liberal democracy. “[The Democratic Party] will take a number of votes from the ANC, it will become a strong party […] and we will move away from racially based parties towards value-based and policy-driven parties, which is what South Africa needs.” 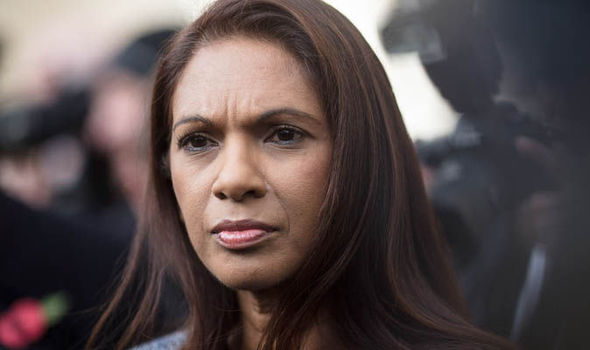 Profile: Gina Miller on Brexit and the media 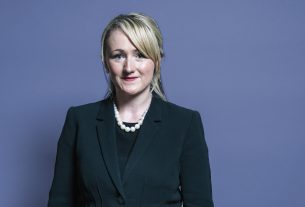