Warning: This article contains spoilers. For anyone who hasn’t seen the newest episode of Game of Thrones (not sure why you would click on the review if you hadn’t), here’s a picture of a porpoise looking super chilled:

And so, after three seasons of every single viewer’s collected fury, spite, anger and loathing being hurled at him, (SPOILERS AHEAD!!!) King Joffrey of House Baratheon, the King of the Seven Kingdoms and the blood of House Lannister died. Amongst vicious cried of glee from the millions watching Monday’s episode, Joffrey wheezed and spluttered and choked to death, his face purpling in pain and tears of blood running tracks down his face in his final moments. And of course, that was always going to be highlight in the second of what is shaping up to be an absolute blinder of a season. Might as well open this review with that.

However, this episode was phenomenal for so many more reasons- the primary reasons being the inclusion of several delicious pieces of double edged banter that took place between several of the major characters, but more of that later.

The first half of the episode took it’s time to touch on a number of myriad of story lines permeating through the show. In the North, Roose Bolton rode home to see his bastard son Ramsay Snow and his ‘prize’, the sorely battered and emasculated Theon Greyjoy. What followed was a display of coldness from Ramsay, a hint at his calculating nature and signs of bubbling unease between himself and his son. ‘I needed Theon whole,’ he whispers angrily, commenting on the loss of a bargaining chip for negotiations with Balon Greyjoy. Ramsay, in his giggling, acidic madness, simply asks Reek (as Theon is now known) to shave him with a cut throat razor. A benchmark is set. Reek is Ramsay’s, entirely and completely—an utterly broken man.

Stannis’ world is equally cold, although ironically he has the option of warming himself in front of the ever increasing number of execution pyres springing up—the latest being that of his own brother in law’s. Mellisandre’s word was seen to be spreading ever further, an insidious power that has now mutated to the point where people rejoice in the ‘purification of souls’ that the last pyre brings to the screaming victims. A dinner scene with Stannis, his wife and a typically aloof Mellisandre revealed the edges of emotion in the eldest Baratheon. As his wife berated their daughter Moonface as childish and stubborn and deserving of the stick, Stannis flatly refused. ‘You will not touch my daughter.’ There was only a flicker, but enough of a defensiveness there to highlight that Stannis’ humanity has yet to be completely eroded away.

And so then to the ‘Purple Wedding’. Taking up the entire second half of the episode, it was a slow draw; thirty minutes of set up littered with back handed one liners and simmering tensions. It started off with Loras Tyrell and Jaime Lannister exchanging casual pleasantries that descended into a wonderfully venomous threat to Loras that Cersei would strangle him in his sleep if they ever got married. And then the whispered ‘But it doesn’t matter because you’ll never marry her,’ from Jaime. A stare off between a known killer and a character whose only real legend is that of a known ‘pillow biter’. But then with unexpected sass came the deadpan reply: ‘And neither will you.’ A tap on the arm and the walk away. Pew pew pew, shots fired.

Oberyn Martel carried on with his singular objective in coming to King’s Landing of fucking everyone’s shit up when he decided to throw the very minimal caution he had to the wind and antagonise both Cersei and Tywin Lannister. Oberyn threw Cersei’s rapidly dwindling power in her face while she threw the disdain at his low born paramour back. Oberyn pointed out however that all places obviously have their differences: one place looks down on the low born while the other considers the rape and murder of women and children to be distasteful. He also points out what a lucky thing it is that Cersei’s only daughter is at the latter. Facts pointed out, threats made and animosity rekindled.

And then onto the feast. A feast where the sole focal point was the endless and repeated verbal torturing of Tyrion by a smug, vindictive Joffrey, drunk on power and presumably lust. It was handled brilliantly in both the writing and the directing; it was a continuous stream of humiliation steered towards Tyrion—highlighting that yes, he’s a dwarf; the pouring of wine over his head and then charging him with being the King’s personal cup bearer. All of these were deftly handled by Tyrion, but with each slight, the tension cranked up. It was there in the music and in each curled lip that Tyrion bared to his nephew’s attack. Something had to snap.

And in the end, the death came from nowhere. People might have expected Tyrion to simply pull his knife out and gut the King in justified rage, but it wasn’t that. A pie, washed down with a cup of wine, and then the coughing fit. A fit that wouldn’t stop. A fit that turned into vomit and bile and a swelling throat and a purple face and twitching fingers. An insane king reduced to what he has always been; a spoilt, lost, stupid boy, dying helplessly in his mother’s arms in front of a world that hated him enough to barely lift a finger as he passed. And then with Cersei’s wails, the accusatory gaze towards the last man who had held the cup of wine that Joffrey had drunk. The Imp.

The rest of the season is unlikely to be particularly kind to Tyrion. Oh he’s been in jail before, but he can’t really bribe the guards at King’s Landing with the same money that his father pays them with. How or if he wriggles his way out of Cersei’s wrath is going to be real treat in the coming weeks. Who am I kidding? It’s all going to be a treat. Benioff and Weiss have laid down the marker with The Lion and The Rose, it can only carry on getting better from here. 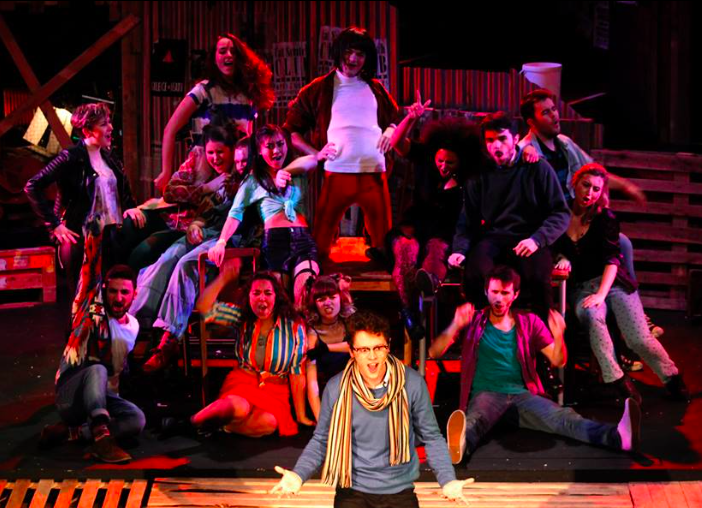 Inside the World of Screenwriting: Interview with Abby Ajayi