Popular Oxford bar and club Baby Love has confirmed it will close its doors on its current site at the end of 2nd week.

The bar will move to the Castle Tavern, a pub on Castle Street, on 11th May. The move is due to a decision by its landlord Oriel College to extensively redevelop King Edward Street.

Popular student nights – including Tuesday LGBTQ event Poptarts – will run from the current Baby Love site in 1st week, but will move to the Castle Tavern from 2nd week onwards.

The bar will also have a closing party at its current site on 4th May.

Speaking of the planned closing party, he said: “All our friends and family are welcome to remember the good times and the VERY good times, (and the ones that will be kept a secret for LIFE!)”

“Poptarts, Supermarket etc will ALL continue as usual!” he added.

The Oxford Student broke the news of the closure over the vac, with Oriel’s move prompting a strong response from students.

OUSU President-elect and prominent Baby Love DJ Louis Trup described it as his “home”, and said it was where he “grew up from a Spotify lover with a dream to a fully fledged quasi-disc jockey.”

Cai Wilshaw, a second-year Classics student at St Anne’s, said: “For those of us who aren’t particular fans of Camera or Bridge, Babylove has always been our choice haunt on Tuesday and Thursday nights.”

“Its many revellers will miss the sweaty walls, the faint smell of sweat and regret, but most of all – the pole. I hope the owners will ensure that they replicate such features should they manage to find an alternate venue,” he added.

Hi @cher! Our uni want to shut our fave club. Please could you BELIEVE with us and RT to #savebabylove thank you xx

Oriel said in a statement at the time: “Oriel College has a long term strategy for the gradual redevelopment and improvement of King Edward Street.”

“As a result the College will be taking back the premises occupied by the Baby Love Bar shortly. We understand that the Baby Love Bar intends to relocate to new premises as soon as it can and wish it well for the future,” it added. 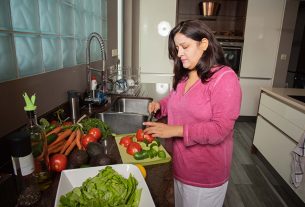 Meal replacements shown to be effective for weight loss