“Apparently we play everything too fast,” Johnny Foreigner mocked whilst onstage at their London headline show at the Borderline, referring to the criticism they had recently received from the NME. They seemed to take pleasure in drifting deliberately slowly into ‘Riff Glitchard’, a track from their fourth album, You Can Do Better, that begins with hypnotic, unhurried guitar riffs. “Y’know what,” they added, “it was annoying specifically because it was the NME. Being in a band is about impressing teenage ‘you’, and teenage ‘me’ was one of the millions that read that shitrag before the internet came and wrecked its machinery.”

The 3/10 album review that came from the magazine did seem unfairly harsh on a band who have gradually picked up a fairly significant fanbase from almost ten years of solid touring and recording. They may have invited some of the criticism they got for the album by titling it as they did: “I think that any smarmy music journo worth his wage should be able to twist an album’s title into a criticism [… we didn’t consider it] at the time, but we realised when it started going out to press.” Nonetheless, given the grungy guitars, boy/girl vocals and lyrical talent which often gets overlooked, the band are definitely deserving of the praise which You Can Do Better received from other critics.

Johnny Foreigner recently added fourth member Lewes Herriot to the band. Having toured with him for a couple of years now (he toured as part of the band in support of their third album, Johnny Foreigner vs Everything), You Can Do Better was the first album he participated in the studio sessions for.

I spoke to guitarist and lead vocalist Alexei Berrow about the band’s new membership, and whether the group had felt the change. “Yeah, very much so. Part of that is like, technical stuff: two-guitar song-making nerd stuff, and part is two-guitar song-mixing nerd stuff – two totally different disciplines. Basically, it makes it a lot more fun to write and a lot harder to record, but both were super rewarding.”

It’s this kind of development which has been interesting to hear: the writing has become more nuanced, but the energy – which has always been a key feature of their touring – remains as strong as ever, with all members of the band covered in sweat by the end of the night on the small stage at the Borderline. “For bands like us, touring the show is kind of why we do this. As musicians and friends, it makes us tighter, and the privilege of seeing the world as something greater than a tourist is a massive reward. All of that feeds back into the art we create.”

However, as the band grows older, the list of songs requested becomes longer. In London, a game of rock-paper-scissors ensues to decide whether to play ‘Salt, Pepper and Spindarella’ or ‘Eyes Wide Terrified’, both from the band’s first album. ‘Salt, Pepper and Spindarella’ wins, but ‘Eyes Wide Terrified’ does still make an appearance later in the set. I later asked Alexei how the band decides on the mix of songs used in the setlist. “We have twelve-week discussions about it in a windowless room, mostly. Some songs we kind of feel we’re more obliged to keep in rotation than others, and some we fall in and out of love with. Some we genuinely forget about. Mostly it’s a long but happy debate.”

Part of where a band’s key setlist decisions lie is in the encore – what to play to finish the show. But at the Borderline, Johnny Foreigner chose not to include an encore. I asked if encores had become a bit pretentious for the band. “Yeah, kind of. It’s supposed to be this spontaneous ‘oh, go on then!’ gesture, but it’s not at all. It’s like pantomime.”

This relates to the whole idea of arranging a setlist: “It’s important to us that we have a coherent and flowing show. So, if we decide to do an encore, there’s a risk of not playing the ending, if the audience don’t clap for long enough or whatever.”

The visuals that supported the band’s set, projected onto the wall behind them, gave a sense of a much more considered song grouping. Not that the consideration dimmed the excitement of the gig – indeed, the recognition of the somewhat contrived nature of an encore felt refreshing. “We’ve done – and will do again, I’m sure – genuine encore songs, and they’ve been hella fun, if a little sloppy because we didn’t prepare it. But this tour was definitely a precise ‘play-our-best-set-and-vanish’ kind of show.”

You can’t fault Johnny Foreigner for not being a genuine group of people. They believe in what they’re doing, they’re not mired in any of the bullshit that covers an industry which becomes more commercialised daily. And it’s endearing: not in a cute or sweet way, but in an impressive way – to have avoided being sucked in by the rubbish. Frankly, their criticisms of the NME are couched in a self-awareness that makes them seem caught somewhere between washed up, egotistical rock stars and eager-to-please teenagers. It’s hard not to like them for that. “By design, the NME is a self-perpetuating lifestyle magazine way more than it’s an objective music review source,” Alexei declared. “They don’t tell you what they think is good as much as what they think is cool, and fuck it, I wish we were cool. Pathetic, innit?”

Getting into the Chris Woods Groove 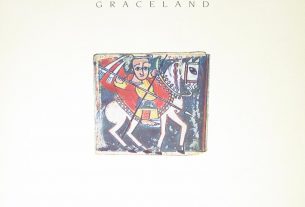 Music as a Companion in Paul Simon’s ‘Graceland’