An all-male drinking society banned from the premises at John’s is back in business – with infamous strip club mogul Peter Stringfellow as Honorary President.

A series of photographs published on the Stringfellow’s website show several members of the King Charles Club dressed in suits and posing in London’s Carlton Club. Another shows the undergraduates in question at Stringfellow’s club in Covent Garden.

Both images are published on the website alongside a full length photo of a naked woman. The images are captioned in the first person, and appear to voice Stringfellow’s own views. He describes the students as “a bunch of my friends” who had brought him “an illustrious King Charles II tie” as a present.

He emphasises their potential to assume political positions in the future, claiming that “there’s every chance that one of these boys is a future Prime Minister”.

The KCC, which now meets under the auspices of the strip club mogul, have at his suggestion moved their regular dinner to take place inside one of the London Stringfellow nightclubs.

Mr Stringfellow, 73, told The Oxford Student his job is to “throw a dinner, put the drinks on the table, they can drink as much champagne as they want, and I’m happy with it.

“The drinks are all on me. Free drinks, so is the food. I might give them a few dances, but in the main, nobody but nobody ever takes advantage of my generosity at all – not even for five minutes,” he said.

Stringfellow also claimed that he is involved in two other specific, high-profile drinking societies in Oxford. Of his involvement in these, he said: “Anything that happens in the club is kept in the club, so I won’t be telling you about that.”

According to court documents released last year when a lapdancer brought an unfair dismissal claim against Stringfellow’s clubs, a “fully nude” lap dance costs £20 while a half an hour “sit down” with a dancer would cost £200. Stringfellow did not specify which dance was allotted to the KCC members free of charge.

Some of the King Charles Club’s activities are focused almost ritualistically around their namesake.

Fergus Butler-Gallie, one of the undergraduates pictured on the Stringfellow’s website, is a member of the “The Society of King Charles the Martyr” Facebook group. The team also had a croquet club called “Martyrs’ Mallets”, which had its own protected Twitter account. It has subsequently been deleted.

Members have on at least one occasion laid a wreath at a statue of the King in London before dining at Stringfellow’s. An announcement of the event placed in the Daily Telegraph read: “The King Charles Club of St John’s College, Oxford, last night laid a wreath at the statue of Charles, King and Martyr, on Whitehall”.

A statue of King Charles exists in the college’s Canterbury Quad, and the club’s Wikipedia page claims the statue is “often a focus of the Club’s activities”. A selection of ties labelled as “King Charles Oxford Dining Club” are also available to buy online, with the most expensive costing £65.

The creator of the article, only identified as RicardoK1649, described the club as recruiting only “good chaps” from the college. 1649 was the year of King Charles I’s death; the identity of this Wikipedia user also remains unknown.

None of the members of the club approached were willing to comment for publication. Several members of staff at St John’s were approached, but none commented.

The King Charles Club has a chequered and controversial history. The secondary school magazine of Conservative MP Aidan Burley claimed he “achieved national notoriety” as President of the club, according to popular news website Political Scrapbook.

Mr Stringfellow said he was still in touch with “four MPs, to my knowledge” who he had met in the course of his professional life.

“I know a handful – in fact more than a handful of course – of politicians and MPs who I met first-hand when I started some years ago and and are now well and truly placed, and that pleases me.”

“Not that I get anything extra out of them, that’s not what I look for. I’m just pleased to see them, I call them one of my boys,” he added.

“We’re not talking about wallflowers here”

Stringfellow also expressed his views on the lack of women in many Oxford drinking societies. “I would say there’s no female in Oxford that feels left out. I’m quite sure that if there was any female [who] ever really wanted to join one of these societies, she’d make sure she’d be in it,” he said.

“We’re not talking about wallflowers here now, are we? If there were half a dozen females attached to the society, that would be nice, but if not – that’s the way it is,” he added.

He also offered to consider extending his services as Honorary President to female drinking societies. “If these ladies start their own society and want me as their honorary president and the King Charles boys call me out, I’ll take a view,” he said.

Sarah Pine, OUSU VP for Women, said the news was “indicative of a broader culture at university”.

“I’m upset and frustrated at their honouring of a man who has made his fame and money through portraying, and potentially treating, women as things to be fucked. Regardless of how these men act in their everyday lives, or how many women they count as friends, this behaviour is still not excusable, especially in a context where one in four women will be sexually assaulted during her time at university,” she said.

“Oxford isn’t the only place where misogyny exists; women are treated like sexual objects across campuses everywhere. Even though women now make up about 56% of students nationally, they experience sexism like this on an almost daily basis.”

“Clubs, events organisers, academics and other students approach women as trivial, as stupid or as objects present for the pleasure of men. Oxford’s traditions mean that these themes find a specific place here; incoming students seek to find a place for themselves within the prestige of the old institution around them.”

“Societies like this are the space in which men engage with the broader misogyny in university life,” she said.

Welcome to the jungle 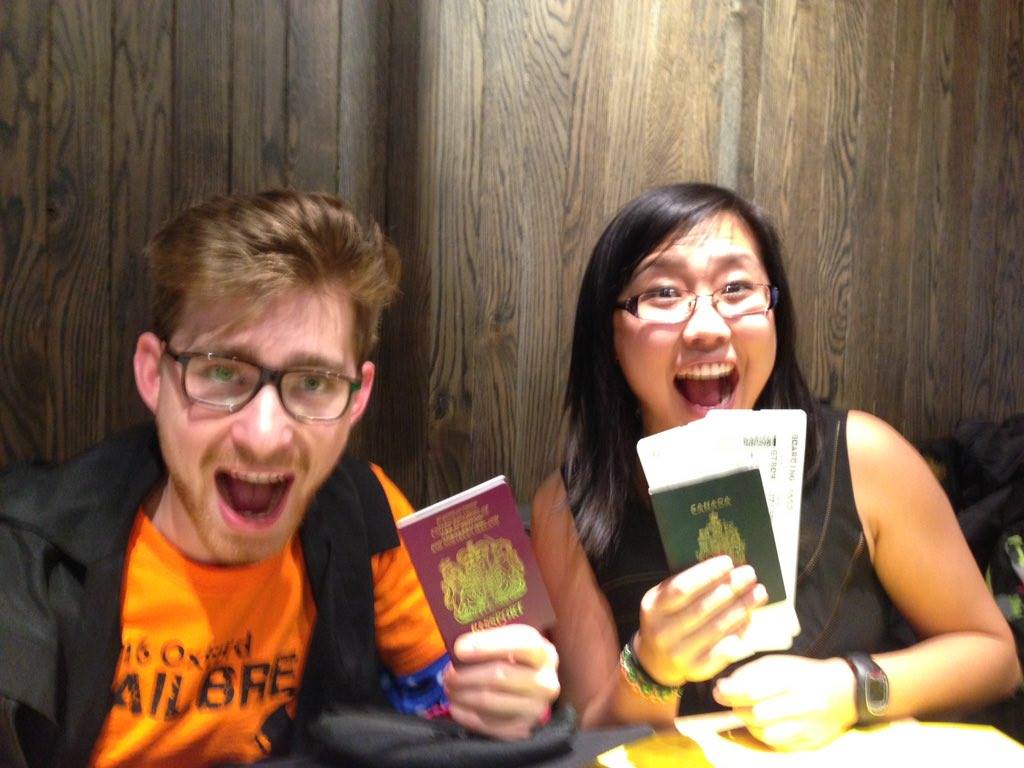