A hedonistic, exclusive and troubled group of university friends studying Classics become increasingly obsessed with a noble murder, the ramifications of which undo them all. Rarely do you feel, reading contemporary fiction, that it’s finding its place among the great novels of history. This is certainly one of those: cult, compelling, modern, but rooted in an ancient mode (Tartt majored in Classics herself) that takes on epic proportions with exquisite detail. Touching and funny, it’s instantly accessible, with a Nick Carraway-style idealistic narrator, whose coming of age during the narrative is unconventional. It takes turns through incest, suicide, gore, sexuality and heartbreak – all of which are so beautifully realised that you are swept along effortlessly until the clamouring finish.

Meursault, a French-Algerian, is unique in the world: he cannot articulate anything that he does not truthfully feel. For this he becomes an alien in society, in which his unyielding grasp on the reality of his own interior life is utterly unwelcome. A murder leads to his active rejection from a world where you can be sentenced to death for not crying at your mother’s funeral. L’Étranger stays at the forefront of the mind as not only a concept that obsessed a generation, but a cornerstone in the literary understanding of existentialism (which Camus in fact rejected as a label), as well as the farce of human convention. Another rare experience of the novel is that nothing quite feels the same afterwards: crowds, heat and human interaction take on a hard permanence, underlaid by a tragic and biting sense of inherent injustice and falsehood. It is cynically fascinating, and not one for the faint hearted or sunnily optimistic.

A third cult classic! An alluring yet damaged man, Humbert Humbert, develops fantasised love affairs with pre-pubescent girls, and most deeply with his twelve-year-old step daughter. He pursues her with disastrous consequences for himself and for everyone they touch. The prose is rapturous, and takes you far away from the knee-jerk response to the novel’s paedophilia (indeed, it was only able to be published by a pornography house in its first edition). The conventional moral compass that one might expect to live by inside a narrative like this one is cast off into the void; we are presented with a complex, dark, mutuality between the pair, as wild, twisting and erratic as the huge literal journey they embark on. The great literary trick of the foreword and opening chapters carries you through to the end, completing a kind of hellish, satisfying cycle. The mind boggles at the sheer descriptive power of Nabokov, and that which he ascribes to his first-person narrator, a pang of joy and a twist of the knife in almost every sentence.

Yates’ debut novel follows the deterioration of Frank and April Wheeler’s marriage in a stifling suburban setting. With frank honest and seamless prose Yates undermines the claustrophobic atmosphere of the 1950s America far more effectively than an episode of Mad Men ever could. His damning comments on burgeoning consumer culture with tales of casual misogyny, affairs and with human failure, particularly on the talented failing to recognise their potential. The exposure of the myth of the American Dream, as Yates wrote the novel in a period rife with McCarthyism and political tension is reflected in the two marriage. The narrative, in documenting the immense highs and lows of the couple (executed admirably in Sam Mendes’ film adaptation by Leonardo di Caprio and Kate Winslet) culminates in a tragic event the reader feels wholly and unforgettably immersed in.

Taking it black to basics: MIB3 is a fun, family comedy 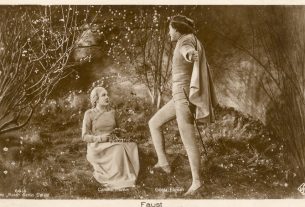 F.W. Murnau’s Faust: A testament to the transcendent power of cinema

Review: Guardians of the Galaxy