Of all the trends that have swept student unions across the nation recently – the boycott of The Sun, the banning of Blurred Lines – one trend has stood out above all others as the worst: adopting a policy of “No Platform”, banning speakers with extremist or undesirable (decided by the SU in question) views from visiting and speaking at universities. The speakers affected by this tend to be folks like Nick Griffin MEP, people who the hand-wringing student politicians like to be seen to be doing something about. So they institute a policy of “No Platform”, effectively wagging their finger at the speaker and telling them that their opinions are naughty. The difference is that while the aforementioned bans and boycotts are the kind of banal, useless tripe we have come to expect from student unions, the “No Platform” policy is actively harmful.

Now of course, the argument against this first and foremost seems obvious, but it bears repeating: free speech. In order for a properly-functioning liberal democracy to exist, we require freedom of speech, freedom to express one’s views openly and have them fairly debated and discussed. It is through this debate that we may better understand others’ points of view, and be able to adapt and shape our own opinions if we encounter a persuasive argument. It allows us to critically challenge our own positions, embrace other people debating our beliefs and reassess why we hold them. If nothing else, it allows us to understand why we believe the things we do, and furthermore, how to defend the positions we hold dearly. Under the No Platform policy, debate and discussion, the lifeblood of democracy, are put to one side in the name of an arbitrary decision made by a small group of people. Because their actions can dismiss freedom of speech, they can effectively make themselves unaccountable for this action, not have to justify their banning based on anything but their own unchallenged beliefs. And that simply does not make for a fair and reasonable society.

Free speech, ladies and gentlemen, is the cornerstone of our society; it is the guiding principle upon which democracy is based. And if we can’t find it within ourselves to uphold freedom of speech, then what are we? We are cowards, cowards who do not deserve those freedoms, cowards who shy away from the challenges of democracy, cowards who are willing to be silenced by those in power. And why? Because they don’t agree with the views being expressed. Let me make this perfectly clear to you all: if freedom of speech is curtailed by even the tiniest fraction, it is no longer free. If we give up the ability for people to express their views, wherever they may fall on the political spectrum, then we give up our civil liberties altogether. Their views, however extreme, still deserve a forum where they may be openly discussed. Through discussion and debate, we can expose people to these ideas – even if they are radical, hateful – and people must begin to find reasons to disagree, actually put together an opposing case instead of simply shying away and pretending it doesn’t exist. Only when you are confronted by the beliefs of an extremist when you are both on equal footing can you properly defend your stance that they are wrong.

Running away, hiding, banning an argument – these things will not make extremism go away. The first two will allow extremism to go unopposed, make them believe that they can continue to act as they do with no repercussions, because no-one will stand up to them and challenge their beliefs. The third option presented, the option of the No Platform policy, doesn’t do that. It does something much worse – much worse than letting them through, much worse than standing up to them in an honest fight – it legitimises them. You see, extremists already know that they’re the minority: they see themselves as the small band, the “we happy few” who will stand up to the perceived evils, the crusaders against a tide. When those in power put measures in place to stop them acting, stop them speaking out, it legitimises their stance, gives them fuel for the fire: “Look at the government, keeping us down, just like we said they were!” they cry, “We were right all along!”. If you legitimise them like this, you do untold harm by allowing them to continue on, validated in their beliefs.

If you do it for long enough, they go a step further. They realise that with their current brand of radicalism, they’re not being allowed to speak – so they radicalise further. They drive themselves further into political extremism, or religious fundamentalism, or whatever their social poison of choice may be, and that makes the problem worse. It makes it much worse, because all of a sudden you no longer have a group going “we’re very concerned about immigration”, you instead have a group going “immigrants are actively harmful and must be removed”. That’s what exclusion from open forums does to extremist groups: they don’t shut up, they don’t go away; they go underground, where they can radicalise and distill their views without us seeing it happen (and thus being unable to prevent it) and emerge as a more virulent, vile force. That is what happens when you curtail freedom of political speech, and that is what the No Platform policy essentially stands for.

So if these people, these groups, are already extreme in their views, why should they be allowed a forum? If they’re extreme, and the alternative is to let them become more extreme, what does it matter? As I’ve already explained, it comes down to the nature of debate and discussion, of having one’s views constantly challenged in an intellectually-rigorous way. It makes you change as a person, become more receptive to other points of view, and eventually more tolerant and accepting of them. Of course, there will always be those who won’t listen – those who are so firmly rooted in their beliefs that they’ll go to their graves waving the same old colours – but listen to me, those people are very much in the minority on all sides. Debate and discussion isn’t about converting the diehards, it’s about reaching out to those who can still be saved and brought into proper dialogues where they can fit into and work with society as a whole for the betterment of all. If just one racist can be convinced that not all black people are out to get him; if just one radical feminist can be convinced that not all men want to hurt her; if just one homophobe can learn that love is love regardless of gender or sex, then free speech has won. Democracy has won. One little victory is all it takes to change a person’s world, and enough of them can change it for all of us. Ladies and gentlemen, we need freedom of speech, we need open debate and discussion, we need a platform for all if we are to build a society for all.

But at the end of the day, you could have read that anywhere. Let’s get down to what the crux of this is for Oxford, for us. And it’s really a matter of respect more than anything. We should have faith that we can be confronted with extremist viewpoints and not be swayed by them. We should have faith that we can openly discuss and debate points of view without it devolving into something shambolic. But most of all, we should have faith in our own intelligence – we can see and understand an opinion, reason out its implications for ourselves and argue for or against it. That’s the bare minimum that should be expected of any active member of society, to be able to think critically about what is presented to them. And here’s what it comes down to: a student union that would pass No Platform doesn’t think you’re capable of that; doesn’t think you’re capable of thinking for yourself; thinks you’re one flashy speech away from jackboots and heil salutes. We’re Oxford students, for Christ’s sake. No Platform is demeaning, patronising and paternalistic. We can make up our own minds on the issues which affect us, thank you very much – we don’t need the simpering, politician-in-training OUSU lot to do that for us.

As the Oxford Union is so keen to often remind us, Harold Macmillan called it “the last bastion of free speech in the Western World”. I disagree, at least in part. I believe that title should be given to the university as a whole, aspiring to hold itself as a beacon of freedom of speech even as the tide turns to petty and dangerous censorship all around. I believe wholeheartedly that no self-respecting Oxonian would allow No Platform in this historic institution of scholarly debate. And I dreadfully hate being wrong. 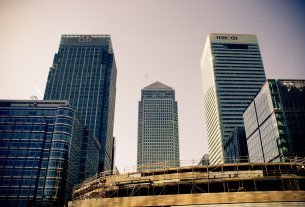