Darjeeling, tucked away in a north-eastern corner of India, doesn’t always feature on the traveller’s itinerary as it is slightly out of the way of the main tourist route further into the north-eastern Indian states of Assam. As a destination in itself, however, it is a refreshing break from the heat of India’s plains and the chaos of India’s cities. Perched at 2000m in the lush foothills of the Himalayas, surrounded by plantations of its famous tea, it has much in store for those prepared to make the winding and sometimes precarious drive.

The town sprawls haphazardly along a steep-sided ridge, at the top of which is the Chowrasta, a square that forms the epicentre of Darjeeling’s hustle and bustle. During the Raj, British families would holiday here to escape the summer heat, and some buildings here are clearly relics of these colonial times. So too are the passable fried breakfasts at Keventer’s, the delights of Glenary’s bakery and Joey’s wood-panelled ‘pub’. Darjeeling also offers, weirdly, a Domino’s Pizza, but the more authentically Indian fast food is to be had at Hasty Tasty where they churn out platters of curry faster than you can say Kanchenjunga. The local cuisine is also Tibetan: the egg rolls from the stalls around the Chowrasta and the momos from the restaurants at Clubside are well worth a try.

Raj holidaymakers would make the journey up from the plains by steam train – a ride that that is still possible if a little long. For those wanting a snappier taste of these bygone days, puff along to Ghoom, a small town just below Darjeeling where there is an interesting monastery. The train passes within inches of people’s front doors: Darjeeling is very overcrowded, but not oppressively so: the views of the Himalayas – Everest and further eastwards – act as a relief. They are best, apparently, from the nearby Tiger Hill at sunrise, but I got up at 5am to catch a Jeep  there and stood with hordes of irritatingly noisy Indian tourists for an hour in the pre-dawn cold for nothing but a view of grey cloud. An excursion to Singalila National Park, along the Nepali border some 2 hours away, is a more reliable way of seeing the highest mountains on earth. The full trek takes five days, but while I only had two I still got a sense of the scale and remoteness of the wilderness. Take a guide: I did half of it alone which, two days after a man was killed by a leopard near Darjeeling, probably wasn’t particularly sensible.

There are several monasteries to visit, tea to sample from the Happy Valley factory (which exports to Harrods), the labyrinthine market to explore (Radhika Sahib at his stall will give you an enthusiastic potted history of tea production), the handicrafts to buy at the Tibetan Refugee Centre and the Himalayan Mountaineering Institute museum to see. It is also possible to do mountain biking and paragliding. I spent a very fulfilling time at a school on Dhooteriah Tea Estate, where they gratefully receive volunteers who are willing to teach English (check out their website www.hannahmemorialacademy.org for more details).

Accommodation is easy, with all budgets catered for. The eastern border crossing into Nepal at Kakarbitta is only a few hours by car, and the town also serves as a gateway to the Indian state of Sikkim. Although there have recently been strikes organised by a Gorkha separatist group in the region, the area remains safe. If you want a taste of the Himalayas, your welcome to Darjeeling will be warm. 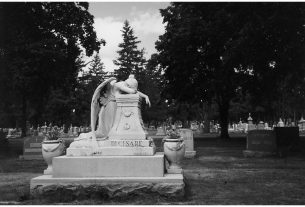