A church bell rings through the dark village of Campiello, a hamlet in the north of Spain.  Pilgrims quietly move from their bunks, stow away sleeping bags and sink into their boots.  From the old bed-filled barn it is a short walk to the village bar where the hostel owner serves a breakfast of coffee and fried bread. The pilgrims eat in silence while farmers arrive from the black morning for coffee and a short brandy.

This ancient catholic pilgrimage to the burial site of Saint James in Santiago, begins in a number of locations across Europe.  The “French Way” starts in Le Puy and runs over the Pyrenees and across the Spanish plains, while the “Northern Route” moves along the beaches of the Spanish coast. The Primitivo, or “original” way is the least walked and most challenging of the routes to Santiago, cutting across the snow-capped ridges of the Asturian mountains. It was made popular by King Alfonso of Spain in the eleventh century, when he moved off the French way, which lies to the south, in order to see the cathedral at Oviedo. The Primitivo runs over two hundred and fifty kilometres from Oviedo to the town of Lugo, before joining the Northern and French routes, and continuing to Santiago.

In the villages along the camino, pilgrims are met with a deep affection.  Locals eagerly ask questions about previous towns and invite travellers to pray, before cheerily accompanying their departure with shouts of “arriva!”. The bars serve the traditional pilgrim fare of pork and butter-bean stew with a carafe of the local Rioja.   Along the high mountain paths, seventeenth century churches and small stone sanctuaries provide shelter and a place to pray.  While the cultural and traditional infrastructure of the religious pilgrimage remains intact, the walk is no longer undertaken exclusively by the religious, as one French pilgrim who had walked the French route three times remarked: “I think now most people walk the camino not necessarily with any religion, but with a sort of spirituality”.

From the large town of Oviedo, with its stone squares and magnificent cathedral, the Primitivo moves west across the wild green hills of the Asturian agricultural heartland.  For sixty kilometres the route winds across a dark, grassy basin, passing through tiny untouched Medieval villages and densely wooded pine-forests.  Soon the landscape folds in upon itself, the paths narrow and the ascent into the Asturian mountains begins.  From Campiello the route ascends one thousand metres, following a mountain path for over one hundred kilometres until it moves into the province of Galicia and flattens out as it nears Santiago.

In the morning, thin wisps of cloud lie between the mountain ridges bringing heavy Spanish rain in the afternoon.  Every evening pilgrims find accommodation in church-subsidised hostels named “Aubergues de Pergrinos”, providing a bed and kitchen but usually no board.  Pilgrims must present a “credential” to be stamped at each hostel, which certifies that they are on a pilgrimage.  While the hostels on the French and Northern routes have to bring out extra mattresses to accommodate travellers, most of the aubergues on the Primitivo are empty, particularly in early Spring.  Those pilgrims who are on the route tend to walk alone, waking early in the morning and going to sleep before eight each evening.

A surprising exception to this trend came at Grandas, a small town on the border of Galicia and Asturias. A young American mountain ranger and a German student, ten years his junior, had met and fallen in love on the one hundred and thirty kilometre stretch between Oviedo and Grandas. The arrival of other pilgrims in the hostel didn’t deter them from lying together that night in the communal sleeping area and acting in a way dubiously becoming of a catholic pilgrimage.

An uncomfortable blend of untouched rusticity and large-scale industrialisation characterises the towns and villages along the route.  In the rural hamlets old women still wear blue and white smocks and bonnets, carrying sticks for the herding of cattle, while the large towns of Tineo, Grandas and A Fonsagrada, are filled with manufacturing outlets and small factories.  Yet, decay remains the striking feature of the country villages, with hollowed out, abandoned houses and plots of land for sale.  The scars of the European crisis run deep in these struggling Northern towns, as one elderly lady put it: “The young have all had to leave. My three boys are in Madrid.  These towns are old now, like me!”

At Lugo, the Primitivo ends and pilgrims join travellers from the Northern Route to complete the pilgrimage into Santiago.  The land becomes flatter now and the towns more populous.  Outside Lugo, a group of Spanish children cheer pilgrims on as they leave the city, shouting “Pergrinos! Pergrinos!”.  In Melida, the pilgrims from the French Way join the route.  The approach is a long flat path through the suburbs of Santiago.  Nearer the city, the architecture becomes older and the road begins to climb.  Small, brass cockle-shells, the symbol of St. James, mark the way towards the cathedral, which slowly appears above the roofs of the town houses, looming large and mossy-brown in the vast central square of the town.

On the evening of arrival, pilgrims are invited to attend Mass in the cathedral.  The names and nationalities of travellers are read out by the priest, and a short service is held.  Then travellers climb behind the large golden altar to embrace and thank the jewell-studded statue of Saint James which looks out upon the pews. 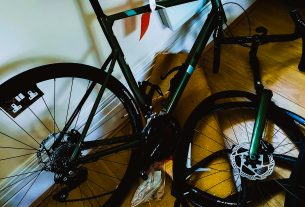 No Apologies: Leaning in & Speaking Out