George Clooney’s wife-to-be Amal Alamuddin has had her matriculation photo branded as unpolished by the Daily Mail.

The article stated: “She is the beautiful and formidable human rights lawyer who has captured George Clooney’s heart.”

“But this picture of Amal Alamuddin, taken in her first year at Oxford University, reveals that she hasn’t always been so polished.”

Alamuddin graduated from St Hugh’s in 2000 with a BA in Law. She is one of the top barristers in London, with a list of clients that include Julian Assange, the founder of Wikileaks.

The article featured an in-depth analysis of her appearance: “With her hair scraped into a messy ponytail, untamed eyebrows, little make-up and ribbon tie hastily pulled around her neck, the legal brain looks nothing like the fiancee of a Hollywood star.”

Clooney proposed to Alamuddin two weeks ago, seven months after meeting at a charity fundraiser. Since then Alamuddin has received a great deal of media attention.

Matthew Shaw, a first-year at Hugh’s, said: “I think it is appalling how the media continue to report on women’s appearance before anything else.”

“The fact that she looked ‘dishevelled’ has absolutely no relevance to her merits as a barrister and I don’t see how the Daily Mail is able to judge what makes a good fiancée to a Hollywood star, or whether the fact that he is a Hollywood star has any importance.”

Alamuddin is fluent in English, French and Arabic and last year topped a list of the most beautiful barristers in London.

Charlotte Sykes, LMH second-year, said: “It’s really disappointing that Alamuddin’s appearance is foregrounded when her personal achievements are so much more pertinent.”

“It’s also disappointing that Britain’s most widely read newspaper has a policy of making its money from publishing non-stories about women’s physical attributes and bodies.”

Alice Sandelson, a second-year Historian at Hugh’s, said: “I can’t really see what motivated the Daily Mail to write that article.”

“It’s disgraceful that the Mail have focused on her appearance when this is a woman who has achieved so much in her field. Also, who really cares?”

“Everyone knows that nothing of any value comes out of the Daily Mail TV&Showbiz column. Therefore they should not be so taken aback when articles like this pop up.”

The Mail does quote one of Alamuddin’s contemporaries at St Hugh’s saying that: “Alamuddin had a quiet confidence beyond her years. She had a tight-knit international group of friends, who would descend on her room and chat into the early hours.”

“She was a delightful girl, always friendly and charming. She was very understated; she wasn’t walking around in designer clothes and I don’t think she had a car. She has blossomed into a great beauty.’

The Malcontent on: First World Problems 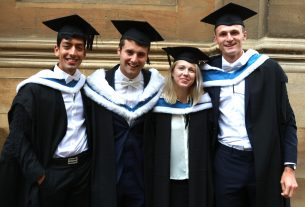