The event, named “Y Not?”, launched on Tuesday of this week. Shuffle Nights is also the organiser of the highly attended Wednesday night event FUBAR, located at Lava Ignite (Park End).

Japanese-inspired Roppongi, based on George Street, describes itself as “a unique playground for Oxford’s elite”. The club has traditionally been less frequently attended by Oxford University students relative to popular nights like Bridge and Wahoo.

The move is seen by some as an attempt by Roppongi to take a greater share of the student market. “Y Not?” is promoting its free entry, as well as a “compulsory” free shot with every drink purchased.

Shuffle Nights spokesperson Hannah Robinson said: “As Tuesdays have become a less popular night [in Oxford], it made sense to start a night in a smaller venue”.

“Although Roppongi isn’t a club where students tend to go at the moment, the drinks are cheap, there will be no entry fee and there will be a free shot with every drink”.

Roppongi also describes itself as the “ultimate destination” for Oxford’s “exclusive highly effervescent and au fait crowd”. The club’s door policy, according to its website, is “strict but fair”, and ensures “a crowd of fashionable, cosmopolitan, and like-minded people”.

A Corpus Christi fresher described the new night as “exciting”, particularly praising the event’s free entry. “With so many Oxford clubs overcharging for entry and for drinks, Tuesday nights at Roppongi could well turn out to be big.”

Another said: “Maybe they want to be the new Baby Love?”

Second-year student Toby Abbott, a promoter for the rival club company Fomo, also showed enthusiasm, describing Roppongi as “the most sophisticated and classy venue in Oxford”. “With the ridiculously good value drinks there’s no reason not to go there on a Tuesday night.”

The next ‘Y Not?’ event will take place on Tuesday of 3rd week. 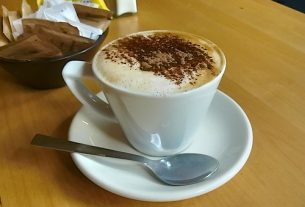