Rae Morris has a devilishly haunting voice, eerie as Kate Bush or Natasha Khan (aka Bat for Lashes), with sadness tinged songs which draw you in slowly with quiet piano riffs. With people lining up in anticipation for her new EP Do You Even Know, I caught up with her via email ahead of her upcoming tour which sees her playing The Art Bar on 5th May.

Going on tour with Bombay Bicycle Club was what really took Rae Morris to a bigger audience. “Touring is my absolute favourite thing in the world to do and being on the road with Bombay was an amazing experience. They are my friends and my band got along really well with everyone too.” This was matched by the opportunity to sing backing vocals on the band’s recent single ‘Luna’. “It’s such a different process and always feels like a mentally different challenge. Singing on the Bombay record came about really randomly and unplanned, so it was all very exciting.”

However, fans of Rae will know that touring with her new friends was not just a sympathy gesture. Having been picked up by BBC Introducing a couple of years ago, she was given the opportunity to have a number of slots at various festivals and radio shows, most notably playing the BBC Introducing stage at Reading in 2011.

It’s interesting to see a new artist come to notability through a much more ‘traditional’ route, as it were. In a time where it’s easy to be picked up randomly on Youtube and rocketed to fame, BBC Introducing almost seems antiquated. “Oh I think it’s so important, and still incredibly relevant. If anything, I think it’s harder now to be discovered because of how many people are doing it themselves through YouTube videos and social networks etc. BBC Introducing gave me a lot of firsts. First radio interviews and sessions, festivals and exposure. I cherish those experiences.”

Aside from becoming an unofficial member of BBC, the forthcoming EP Do You Even Know is being produced by Ariel Rechtsaid, who’s recently worked with a diverse number of acts including Haim, Sky Ferreira and Vampire Weekend. “Working with Ariel was amazing. I think that you can read into people a little too much at times; the things they’ve done and the people they’ve worked with. When I met him, I wasn’t really aware of the things he’d done before. It felt best to just meet him with no preconceptions and talk as two people. His experience and way of working definitely did have an effect on the way we recorded the album, but only in the most positive way. Working with someone who has done so much before certainly puts your mind at ease and lets you just concentrate on only the important things.”

Recent Instagram pictures of Rae and (fellow Bombay Bicycle Club unofficial member) Lucy Rose at the Chelsea – Sunderland game seemed to suggest a perhaps hidden deep love of football. “I’m not really a fan of football, not for any reason other than that I’ve never taken the time to get into it. I loved the atmosphere in the stadium though; felt like being at a stadium gig with lots of audience participation!”

Could there could be a World Cup song in the works? “I’d definitely have a go! I’m pretty sure there would be no greater feeling than hearing thousands of people sing your song!” 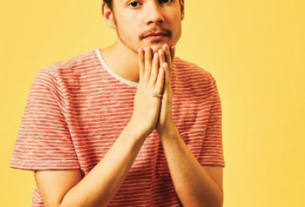 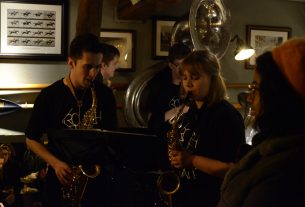 Just for fun? Time for musicians to get their due