‘Truth, like light, blinds. Falsehood, on the contrary, is a beautiful twilight that enhances every object.’ The words of Albert Camus echo with special resonance after John Hodge’s 2011 play Collaborators, which dances as much in the infinitude of space between truth and fiction as did its protagonist, Russian writer Mikhail Bulgakov, in his own work. Collaborators, set in 1938 Moscow, depicts a fictionalised account of the relationship between two real-life figures who actually did know one another: Bulgakov and Joseph Stalin.Their actual relations are almost as interesting as Hodge’s imaginings: Stalin adored Bulgakov’s work and according to Simon Montefiore’s book on the dictator, called him a writer whose quality was above ‘party words’ like left and right. In 1929 Bulgakov wrote to Stalin asking for permission to leave the Soviet Union following government censorship laws which prevented the publication of his work and performances of his plays; Stalin, who, as the play reminds us, reportedly saw Bulgakov’s The White Guard fifteen times, personally called the playwright and asked him whether or not his desire to leave was genuine. Bulgakov’s reply—that a Russian writer cannot leave his homeland—saw Stalin allow him to continue to work at the Moscow Art Theater, a job Bulgakov had been given in the first place thanks to the involvement of the USSR leader. Hodge uses these details in his leap forward to the years just before Bulgakov’s death in 1940, offering a portrait of a corrosive and corrupting relationship between the two that hovers uneasily between coercion, collaboration and friendship.

Fact and fiction intermingle, then, interacting with and intensifying the complexities between truth and falsehood; appearance and reality; and the mind, its conscience, and events-in-the-world. Bulgakov’s best-known line (‘manuscripts don’t burn’), from The Master and Margarita, is famously ironic, not only because, quite evidently, they do, but also because Bulgakov in fact did burn his own early manuscript of the novel. Given the line’s renown, it is perhaps unsurprising that it turns up, re-formed, in this play, its presence further perplexing relations between the real and the imagined. Collaborators begins with Bulgakov’s nightmares about Stalin, in which the latter tries to murder him with a typewriter, and the resonance of the imagery is retained throughout, the omnipresent typewriter foreboding in its role as agent both of creation and of destruction. Yet it is Bulgakov’s mind which is really the agent in this tale; it is his way of perceiving that complicates reality and leads him to seek refuge in comforting falsehoods. That what one commands from an underground secret room has consequences that extend across a country and that invade and end the lives of individuals—that a signature here can cause a thousand deaths there—is something with which Hodge’s Bulgakov is frustratingly slow to come to terms, and one can’t but wonder why the play doesn’t deepen its depiction of the playwright’s determination to blindness (not least as it does not fit artistically with the play’s early presentation of the writer as a man of profound integrity and insight) or explore its implications. Even Bulgakov’s belief in the honesty of his own mind and its manifestation in his creative work becomes compromised as increasingly he comes to rely on—and to parrot—the self-exonerating language of the Stalinist regime. Persons in positions of influence automatically are suspicious; ‘objective characteristics’—such as whether or not your parents are landowners—decide your guilt; people are numbers and numbers require handling through quotas. How did Bulgakov come to this?

It’s a question that never really comes up in this performance, which is on at the Oxford Union until 12th May. We see Bulgakov’s entire way of being change, and yet neither friends nor wife seem troubled for an implausibly lengthy time. Nor does Bulgakov’s own lack of attention to his inner state convince. Has he been taken in by Stalin? Is he really happy not just to collaborate with him, but also to swap roles altogether? His uncritical use of the language of Stalin’s subsidiaries as well as that of the General Secretary; his invitation of Vladimir—who had threatened to kill his wife if he did not pen the play—to a dinner party; his criticism of his friend and housemate, Vassily, for voicing horror at cannibalism; his delight in the luxuries lavished upon him given his new relationship with the regime: all of these suggest that Bulgakov’s relation with Stalin goes deeper merely than the superficial. Yet he continues to tell his friend and admirer Gregory that the latter must neither compromise his writing nor bow to the demands of the regime. The psychological paroxysms of the character would make for rewarding viewing, and yet we are never offered anything approximating insight into the minds of any of the three most interesting personalities: Bulgakov, Stalin and Vladimir. Hodge’s play is not naturalistic; it is a device to explore notions of guilt, integrity, responsibility, creativity. Yet these explorations are limited by the lack of psychological depth across the stage: none of these characters seem to have thoughts, fears, hopes, outside of the constructs through which socially they function.

Whether this is a problem of performance, direction or the script itself, without having seen another rendition with which to compare, it is impossible to judge. What is certain, though, is that the play in its current manifestation hovers between Stanislavski and Berkoff, and is not quite satisfying as either. A tremendous amount of effort has been put into the show: the set is impressive, the delivery of dialogue persuasive and compelling, the performance polished. Directors Saskia Lumley and Bridget Dru have unquestionably done well. The acting, particularly that of Timothy Coleman, who plays Stalin, is full of authority and energy; Jordan Reed’s Bulgakov manages to draw subtly both our sympathy and our criticism; Vladimir provides a masterly performance in his role as villain-cum-everyman. But these characters are let down by a flatness of script. Because of this, the play, at three hours, feels too long. If you have time, you should see it; good acting is always a pleasure. But be prepared to feel that the flickering of the play between fiction and truth, like the dissatisfaction of a portrayal of character that has small interest in investigating who its characters are, might be because Hodge’s story, like its style and the issue at its heart, understands neither.

Tinker Tailor Soldier Spy: A symphony in the key of beige 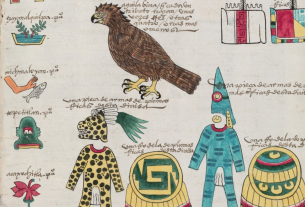 Review: ‘Babel: Adventures in Translation’ at the Weston Library