The weird and wonderful events of director Lenny Abrahamson’s Frank begin with the fatal consumption of a ham and cheese panini, and a prophetic tweet: #livingthedream. Young, disillusioned, nine-to-five office worker Jon (Domhnall Gleeson) finds himself suddenly living his dream after spotting a disgruntled member of the band ‘Soronpfrbs’ trying to take his own life. Symbolically (I think) leaving his panini on the bench behind him, he gets chatting to the band’s arlamingly laid back manager, Don (Scott McNairy). Don asks if he can “play C, F and G”. He can. He’s on the bill.

Jon’s first gig plays unnervingly like a dream sequence; he arrives at the stage door and immediately finds himself on stage tinkling the ivories whilst a neurotic Maggie Gyllenhaal convulses, stage right, over a theremin – that eerie electronic instrument with an ariel that lets you make the sound of a UFO landing at various different pitches. But to focus on her, is to ignore Frank, the man with the papier-maché head which never comes off.

Frank is a genius, and thus his unusual head gear is never openly questioned by his bandmates. To say that Michael Fassbender puts in an engaging performance whilst beneath a farcically gormless headpiece might seem unlikely. It is, but he does, occasionally aided by descriptions of his own facial expression, such as “Lips pushed together, as if saying ‘enough frivolity’’. Too earnest and square to really ever melt into the chaotic maelstrom that engulfs the rest of the band, Jon tries desperately to provide a rational account of their creative process on his blog; they mess about in some remote part of Ireland recording the sounds of jumping into mud in wellies and pouring fresh river water while he desperately searches for his inner creative energies, which are evidently very deeply buried. Domhall Gleeson is good, if somewhat unremarkable, as this wannabe troubled genius, whose rare moments of inspiration quickly wither and die under the disdain of the rest of ‘Soronpfrbs’.

For all its insanity, screenwriter Jon Ronson’s ultimately bittersweet ode to creative genius was sparked by personal experience: Frank Sidebottom, the comic persona of Chris Sievey on which the film’s own Frank is lovingly based, was the front man of Ronson’s band. Ronson’s script is, for the most part, as caustically funny and deliciously capricious as Maggie Gyllenhaal’s portrayal of the unhinged Clara, but the smattering of banal updates to Jon’s twitter feed are far and away the least funny part of the whole: the puns never really extend beyond convoluted self-derogatory hash-tags, a sensation that everyone got over, and then some, quite a while ago. (That said, I have just checked @jonronson’s twitter feed, and he has 89,700 followers, so who am I to judge?)

To say any more would be to spoil the joys of a story which thrives on double-crossing its audience. Frank is a bouncy, attention-seeking rollick of a film that’s funny in all the unexpected places, and boasting a musical soundtrack that’s rough, raucous, and actually really rather good.

Frank is currently showing at The Phoenix Picturehouse 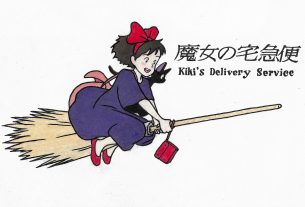