I’m not a typical Tory. I’m an engineering student from a working class immigrant family and I was raised to work hard, aim high and look out for the people in my community. Basically, I was raised to be a do-er rather than a faff-er.

That’s why I spend my spare time organising access and outreach events, including a debate workshop for inner city state school girls and a computer science weekend for kids from minority backgrounds.

That’s why I don’t mindlessly toe the party line. I’m a Conservative because I love people- we humans are an endlessly fascinating bunch with an infinite capacity for kindness and ingenuity- and I believe in trusting people to make the right decisions for themselves and their families. I applaud sensible policies but I will unashamedly slap down silly ones, regardless of which party they come from.

That’s why for me, this election isn’t about point scoring, party politics, or even national politics. It’s about making Oxford safe and affordable for everyone- because right now, it’s anything but.

Our Labour City Council is seriously lacking in common sense. They’ve capped the number of rental properties in town, making the cost of living out sky-rocket. They’re also planning to build student flats next to a noisy railway line, using us as sound buffers for more expensive properties while we’re trying to revise for Finals and driving a wedge between town and gown. What’s more, the Council doesn’t carry out compulsory checks on landlords, so there’s nothing stopping your landlord running away with your deposit or making you live in an unsafe, unhygienic property.

All this makes me angry, and it should make you angry too. I want to be the voice of reason and compassion on our City Council by standing up for students and vulnerable residents.

I will fight to lift the cap on rental properties in town, and crack down on dodgy landlords by pushing for a compulsory accreditation scheme. I also want more bike racks along Broad Street, and a pedestrian crossing outside the King’s Arms so we can all feel safe walking and cycling around Oxford. I will fight for investment in our Covered Market, to protect our small businesses and keep them affordable for students. And I will stand up for the poorest and most vulnerable in our city by pushing for more affordable houses in town.

You need to vote for change, because right now your City Council is failing you. You deserve to be represented by someone who has the courage to speak up for what’s right and actually get things done, rather than the current cohort of ineffectual pen-pushers running Oxford City Council.

Get out and vote on Thursday, and I promise I won’t let you down.

Maryam Ahmed is the Conservative Party candidate for Carfax Ward 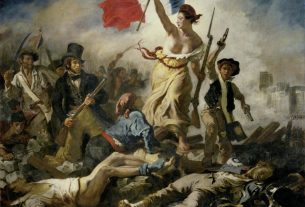 The Brexit revolution: Where next? 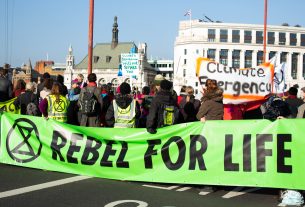