The musical in Oxford has a long and established tradition – with three or four fantastic productions being produced, choreographed, and in some cases even composed on a termly basis. Last term brought Oxford students the incredibly well received Chess, Sweeney Todd and the original musical In Her Eyes. Each offered something that pushed boundaries – Sweeney Todd with the first electronic revolving stage (both literally and figuratively revolutionary) in Oxford and In Her Eyes with not simply some great original songs, but a believable and very stirring story.

With this new creative drive last term, the level of student participation in musical theatre doesn’t seem to be abating. Pembroke’s Into the Woods has already enjoyed a sell-out run at the Pichette Theatre. In a similar Sondheim vein, running in fourth week, is The Queen’s College Garden Show provided by the Eglesfield Musical Society’of A Funny Thing Happened on the Way to the Forum. Then, in sixth week, the O’Reilly Theatre in Keble brings host their only musical of term with Parade, Jason Robert Brown’s adaptation of the true story of Leo Frank, a tragic Jewish figure in 1913 Atlanta. What all three have in common is their lack of convention: none of these three are ‘easy.’ Into the Woods, for example, is a blunt and hilarious adaptation of Grimm’s Fairy Tales, just as Parade combines some deep questions about American history with the extravagant and gripping dance routines that were typical of the period. Do not expect jazz hands at either of these shows.

But why do so many students neglect their work in favour of spending so much time running over lines, blocking scenes or rehearsing dances? The obvious reason is because of the challenge: musicals offer the chance for musicians, actors, singers and dancers to all come together and essentially show off their talents, something that may not have been as possible during any other piece of drama or music recital. Leo Munby, pianist at Wadham College, for example, was able to transpose an entire song from Sweeney Todd live in front of a paying audience when one of the actors started in a different key, and moments like this are why actors and orchestras return time and again to bring scores and scenes to life.

Dancing is an entirely different challenge for some. Speaking to the choreographer for Parade, Isabella Ogilvie-Smith, what becomes clear is that many different students are at various starting levels, stating that “you have to find different ways to teach and communicate what you want to people who don’t necessarily speak the same technical ‘language’ of dance, as in they aren’t familiar with the names of steps and as such need individual and more complex instruction.” In the case of Parade, this has led to four weeks of near-daily dance lessons, with every single member of the cast involved, ready for the opening night in sixth week. No matter what show it is or when it’s being put on, what is clear is that the musical will always be a central institution of the Oxford drama scene and is truly the place to find some of the more outstanding talent in the University.

A Funny Thing Happened on the Way to the Forum is on at the Queen’s College from Wednesday to Saturday of 4th week.

Parade is on at the Keble O’Reilly from Wednesday to Saturday of 6th week. 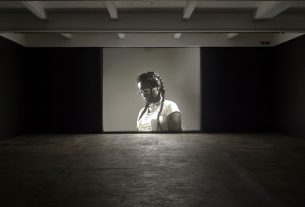