The police have been accused of a breach of academic liberty after an Oxford academic was arrested for breaking into a disused railway tunnels for his PhD research.

Dr Bradley Garrett, who is a researcher of the School of Geography and the Environment, pleaded guilty to five counts of criminal damage. Dr Garrett allegedly removed a board and a wing nut from a door when he trespassed into several disused London Underground tunnels and stations.

He was arrested in August 2012 by the British Transport Police after landing at Heathrow airport.

The police issued him with a conditional discharge for three years and fined him £2,000 for the damage.

They also seized his PhD research notes along with his computer, hard drive, mobile phones and cameras. Garrett has since criticised the seizure, citing concerns that the police exposed his sources.

Garrett rose to fame last year when he was photographed standing on a 300-meter high crane after climbing to the top of the shard.

Garrett told the Guardian: “Researchers will feel they can’t put themselves in situations like this and, even worse, institutions could shut down research that takes people into areas that are legally sensitive.”

The police defended their decision to arrest Garrett, saying: “The railway, whether disused or in operation, is a dangerous place for those not meant to be there and access restrictions, which should not be taken lightly, are in place to protect members of the public from harm.”

“We don’t want to see people straitjacketed by fear of what might happen if their behaviour has been slightly transgressive.”

Dr Adam Fish, a lecturer in sociology and media studies at Lancaster University and a friend of Garrett, commented in The Conversation: “The very fact that Garrett faced criminal charges means that courts and cops are willing to challenge the sanctity of universities, social science, and ethnography.

“A conviction would have had a chilling impact on any researchers willing to learn about the lifeworlds of those living on the edge of legality.”

A companion of Garrett, Christopher Reinstadtler also pleaded guilty to criminal damage and trespassing the tunnels. 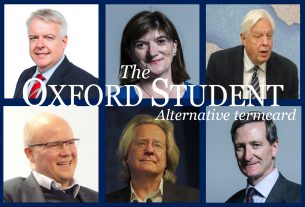