Over 60 Oxford academics have signed an open letter to the University, urging it to divest from fossil fuel companies.

The letter, accompanied by a petition signed by over 1,300 students and alumni, claimed that the University “has a responsibility to show leadership in tackling one of the greatest challenges we as a society currently face”.

Currently, the University invests around five per cent of its £3.3bn endowment fund in fossil fuel companies, defined as the “top 200 companies involved in the exploration, ownership or extraction of fossil fuels.”

The University said it would “consider a range of stakeholders” before decisions were made.

The campaign is asking the University to avoid investing in these companies, citing recent research by the Intergovernmental Panel on Climate Change (IPCC) which claims that  “60-80% of carbon reserves must stay in the ground” if dangerous climate change is to be avoided.

Professor Henry Shue – a signatory of the letter – emphasised the importance of climate change, describing it as “a threat to the security of the residences of hundreds of millions of people who currently live in coastal cities”.

The release of the open letter came after a protest in central Oxford on Saturday, attended by over 150 students and residents. Ellen Gibson, a student who helped organise the campaign, described divestment as an “opportunity” for the University.

“It’s an opportunity to support its own academics’ vital research, to show moral and intellectual leadership, and to ensure its students of today and tomorrow can enjoy the same planet and society in which we currently thrive.”

A motion of support was also passed at OUSU Council last January, urging the University to “put safeguards in place to ensure the University does not indirectly invest in fossil fuel companies.” Twenty-five common rooms across 18 colleges have also passed motions in support of the campaign.

The University is currently undergoing a consultation on the issue, with a report likely to be published in early July.

A spokesperson commented that the issue was “complex and multifaceted”.

They told the BBC that participants needed to gather “evidence and opinions, and time for reflection and informed debate”.

“Fossil fuel divestment is a broad issue involving many different university departments and activities, and that any engagement on this issue will need to consider a range of stakeholders across the whole of the university,” it added.

LGBT to protest against Wilberforce Academy 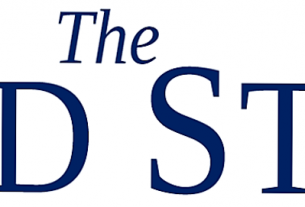