Jenny* was merely seven years old when her father first raped her. Living in a small Ugandan village, after some time she went to her aunt to seek help. ‘Hush little girl’ her aunt replied upon hearing this atrocity, ‘there is nothing that can be done about this, go home’. Years passed and Jenny’s father continued to rape and beat her. When Jenny was sixteen, she went to a nearby small health clinic. Here she discovered that she was both pregnant and HIV-infected. Her family took her to the outskirts of their village and performed a local abortion. She was never again seen at the health clinic.

This vignette is confronting, disturbing and all too common. For some people reading this you may think this is incomprehensible and remote from your daily life; for others this will surface an uncomfortable truth.

Gender-based violence (also known as violence against women) is that directed against a person on the basis of gender. It constitutes a breach of the fundamental right to life, liberty, security, dignity and equality between women and men. Gender-based violence includes but is not limited to domestic violence, sexual harassment and rape. It also encompasses female genital cutting, trafficking in women, forced marriage and prenatal sex selection. The World Health Assembly in Geneva this month placed serious emphasis on this issue with Director General of the World Health Organisation Dr. Margaret Chan, First Lady of Zambia Dr. Christine Kaseba and Epidemiologist Sir Michael Marmot all highlighting the public health significance of gender-based violence.

According to a World Health Organisation 2013 global review one in three women worldwide have experienced either physical and/or sexual intimate partner violence or non-partner sexual violence. One in three. This staggering statistic is clear evidence that no one is immune to the direct or indirect effects of gender-based violence. Most of this is intimate partner violence and as such occurs behind closed doors and is invisible to society. It is frightening to know that in many cultures it is considered a normal part of life.

Addressing gender-based violence goes above cultural sensitivities: it is a public health issue. Women who have been physically or sexually abused are at a greater risk of chronic health problems including anxiety and depression. Addressing this health priority requires a multifaceted approach, however there are simple and effective strategies we can all employ to lead the way in raising awareness, education and prevention of gender-based violence.

It is a known truth that education is the key to empowerment of women. And empowerment of women is key in changing attitudes and decreasing violence. Research has shown that women who have not been educated are more likely to believe that hitting women is acceptable than those who have been educated. The Boko Haram kidnapping of over 300 girls in Nigeria last month highlights this ubiquitous issue and the complexities surrounding what many of us take for granted: an education. We must educate the women in our global community. In parallel we must also support the men in our global community as agents of change, transforming societal views.

Jenny’s story is not unique. Of the next three women you encounter today at least one will have experienced gender-based violence. Violence against women is never acceptable, never excusable, never tolerable. It is our responsibility as global citizens to raise our voices and condemn this atrocity. We must make the invisible, visible.

*Names and places were changed to preserve anonymity.

Allison is a final year medical student at the University of Melbourne, Australia and currently researching maternal HIV here at Oxford University. She is a student representative for the Australian Federation of Medical Women and was a delegate at the 2014 World Health Assembly in Geneva representing the Medical Women’s International Association. 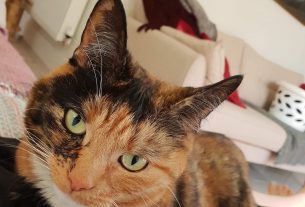 Philosophising your way to a good life