That year the school play was ‘The Sound of Music’. At an all-girls school, this meant one thing: girls playing boys. Or more specifically, one certain girl playing Captain Von Trapp. I had become obsessed with her bewitching curls when I was in year 8. She was head girl and four years above me. As ‘The Sound of Music’ came to a close, she came out with Maria for their wedding in a full tux, and I had to stop myself from fainting.

It’s a truth universally acknowledged that every gay person will at some point in their life have a heart-wrenching, never-to-be-realised straight crush. Whilst most people spend six months crying and binge-watching ‘The L Word’ (“Shane never had this problem, Shane turned all the women”), I have spent close to seven years being haunted by mine. This is because part of Captain Von Trapp’s charm was her magic fingers. Magic piano playing fingers. When I first met Captain Von Trapp she was just about to release her first EP, five or six luscious songs of her and a piano. Think Regina Spektor or Kate Nash (the comparison she got most from the music world at the time; I think it was just the South London accent). This was accompanied by gigs in our school music rooms, often to raise money for charities as part of our house competitions. I went up to Cannon Street on my own for the first time to be in her first music video and it was featured on Perez Hilton’s website. In my small London borough, she was a big deal.

Even after she left school, I tried to make sure I saw her gigs as she took a gap year to pursue music. She was the first 18+ gig I snuck into in Tunbridge Wells meaning that I could buy cider at the bar when I was 15. As well as this, she had got a job on BBC 3, meaning whenever I turned on the television she seemed to be there announcing what show was on next. Although it is possible that the amount I watched BBC 3 did increase in that time.

But when she went to university, her output began to dwindle and I began to stop feeling quite so infatuated. At about the same time, I was getting into music journalism for the first time, writing for my friends’ website ‘Sound Influx’. We were offered to review a split EP that Captain Von Trapp had done with one of her friends where they covered each other’s songs. It was a very bland piece of recording and I said so in my review although was clear to point out that I thought the song writing was impressive. I thought no more of it until I got a Facebook message from Captain Von Trapp saying she had recognised my name on the review. For some reason, I had thought she wouldn’t read her reviews. I was mortified but secretly pleased but mortified because I’d spent 500 words slagging off my first love’s EP. At least she knew who I was though.

She has recently reinvented herself as an entirely new musician complete with a one word pseudonym which makes her inevitably hard to Google. Her first couple of releases were remarkably mediocre leaving me feeling nostalgic for the days when I would wear the tshirts she had made non-stop around school. However, it’s not all bad as her recent EP is a huge return to form and she’s been touring again. She even played a show at The Art Bar in Oxford last month (fortunately it was over the vac so I wasn’t tempted to go and throw myself at her feet) and has been applauded by a number of high profile music websites. I still think she is one of the best songwriters around even if I am not quite as in love with her as I was. Maybe she’ll get more famous and then I can go around telling everyone about how much I fancied her when I was 13. “Maybe things would have been different if we’d been the same age,” I’ll say, as a single tear rolls down my cheek. 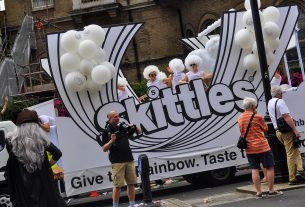 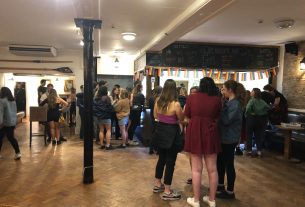