Few words are more applicable to Wales’ Manic Street Preachers more than ‘longevity’. I choose this word very specifically over ‘reliability’ or ‘consistency’, as these would do them the disservice of tacit agreement with those who would seek to label them pedestrian, predictable, or simply guilty of churning out the same po-faced, inept political bellyaching over the course of eleven albums. Much rather, they’re a band who have evolved and changed in their circumstances, remaining unconditionally beloved by their fans; from the dark brilliance of 1994’s The Holy Bible, to the sweeping orchestral grandeur of 1998’s This Is My Truth, Tell Me Yours, and, most recently, the more introspective acoustic tones of 2013’s Rewind the Tape. And yet, they’ve never quite ‘broken’ in the way they deserved. The spotlight during their 90’s heyday was largely snatched by the self-contained media frenzy over Britpop cat-fighting, and many doubted their ability to return after said heyday (for those of you who’ve been living under a rock, rhythm guitarist, principal lyricist and general mastermind Richey Edwards disappeared, never to be seen again, in 1995), criticizing the ensuing material as calculated, plodding stadium rock. However, the album’s twelfth offering, Futurology, silences critics in spectacular style. Those lambasting the band’s monotony are met with and contradicted by its breath-taking variety; the Manics embrace the influences and themes of their recent European travels (the album, produced in Berlin, bristles with elements of Krautrock and industrial) without being consumed by them to the point of losing themselves.

Perhaps some of these naysayers were right to be concerned. After all, when James Dean Bradfield’s voice, known and loved as a blazing siren of intensity, mumbled ‘I can’t fight this war anymore/time to surrender, time to move on’ on Rewind The Tape’s opener, ‘This Sullen Welsh Heart’, some saw it as a mature coming of age; an acknowledgement of the obsolescence of his own politics. To many more, however, the song was a far more sinister beast; apparently, not only the band’s politics were obsolete, but even the band itself, and Bradfield was sleepwalking meekly into retirement. It also, for all its beauty, suffered from simple lethargy; for Christ’s sake, this was the opening track of a Manic Street Preachers album!

Thank God, then, that Futurology suffers from no such foot-dragging; the opening title-track, both lyrically and sonically, serves as a welcome antidote. Following the strikingly unfamiliar electronic introduction, it crashes unapologetically in at full pelt; its very tempo is a declaration of independence from the ghosts of records past. The stupor of the previous album is shaken to pieces by pummelling drums, its resignation undone by the affirmation that ‘we’ll come back some day/we never went away’ in a euphoric chorus. The sweeping strings anchor it in the familiar territory of ‘This Is My Truth…’; the electronics propel it into the bright future its title promises.

The quality only picks up with next track, current single ‘Walk Me to the Bridge’; its uplifting chorus places the Manics’ well-established knack for anthemic writing into a wonderfully fresh, Krautrock-influenced new soundscape. The question of whether it’s about You-Know-Who will of course send the fan community into a tizzy (with lyrics like ‘so long my fatal friend, still blinded by your intellect’, it seems fairly clear cut), but far more important than fan speculation is the reaffirmed conviction endemic in the lyrics; to constantly bring it back to Richey somewhat misses the point of the song. In turn, the band’s idealistic fire returns in spades through the jagged bile of ‘Let’s Go To War’ (even if the main riff is a little too close to Grieg’s ‘In The Hall Of The Mountain King’ for comfort) and the satirical glam-rock sleaze of ‘Sex, Power, Love and Money’; Corporate greed, economic slavery and moral nihilism are still enemies to be slain; seeing as they’ve gone nowhere since the band’s heyday, then neither have the Manics.

However, the standout track of the album would have to be midway track ‘Europa Geht Durch Mich’, simply for being the glorious non-sequitur that it is. This is, simply, the Manics at their most fearless. An industrial-tinged, unrelenting stomp, far more Rammstein than R.E.M and complete with commanding vocals from German actress Nina Hoss, it in itself places the album in a niche of its own amongst their back catalogue, as they relinquish any attempt to recreate their past. Crucially, the one time the album noticeably fails is the one time such an attempt is made, the tragically titled ‘Misguided Missile’.

As for those that would claim that this warps them beyond recognition, the ever-distinctive lyrical presence of Nicky Wire comes forward to prove them wrong. We need only look to ‘The Next Jet To Leave Moscow’ to find the bluntness for which he’s known and loved, this time turned on the naivete of his own ideological past, ‘So you played in Cuba; did you like it yeah brother?/I bet you felt proud, you silly little f***er’. The toe-curling lyrical clunkiness this can sometimes produce (we can turn to the disappointing reactionary grumbling about social media turning us all into zombies in ‘The View From Stow Hill’, or the outmoded plea to ‘keep it real, man’ in ‘Divine Youth’) is at worst a necessary evil, at best a key part of what makes the Manic Street Preachers the band they are. So therefore, Futorology is a sum total of achievement and innovation; elements of the past and the future combining to make something better than both. Welcome back, lads. You’ve been missed.

Download ‘Walk Me To The Bridge’, ‘Europa Geht Durch Mich’, ‘The Next Jet To Leave Moscow’. 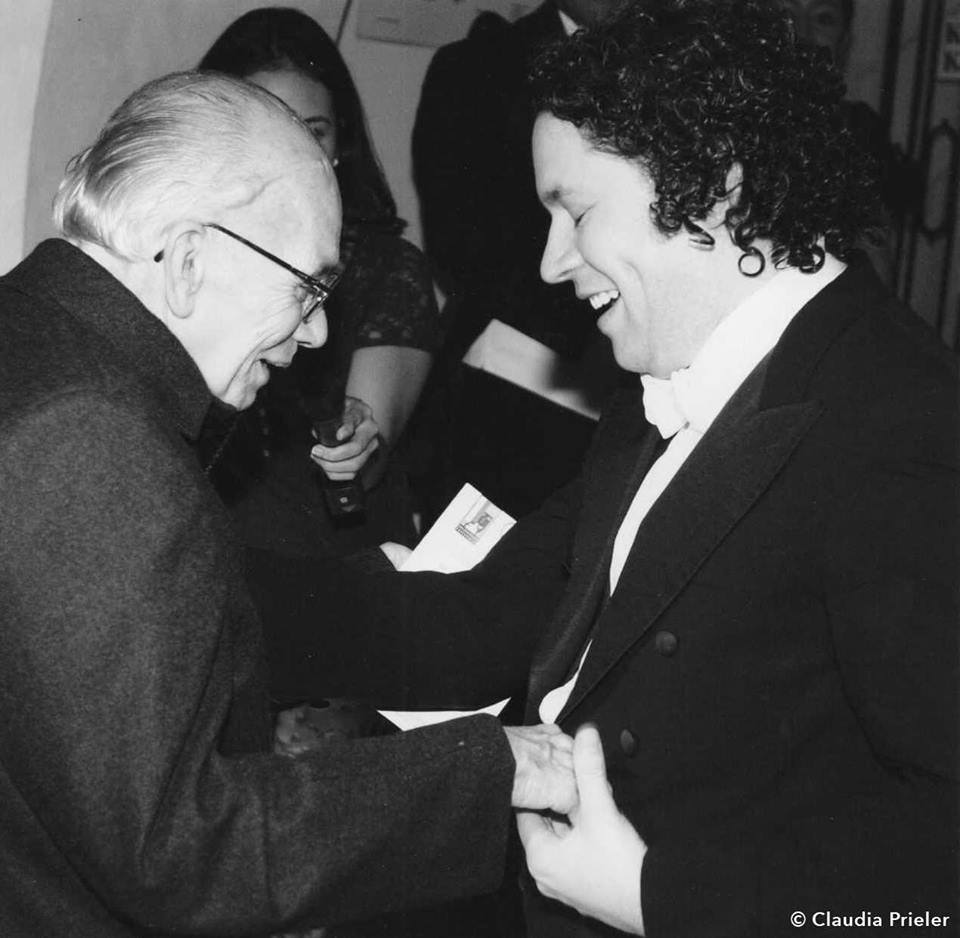