Having been running now for 52 years, spanning 43 series and upwards of 1000 teams, it seems fair to say that University Challenge is almost as much of a national institution as the Tower of London. However, while we addicts of the series can end up spending a total of almost 14 hours watching it each year- what goes on behind the scenes remains, aside from a recent documentary detailing the selection process, somewhat mysterious. As the latest cohort of hopefuls begin to trickle onto our screens in pursuit of the much-coveted title, the OxStu has tracked down University Challenge competitors past and present to give you the lowdown on the backstage drama.

The first question likely to arise in relation to the show is inevitably to do with the infamous quizmaster himself, Jeremy Paxman. Having taken over from the original host Bamber Gascoigne at the show’s re-launch with the BBC in 1994, to become the UK’s longest serving quizmaster, he is famed for his snappy and often cutting responses to some answers given, making it somewhat surprising that he acknowledges never having been “good enough to get onto it”. The suggestion this entails that much of his onscreen behaviour is simply a factor that contributes to the entertainment value of the programme is supported by the experience of a current member of the St Peter’s college team, who went so far as to describe his relaxed, off-screen demeanour as “a bit underwhelming”. While contact between him and the contestants backstage is minimal, it is tempting to feel that a true fan of the programme couldn’t help but be somewhat disappointed by anything other than an outright dismissal from the man described by The Guardian’s Johnny Dee as “famous for intimidating inquisitions, pricking pomposity [and] withering world-weariness”.

Yet this sentiment was not shared with all of our interviewees. Sam Walker, a member of the Somerville team who were runners up to Trinity College Cambridge in last year’s final, found that despite being slightly “warmer”, Jeremy Paxman off camera was “very similar to Jeremy Paxman on camera!”  This could, however, be more a reflection of the more relaxed side to Paxman witnessed by audiences in last year’s quarter-final. When captain Michael Davies breezed through questions on Economics, Paxman joked: “Some people find these questions quite difficult to answer, you know.” Paxman isn’t the only celebrity Somerville’s team, and specifically its captain, have won over: Stephen Fry, himself a former contestant on the programme, tweeted after the quarter-final: “Somerville’s captain Davies is delightful.”

This surprisingly mellow attitude is apparently matched by the interaction between competing teams. Where both The Young Ones, and later, St Trinian’s, have depicted the potential for rivalry in similar competitions to provoke dramatic courses of action both during the competition and beforehand, current contestants maintain that the interaction necessitated by the lengthy waits before and after filming rendered other teams “pretty friendly and happy to talk”. Indeed, the producers’ decision to host all the teams in the same hotel suggests a level of faith in the competitors’ behaviour towards one another. Sam compares the difference between this and the tension onscreen to a boxing match, where “the two guys who’ve been throwing punches at each other stop to talk, hug and shake hands”.

However, the lack of fireworks sparked by meetings with other competitors doesn’t mean they didn’t, at times, amuse. A fair few “bizarre pre show talks” were witnessed to have taken place- the content of which remains mysterious, yet watching some of the more unusual tactics employed by others may serve to instil a greater feeling of normality for teams with less elaborate plans, especially if, as one correspondent confessed “nobody looks particularly intimidating” in the competition.

A degree of attention has been paid to Manchester University’s preparation tactics, having won 4 times since 2006, they are often considered to be one of the shows greatest success stories. While many may be tempted to put this down to the institution’s status as the UK’s largest single-site university, thus allowing them a greater pool of potential competitors, it may rather be that their librarian, a former contestant, puts the team through a rigorous training process including buzzers and past questions.

Even the best preparation can’t cover all eventualities

Yet emulating the conditions of the competition requires a great deal of hard work and resources not available to all teams- in the case of this year’s St.Peter’s team, losing the occasional pub quiz had to suffice. However, the experience of Somerville last year, when one contestant became ineligible during the competition and had to be replaced, suggests that even the best preparation can’t cover all eventualities, something suggested by the various controversies that have surfaced relating to the show. Most notably, certain bodies feel uncomfortable with the fact that both Oxford and Cambridge colleges are permitted to enter separately, thus representing a far small number of students than other universities.

Fancy testing your dedication to the programme? Check out how Uni-C savvy you are with our quiz. 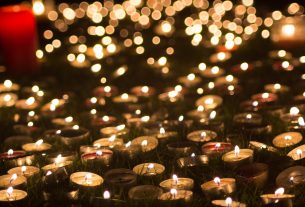 Pamplona’s running of the bulls