In many ways, Alex Salmond and Mel Gibson share rather little in common. But last week, representing the Yes Campaign, Scotland’s First Minister was very much the Braveheart candidate. Alistair Darling, ever serious, took the other podium.

Viewers outside of Scotland had some continuing technical difficulties during the STV broadcast, but the “do not adjust your set” moment came courtesy of Salmond’s question to Darling “would Scotland be at more danger from space attacks after independence?” This was, apparently, a reference to something a supporter had said, but a lesser man would have asked what it was that Salmond was smoking.

Back on Earth, Salmond’s line of questioning mostly fell flat. “Would people in Scotland drive on the other side of the road after independence?” he asked (quoting Labour’s Andy Burnham). With the words “it was a joke,” Darling aptly showed the limits of Salmond’s aggressive, rhetorical style. When Salmond can portray the debate as us-versus-them, it works, but not everything fits in the mould.

Salmond wasn’t helped either by the format, universally panned on-line: a mixture of questioning from the chair, “cross examination” by each other and questions from the floor, all peppered by adverts; it broke much of the debate down into short sections rather than the grand rhetoric that suits Salmond well.

Salmond tried another approach. “Do you agree with David Cameron?” he asked. Well, Alex, David Cameron is no Nick Clegg. Not everyone is bound to agree with him, and Darling showed no intention of doing do so. Cameron had ducked the opportunity to debate Salmond himself and Darling used his freedom to push for a vision of Scotland identical in almost every respect – save independence – to Salmond’s.

Having some time ago decided not to be drawn on an independent Scotland’s currency, Salmond found himself lashed to the mast as his ship ran into stormy seas. Despite twisting and turning, it was the most significant blow landed by either side during the debate. After that, Darling seemed content to “park the bus” and play for time.

“What’s Plan B?” one audience member asked Salmond. Well, quite. Even Mel Gibson knew what would happen if that went wrong and took something positive from it. But Salmond is still able to pull in those people who do believe, and Darling is happy to let him. In the early exchanges Darling had been more forceful and tried to counter that. It hadn’t worked.

It wasn’t as if Salmond had really taken a beating. It had not been his Bannockburn, but not his Waterloo either. Nevertheless Salmond was weighed down by expectation, and even those on the Yes camp had to temper their enthusiasm with the feeling that Salmond hadn’t quite reached top gear.

Round Two is on the BBC later this month and Salmond will need to pull his socks up. Darling should be on the look-out for a call from the Labour leader, such is the clamour for him to return to front-bench politics.

After the debate Darling was chalked up as the points winner – 56 to 44, said ICM; that roughly reflects how people say they will vote in little more than a month. But Salmond is a master of the political dark arts and has defied the polls before. He’ll hope that he can do so again, because at the moment it seems unlikely he’ll be able to reel in Better Together’s slender advantage come September’s poll.

James Burt is a recent alumnus of Brasenose College. An aspiring lawyer, he maintains a keen interest in politics, economics and current affairs. He can be found on Twitter as @jameswburt 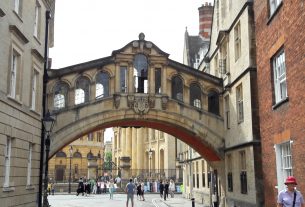 Now is the time to act against Putin

I’m not a feminist, and it is not my job to be one