Towards the end of the 1980s, at the very height of the tensions between the police and inner-city black communities, the Metropolitan police produced a report on crime in the Notting Hill area entitled ‘Life’s Not a Carnival’. It was an alarmingly ill-considered heading. It was at once an overt dig at the Caribbean festival that had caused them such headaches and a demonstration of their failure to understand just what the event meant to the black community who lived there. For Carnival is and always was a reflection of the lives of West Indian communities in Britain.

The concern for some among the current carnival community is that the festival is becoming a paler reflection of those lives, diluted by the dominant British culture, gentrified along with the area and straightjacketed by the establishment. Well over a million people from across Europe will flock to Notting Hill this weekend to join the frivolity. Despite its popularity the hard-core carnivalists fear that too few of these revellers will be there to appreciate its Caribbean dimension or uphold the values that the Carnival originally stood for.

As the streets begin to throb to the booming beats of the sound systems and bounce along with the throngs of followers from Ladbroke Grove to Wormwood Scrubs, most will not be doing so to the Caribbean vibrations of Soca but instead to anything from R&B, Jungle, House or Garage. Mass bands are accompanied by the floats of commercial sponsors who do nothing to perpetuate carnival culture. An article published years ago in The Voice, a black periodical, raised the view that many black youths were frustrated that white DJs such as Tim Westwood had become figureheads for their event. The fact that it is entirely justifiable to be irked by the presence of Westwood whatever the reason is besides the more serious point that the Carnival could lose its identity, its roots and its entire raison d’être if we forget what it was all about in the first place.

It may seem perverse that some of those people who have been central to the success of an event that has been heralded as a glorious and emphatic symbol of successful multiculturalism in this country are resistant to the coexistence of black and white cultures within the celebration. It may seem even stranger that Michael La Rose, a former Chairman of the Carnival Development Committee, wrote in 2004 that “Notting Hill Carnival is not an open door for everybody and anybody. Everybody must understand what Carnival is and what it is not.”

So why this resistance to change? Should cultural identity not be fluid and liberal rather than conservative and resistive? Unsurprisingly, the answer lies in the origins of the Carnival and revolves around the politics of partying. Though it will be obscured by the press coverage of the event, there is an influential faction of carnivalists who see the festival not as a celebration of multiculturalism but as an affirmation of black and specifically Caribbean confidence. For them, the struggle for Carnival mirrors the struggle to be recognised by society.

The Carnival’s genesis dates back to 1958 and the racial riots of the area. A decade after the Windrush docked, racial tensions came to the boil as a group of white youths went “nigger hunting”, sparking violent and bloody confrontations with the police and the black community. The next year, in attempt to “get the sour taste out of our mouths” a small-scale Carnival was organised in St Pancras and continued until 1964.

The first Carnival to be staged in Notting Hill was in fact an independent event, but established for much the same reason. In 1966, Rhaune Laslett, a local white social worker, envisioned a street procession of the culturally heterogeneous groups in Notting Hill and so it was in that year that 1,000 people gathered at Portobello Market for the first Notting Hill Carnival. The event quickly adopted a Trinidadian flavour, incorporating steelbands and masquerade as its core components. Trinidadian Carnival itself has its roots in slavery, where it represented an opportunity for black slaves to mock their masters through role play and masquerade. The British-Caribbean community were quick to latch onto this aspect of Carnival and adopt it for their own condition. Carnival leaders presented their street celebration as an expression of defiance against the discrimination of the police, politicians and white racists.

The growth of the Carnival into Europe’s biggest street festival is an admirable tale of community action prevailing in the face of Britain’s racist political culture. In 1989, however, the Carnival was in crisis. Crime had exploded at the festival in the previous years and allegations of corruption and financial incompetence led to the dissolution of the Carnival Arts Committee which was replaced by the Carnival Enterprise Committee. The change, however, was far more extensive than merely titular. The new committee was chaired by a new breed of second generation West Indians who had integrated into the British middle-class and would emphasise rational organisation and profit.

The new Committee was welcomed by the authorities but denounced by rebel activists for “taking black heritage and handing it on a plate to the establishment.” In the poetic words of the deposed CAC Chairman Alex Pascall, the shout from the ousted generation was:

Those who had struggled for years to offer a flicker of joy to a downtrodden community were pushed to the margins of the Carnival community. Those who bear the scars of decades of discrimination, bloody violence and the struggle to simply keep the Carnival alive feel the need to retain its Caribbean core, for they fear their voices will become once again lost among a crowd of whooping, wasted whites. It is their remembrance day; a time when they can come together to give thanks to those who battled in the face of Britain’s racist political culture for the betterment of the community. “It is the one thing and one time that is ours and ours alone,” says Don Letts, a prominent Carnival musician and Notting Hill resident. “There was a time when the only black education I could get was via the dark smokey blues party.” Carnival was ‘we ting’ and was the community’s contribution to British society.

Recent events in Ferguson act as a chilling reminder that dormant racial tensions require little gas to reignite in ugly and unsavoury ways. We are kidding ourselves if we believe that it is a problem that is limited to the other side of the Atlantic. Borne out of racial rioting that holds striking parallels with events in Missouri, the Carnival’s history and traditions are neglected to the cost of society as a whole, not only those who created and sustain it.

With this in mind, however, the celebration of Caribbean identity and the celebration of cross-cultural harmony do not have to be mutually exclusive events.  La Rose’s statement that the “Carnival is not an open door for everybody and anybody” seems a little counterproductive. The largely sombre tone of this article is an unfair reflection on a brilliant and vibrant event which has done so much good for race relations in Britain. Whether or not the white young things who attend Carnival in their droves recognise its political significance, there was a day when any gregarious intermingling of the races in that area would have been unthinkable and that, although perhaps not true multiculturalism, is at least a step in the right direction. Furthermore it is now undoubtedly a more peaceful event and even the media has started to focus on its positive aspects. Speaking of previous coverage Letts remarked that “the bad press over previous years almost convinced me that I might mug myself if I went to Carnival.” The broader narrative of the Carnival is one of improvement not disillusionment.

Ultimately, Carnival should be embraced as an event which can work towards a multicultural society, for this, as well as celebrating of Caribbean identity, is its contribution to British society. Within the Carnival’s all-important narrative it is often forgotten that it only became a particularly Trinidadian affair in 1971, several years after a white social worker had organised the first Notting Hill Carnival as a demonstration of cross-ethnic unity. Identity is always flexible.

The dilemma is how to allow this without overshadowing the Carnival’s roots. It is an understandable fear amongst a minority community who have been subjected to consistent discrimination that any concession to the community that has oppressed them will only lead to the eventual dominance of the majority culture. That is not exclusive to Carnival. Trust has been eroded and it will take time to heal. But if the Notting Hill Carnival can become an event where its black heritage is celebrated and commemorated alongside those of other cultures, surely then the Carnival can reflect the positive steps made by society just as it reflected the deficiencies of the past.

Perhaps this is not an ideal that La Rose et al would disagree with. At the end of his work commemorating the 40th anniversary of the Carnival, he had the following message for the public. “When you are wining in a band, jumping to a steelband or laughing at a calypso, remember who went before to make this possible.” 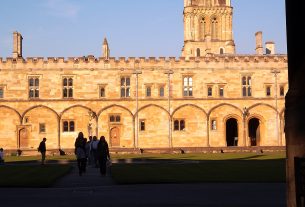 Trinity Term in Review: The low-down on lockdown