With Henry IV, Parts I and II, RSC Artistic Director Gregory Doran continues the new cycle through Shakespeare’s oeuvre which began with the Richard II that saw David Tennant play the eponymous tyrant.

This second instalment of the tetralogy has Sir Anthony Sher as its household name, as the infamous knight-come-clown Sir John Falstaff. And though Falstaff’s comic personality undeniably dominates and drives much of the action, it is the high calibre of the ensemble as a whole, rather than the fame of one cast member alone, that ensures the brilliance of this production, which entertains and engrosses from start to finish.

The threat of open rebellion is quickly introduced after the opening darkness and coronation scene introduces the historical context of the play. Henry ‘Hotspur’ Percy is firmly the heart and lifeblood of the revolt, brought to life by Trevor White’s singular performance, explosive, impetuous, manic to the point of utter derangement— not simply a chivalric foil to the wayward Prince.

Scenes of tomfoolery and the Boar’s Head tavern provide welcome comic relief from the conflicts of Henry IV’s court. Of course, the apparent division of the contrasting worlds proves as illusory for the audience as the career of rogue adopted by dissolute Prince Henry as escapism: as the first act ends, word of the Percys’ open defiance recalls the Prince to reality and his rightful place, leaving the audience with a sense of inevitability as the two worlds collide. Two battles play out before us on stage: the rebellion at Shrewsbury led by Percy against the King, and the rebellion of youth, of the heart, as Prince Hal finds he can no longer avoid responsibility.

In all areas the production exploits contrasts between humour and poignancy, light and shade. Visually, Stephen Brimson-Lewis’ stage design of earthy tones and timber frames with Tim Mitchell’s lighting vividly conjures at turns a perfect pastoral scene in Wales, the raucous Boar’s Head tavern, eerie moonlit nights and the mayhem of warfare.

Outstanding, though, are the various pairings which centre around Alex Hassell’s alarmingly charismatic Prince Hal. The Hassell/Sher duo unites Hal and Falstaff, old and young, in marvellous mischief that is a simultaneously compelling relationship of depth. The pairing with jocular Ned Poins (Sam Marks) is perhaps a perfect example of a ‘bromance’, and feels acutely contemporary— aided, no doubt, by their nod to drug culture in a scene that sees them gleefully dabbing stolen ‘sugar’ for a surreptitious high(!). Undeniably, though, the most powerful of these well-balanced pairings is that of the two Henrys, Hal and Hotspur, the fated rivalry that culminates with Hotspur’s death in battle. Smaller stand-out contributions include Paola Dionisotti’s Mistress Quickly, and Elliot Barnes-Worrell as harried tapster Francis.

Closing at Stratford-upon-Avon on 6 September, the production then goes on tour from 25 September before a London residency at the Barbican, 29 November through to 24 January 2015. Absolutely recommended. 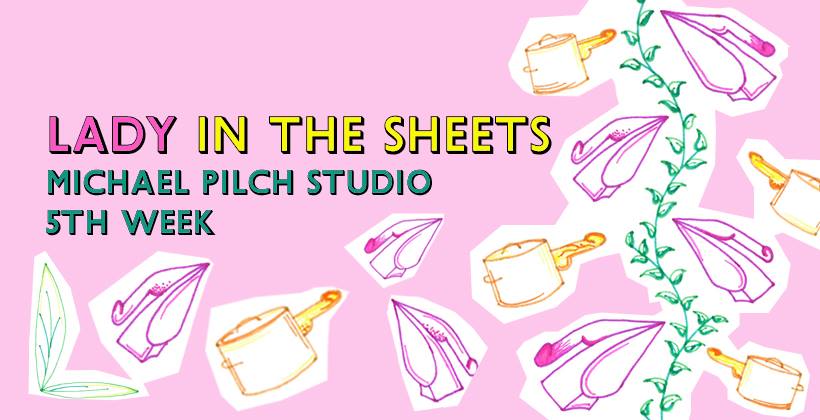 Lady in the Sheets: A ‘sex-drenched’ production at The Michael Pilch

Not quite having a whale of a time