New York Fashion Week is always going to be a cluttered with fresh, new designers coming out of the woodwork hoping to make a splash, and Jordana Warmflash, the talent behind the Novis line, is a name with great momentum for the upcoming Spring season. At 14, Jordana was taught to sew by her mother on their family’s old sewing machine, sparking her talent for design and craftsmanship. Following years of experience in her early career with design houses such as Zac Posen and Alicia + Olivia, in 2012, her very own brand, Novis, was launched.

Away from the flashbulbs and Instragrammed filters of the catwalks, Jordana Warmflash is quietly showcasing her Spring collection in the Industria Studios in Manhattan, with a presentation that she hopes will one day graduate to a runway show. Novis is certainly not without its own buzz however. The line won the 2014 Ecco Domani award in womenswear after just two seasons. Previous winners include Proenza Schouler and Alexander Wang, both of whom are now two of the biggest names on the current New York Fashion Week calendar. If you need any more convincing, Warmflash netted a $25,000 prize to fund her Autumn 2014 collection, not to mention a huge boost in her press ratings which may be why her now-famous green crop top and skirt duo was selected by none other than Taylor Swift for her entrance at the 2014 Teen Choice awards. Talk about good publicity…

While Warmflash continues to work towards what will undoubtedly be a hugely successful career in the New York, as well as the global fashion field, what can we expect from her current collection? Think bold, pop-art prints in smart, tailored styles and show-stopping colours. If I were you, I’d keep an eye on this one…

J’aime la vie. Joie. Simon Porte Jacquemus’s style is an ode to happiness, to life, to the traditional French joie de vivre, as the sentences knitted on his crop tops and sweaters show, as the bright pops of color bear witness to. His collections intertwine all art forms : movies, music, books, fashion. He mixes a blend of classic French culture – from Catherine Deneuve films to our bleu-blanc-rouge flag emblazoned on a white blouse – with a witty modernity and false simplicity. “My creations seem simple, but if you try and wear them, you’ll see that they have a little more depth and that they aren’t that easy to stylize.” He says. His muse for all his creations is as attractive as his clothes are : your stereotypical French girl on vacation, playing la femme-enfant, lost in her dreams, within the world without quite being in it. A falsely innocent Brigitte Bardot in Godard’s iconic Et…Dieu créa la femme. Jacquemus is a constant contradiction which refuses to take itself seriously. It’s insolent, chic, and 100% French. At only 24, this enfant terrible from the South of France has already started to build his very own fashion empire, and has been noticed by the biggest names in fashion, including the one and only Emmanuelle Alt (Vogue Paris, Editor-in-Chief).

Drawing her inspiration from cultures across the world, from America to the Far East, Andraya Farrag has created BEDOUIN, a brand of contemporary womenswear with a confident, spontaneous style. The Central Saint Martins graduate has a unique aesthetic, merging urban sports-luxe, expressive fabrics and a hint of androgyny in her sleek collection. Farrag cut her teeth at labels such as Marchesa and Matthew Williamson, which she cites as influences. She has also travelled extensively, living in New York, London, India and Dubai. For Farrag, the mixing and clashing of cultures that she has witnessed on her travels is central to her design aesthetic, which focuses on the ideas of contrast and juxtaposition. Although she calls London home, Farrag has been heavily influenced by the urban culture of New York, the effortless street style of Denmark and the bright and varied colours of India. Dubai, meanwhile, has provided inspiration in the form of luxurious fabrics and a rich colour palette. The resultant collection features easy-to-wear clothes characterised by a meticulous attention to detail and contrasting surface textures. The designer’s new launch in Dubai from October will see her label expand to reach a new market and give a different group of fashionistas the chance to try her luxurious yet effortless silhouettes.

During the coming LFWSS15 (yup, hefty acronym), Fashion East – a panel set up to select the emerging young designers of tomorrow, previously responsible for having unearthed such globally-welcomed designers as Meadham Kirkoff and Marios Schwab, has selected as one of its Names to Watch (and granted some venerated floorspace) Helen Lawrence, a talented clothes woman who cut her teeth at none other than Alexander McQueen. Nonetheless, Lawrence is one to watch because she never shies of individuality – you won’t see her rehashing the signature McQueen extravagance, even if she has learned some tricks of the trade about Style Over Fashion from the master house. If Lawrence’s last Spring/Summer collection is anything to go by, expect the antithesis of angular lines: a powder pink jumper that defends itself from accusations of frivolity by the addition of upbeat intarsia swirled delightfully around the fabric in bold, graphic squiggles is the designer’s own standout piece. There’s a playful defiance about Lawrence’s work; her coming-of-age at Fashion Week is sure to be one to watch. 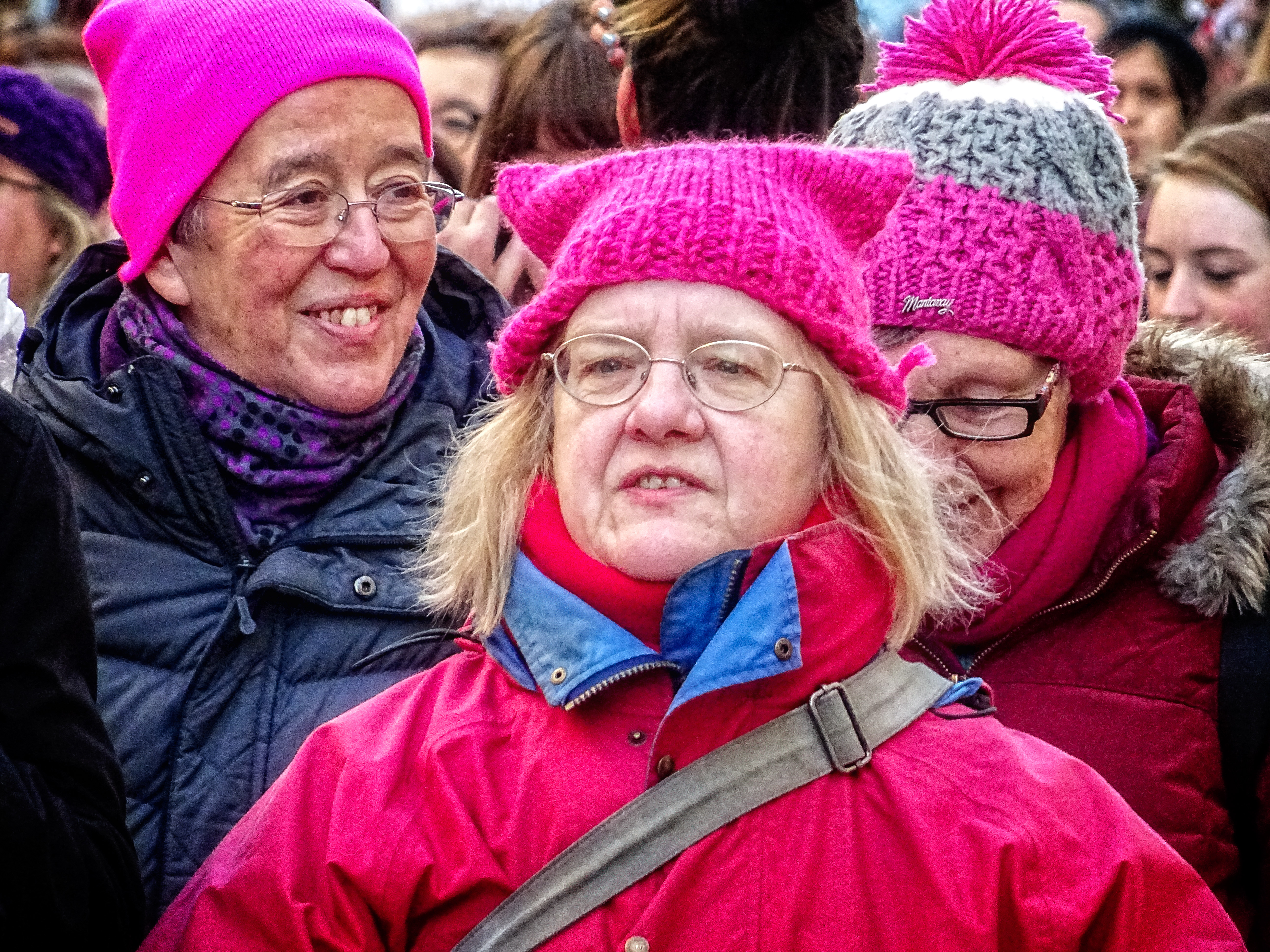 Pussyhat Grabs Back: Understanding the Fashion of the Women’s March on London 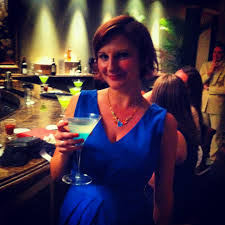