Six-piece American group Phox returned to the UK in August, following the release of their self-titled debut album at the start of this month. The charming record has gained the sextet coverage from a whole host of publications, including the New York Times, as their coverage and fan-base starts to grow. We had a chat with Matt Holmen, who, along with Monica Martin, Jason Krunnfusz, Zach Johnston, Matteo Roberts and Davey Roberts, makes up one sixth of Phox, for a chat about the new album, his musical journey and being a small-town band.

Although mention of Phox may return a few blank stares, the band have found themselves growing in popularity in the UK. They’re touring here later in the year, but stopped by in a whisk of European festival dates to play a couple of venues. Their gig at St Pancras Old Church, in London, sold out completely and iTunes recently chose ‘Kingfisher’, a  soulful folk song from the album, as a free-single of the week.

Due to their downrightly unique sound, it can be somewhat difficult to translate the music into words. The instruments themselves are bright and light, with Monica Martin’s lead vocals melodically tying the instruments together with ease. With such a gifted singer and individual musicians, its no wonder that Phox are gaining success without mainstream music. “We’re a melody first band.” Matt said, pausing a little when asked how to pin Phox down. “We use a lot of different musical idioms but I think at the root of it it’s folk music. I know that’s hard to define these days. People sometimes say we’re techno or chamber folk too.”

Despite creating this wonderful blend of folk, the band members themselves are not so heavily involved with the genre. “Everyone [in the band] has very different tastes – from rap to choral music to soul to indie-rock and some hardcore even. There’s a whole variety.” This versatility has allowed Phox to play festivals and gigs alongside a wide spectrum of artists. Most notably, the group supported Laura Mvula when she popped to the States, as well as The Lumineers last year. “It was Laura’s first time in the US – I think she was coming for Coachella – but we caught her on the East Coast.” explained Matt, “We played in some really nice, attentive rooms. People were definitely there to listen which was so nice! Over here, we got the iTunes Festival slot with The Lumineers last fall. I think that was the biggest show we’ve ever played. It was at a really amazing venue too, the Roundhouse in London!”

Playing to crowds across the pond was never on the Wisconsin band’s radar. High school friends who went their separate ways following graduation, they all found themselves return to their town of Barbaroo, where Phox was born. “We’re all from the same small town,” Matt put it simply, “so it’s really challenging to not make music. We all played in different groups for a while, but really we all just ended up in the same place at the same time. Music was a thing we could do together, as it was for the majority of our friend group, so it was just a way to hang out. Then we had other friends in Madison [Wisconsin, where Phox settled] who encouraged us to play more shows and get out and do more.” The band actually got a house together too, as they were starting to pick up the pace with their music. But, how does living in such close proximity affect the group? “It just connects everything else, I guess.” mused Matt, “We had an idea of how to work together in other ways. There’s a shorthand when communicating about music because there’s a lot of crossover in how we communicate with each other about personal things, like doing the dishes.”

Be that as it may, Phox found themselves emerging onto an already competitive music scene as artists from music hotspots – Los Angeles, Brooklyn, New York – were regularly catapulted to the tops of their fields. Barbaroo and Madison are not quite known for the same amount of music artists, but Matt feels their origins only worked to their advantage. “I think it’s easier. We’re more directly in touch with the fanbase, being from a smaller town means you have a quicker route to understanding your demographic and being able to feel something for it. It’s actually so much less competition – there were just a couple of our friends’ bands in the same genre as us. I mean, in Madison we have the whole reggae and punk scene which we’re not really a part of…at all a part of.  Being from a small town was a benefit for us. It allowed us to grow quickly and develop our music ourselves.”

For Matt, Wisconsin always held the possibility of musical stardom. “The first time I conceptualised being in a band was with Zach when I was ten. I think we sang into a shampoo bottle…wait, no. That’s too stereotypical. It must have been a ball-point pen,” he corrected, “and we were singing into a mirror to Reel Big Fish, Zach was playing guitar and I was singing into the mirror. He was like ‘Hey Matt, the crowd’s over here.’ So I turned around and faced the other direction”.

Although the musical dream began a good time before, the members of Phox have found that in the two and a half years since the band’s formation the group has changed musically. “We’ve taken away some of the excess elements. We, for a long time, improvised a lot and played over each other to see which ideas were sticking. We’ve learned how to collaborate without just shouting over each other. The music and the genre and the instrumentation is primarily just the same but the way we’re playing it is different.”

Phox’s debut hit British shops at the very start of September. “These are all the best songs we’ve written as a band. Some of them are two years old, some are only a few months old. We’ve been adjusting them and playing them in different settings – some of the songs have been played in coffee shops in Madison, as well as at iTunes Festival in London – and through the playing of those songs we’ve found arrangements of them that we felt was appropriate. It took a while to get through all the ideas, so after pulling all that stuff we wanted to put out a group of songs which we thought were our strongest over the last couple of years.” The fact that almost every song, including Matt’s personal favourite 1936, was recorded in a day or two pays tribute to the band’s professionalism. The album was released in the USA earlier this summer, to some great reviews. “The reception has been incredible,” Matt gushed, “We toured the US for about two months and it was really surprising in places that we’d never been to before, where people knew the songs.”

The next few months are certainly busy for Phox. With a US tour followed almost immediately by European tour dates, including some in the UK, and then more festival slots, the group will surely take a well-deserved holiday rest. 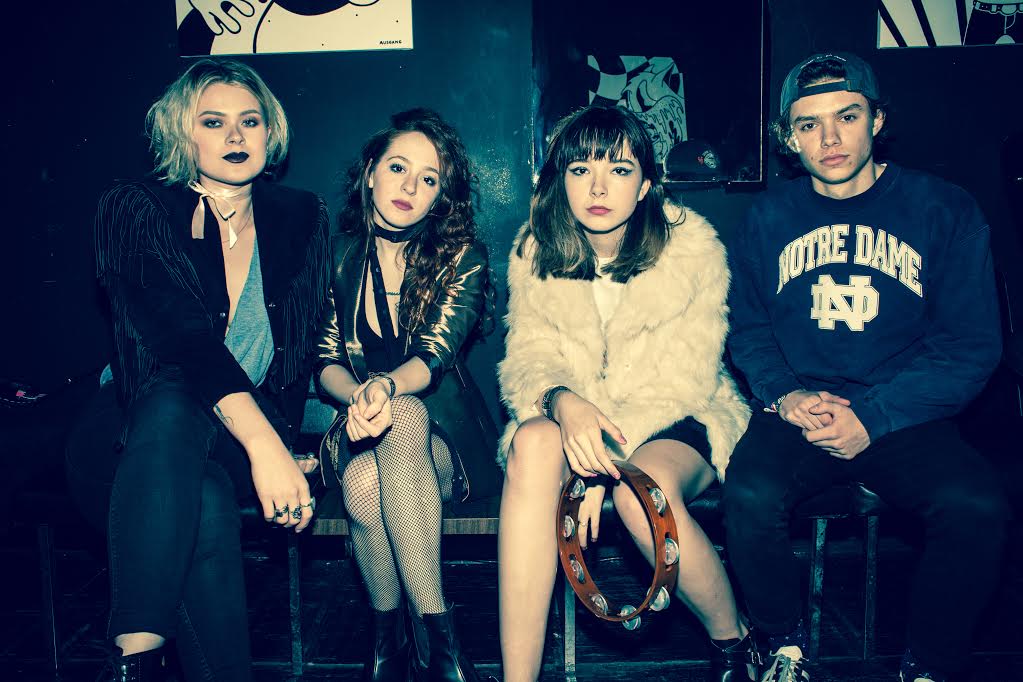 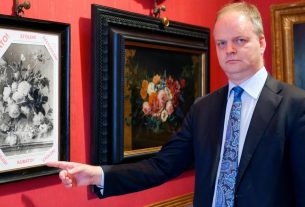 Paintings as Objects: The Physical Artwork