As I was sitting today researching trendy hangouts in Paris for a Fashion Week feature – a.k.a. the kinds of places frequented by people who wouldn’t touch the word “trendy” with their ten-foot cigarettes – I found myself with a quite understandable brûlée-ing desire for some French fare. More specifically, something sweet. And by five o’clock this evening, my editor had begun to resemble a giant croissant. It also just so happens that in an act of foolish clumsiness akin to vomiting on Carrie Bradshaw’s shoes, last night I dropped an entire tray of cupcakes destined for the eighteen-month-old on the kitchen floor. Literally taking candy from a baby. Now the French really do know how to put the complex in complex carbohydrates, but there IS a Hummingbird Bakery on my way home from work and I had to atone for my sins, so that had to do for the site of my religieuse experience. And calories don’t really count when you’re buying something as a gift for someone else, non?

On language, literature and fashion 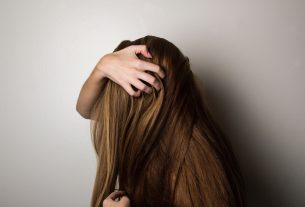 What Is It About Hair? The Idealisation of Long Hair in Western Culture

How to reinvent the ’90s revival