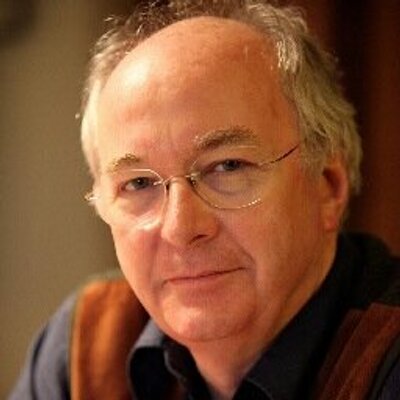 Philip Pullman has strongly criticised university fees after contributing to a prospective student’s crowdfunding project to fund her postgraduate studies at Wadham.

The author of the His Dark Materials trilogy made a “generous” donation to the crowdfunding project of Emily-Rose Eastop, who begins her Masters this year studying cognitive and evolutionary anthropology.

Pullman, an alumnus of Exeter College, said “she wrote an interesting letter and I decided to give. I don’t give to everybody who asks, but she made a good case.”

Pullman said: “Some people have got money for university and other people haven’t. It’s an unjust system – when I went to university we didn’t have to pay at all. Now people can’t go at all unless they can acquire some money. I don’t think students should have to pay. It should be free. It’s absurd and criminal when everything’s got to make money. Everything is being privatised and monetised. It’s a dreadful system and a deplorable way to run the country. I’m against it in any way possible.”

Eastop, who graduated from Magdalen College in 2010, used the crowdfunding website Hubbub to raise the £26,000 necessary for her course. She said of Pullman’s donation, “It wasn’t crazy but it wasn’t a token amount either. It was generous.” Harvard psychologist Steven Pinker and cognitive scientist Douglas Hofstadter also made donations to the cause.

Eastop criticized the lack of funding available to postgraduate students. She said, “I did apply for a grant but didn’t get one. They [Wadham College] said they had nine times more applicants than they could fund.”

Her Hubbub page appeared in the Telegraph and the Daily Mail, and her YouTube appeal, ‘Get ‘ER to Oxford’, currently has over 32,000 views. She told BBC Newsbeat after reaching her target, saying “I’m absolutely over the moon. I’m so encouraged and so inspired by what we can do when we get together.”

She has pledged to keep her backers informed about her studies through a private blog, saying “The idea is that you do the masters with me. I will publish easily digestible summaries of all the essays I write, interesting ideas from lectures I have been to, cool quotes from books I’m reading and people I have spoken to and anything I think you might find thought provoking or entertaining.”

A spokesperson for the University Press office, commented on the state of postgraduate funding, saying “Fundraising for postgraduate scholarships is one of the University’s key priorities and this year over 1,000 fully-funded scholarships were available from the University, its colleges and supporters for new master’s and doctoral students in 2014-15, which puts us in a very fortunate position compared to our UK peers.”

“But for the many aspiring graduate students who do not receive scholarships, it can be very difficult to find the money for their studies and we hope that more can be done at a national level to ensure post-graduate study is open to all.”