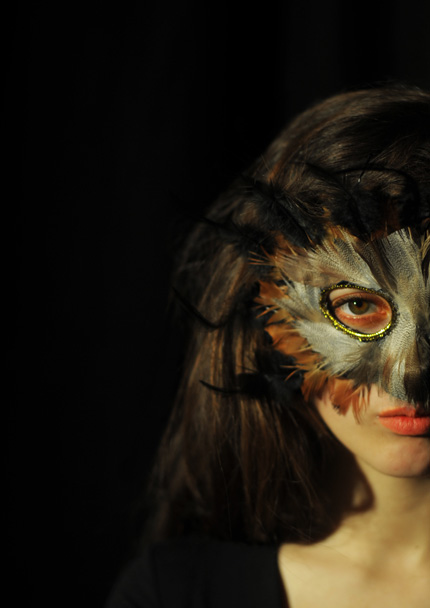 An Oxonian institution worth celebrating, the triennial Oxford Greek Play is going strong. Following on in the footsteps of 2008’s ‘Agamemnon’ and 2011’s ‘Clytemnestra’, this year’s installment will complete Aeschylus’ trilogy with ‘The Furies’, under the directorship of Arabella Currie. Where 2011’s ‘Clytemnestra’ was unusually interpreted with elements of Japanese theatre,The ‘ Furies’ promises to renew Aeschylus’ play with a stark, tortured aesthetic. Director Arabella wants to strip the play down to its core, to see Aeschylus as “a painter and a musician”, vividly bringing out the colours and rhythms of his work. Although the visual elements of the production are not quite in place yet, (though talk of “oily” Furies and “metallic” Gods certainly piqued the imagination), it is easy to see just how central movement and rhythm are to this production.

Influenced by the strange sculptures of Henry Moore and the haunting paintings of Francis Bacon, the choreography of the Furies (the play’s chorus) is entrancing as they contort their bodies, crawl and squat on their haunches like wild animals (perhaps evoking the savagery of life in a society not knowing Athenian justice). During scenes in which they fade more into the background, the Furies still ebb and flow across the stage, a palpably menacing presence; as Orestes supplicates the Gods for forgiveness, the Furies gradually surround him, avatars of an inevitable fate.

The only presence which subdues them is Apollo’s – yet even he, supposedly an envoy of true justice, is subsumed by the bleak, macabre aesthetic, as he creepily caresses Orestes’ back and almost throttles the Furies to direct them to where he wants. In similar fashion, we watch the ghost of Clytemnestra emerge from a sort of plastic cocoon with jerky, robotic motions, which convey a whole world of torment and anger. A lot of work has clearly gone into this precise choreography, and indeed when speaking to the cast and director, we find out that to come up with ideas, they have not only watched and improvised from old mime videos and practised imitating predator and prey sequences from old David Attenborough documentaries, but even prepared for some rehearsals with yoga sessions!

Complimenting this fascinating choreography is an array of musical devices. Intermittent gusts of shrill string music, followed by staccato salvos of percussion, stretched the tension taut like a bowstring, while the chorus sections have been transformed into song, song which sounds darkly, perversely lyrical, yet is also contorted with strange angular intervals. One especially brilliant chorus section saw them alternating a breathless, panting a cappella of panic with a slow, dreamy interlude – similar contrasts abounded; the often joyous music jarred powerfully against the gruesome content of their verses. Composer Joseph Currie informs us that, in addition to this already rich range, there will be a semi-improvisational element in the ensemble playing.

The acting still has some way to go, but performance was pretty strong from all, with Hannah Marsters’ Clytemnestra and Jack Taylor’s commanding Apollo as standouts. Overall quality is astonishing for a play in ancient Greek in which half the cast don’t even study Classics! No matter how many rooms you put in your memory palace (apparently one cast member’s technique for learning lines), memorising that many words, which are essentially gibberish to you, is an incredible feat. Given how potent this half of a run-through was – without costumes, lighting, set (and everyone knowing their lines!) – we can only imagine how good this is going to be.

The Furies plays at the Oxford Playhouse from 15 October until 18 October.

Review: Avenue Q may be just up your street