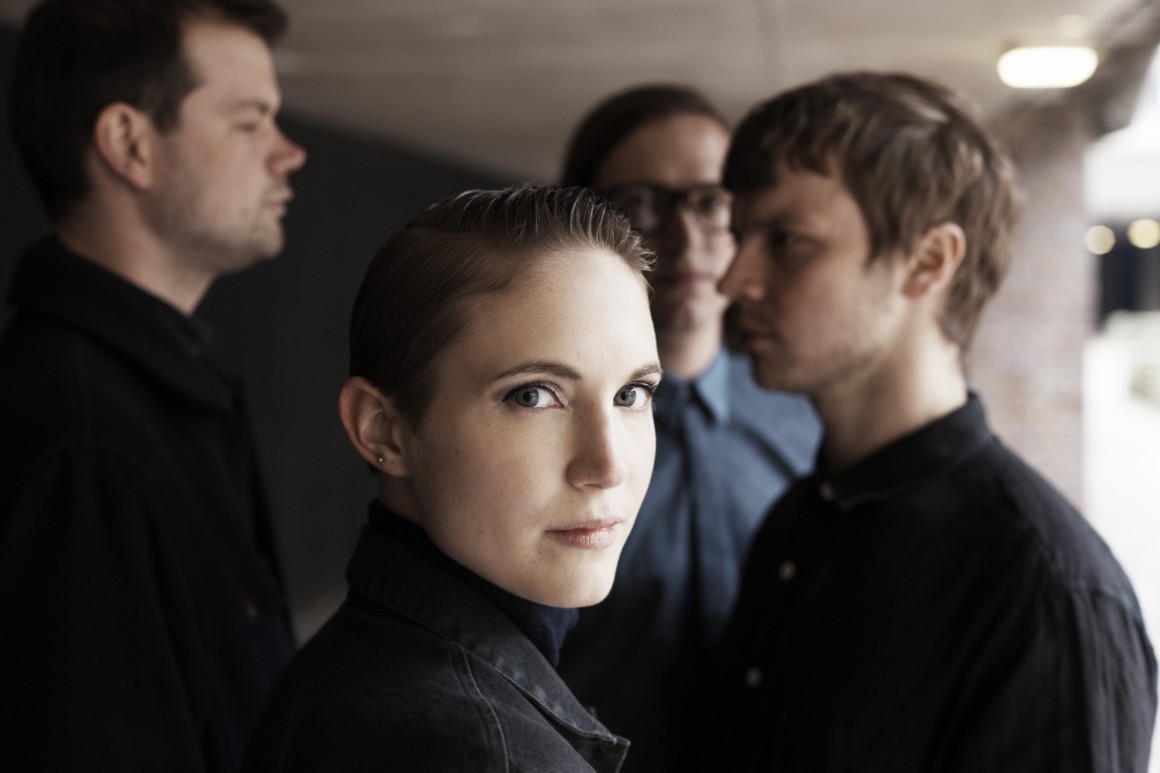 Woman’s Hour pick up attention without always trying to thanks to their band name. The relieving thing about this is that they deserve that attention. Their brand of smooth indie washes over the listener, using unobtrusive synths and occasional brass, to create a blend of some of the best elements of indie music.

They’ve been garnering support for a while now, having first released singles in 2011 before taking a break to record an album at their own pace. Fiona Burgess, the band’s lead singer, said that initially, everything happened very quickly for the band.

“When we first started the band, we were completely naïve and non-professional. It was a case of playing in our bedrooms. We didn’t really expect to ever release anything.”

“When we were first approached by someone to release a single we were kind of flattered. I think that the fact that we were so flattered kind of worked against us because we weren’t prepared.”

“We didn’t like the feeling of not being involved in something which was representing us and our music.”

“It was after that moment that we all decided to commit to the band in a more professional way.”

It became a very holistic approach that the band took, making sure that they were in control with all of the visual elements of their performances, art work and videos. At Village Underground in London, where they kick off the tour which also recently took them to Cellar in Oxford, the stage is dominated by the same pyramids which make up the front cover of their debut album.

“We also met the artists Oliver Chanarin and Adam Broomberg. They’re photographers but they’re really kind of fine artists. They showed an interest in our curiosity about art work.”

This new friendship sparked a collaboration based around the use of pedagogic manuals which contained the equivalent of the internet age’s stock photos.

“We looked at these images and thought, “Well, what happens when you take them out of that context, how do you read them?””

“When they’re used as artwork, they’re completely recontextualised, they take on a different meaning. And also they kind of maintain this ambiguity.”

Ambiguity is a core part of Woman’s Hour’s creative ideals. Taking complete control of the visual aspects of their output was particularly an effort to not have a message dictated over it. When Fiona talks about the band’s latest single, ‘In Stillness We Remain’, she seems cagey about it.

“For me I guess it was a kind of reflection on a time of uncertainty and that’s actually what the whole song is about. It’s about kind of being in limbo.”

It’s only later in the interview she admits that Woman’s Hour try to shy away from an over analysis of their songs.

“I struggle to articulate songs’ meanings because I feel as though there’s some beauty in ambiguity and there’s beauty in the eye of the beholder.”

“I remember being a kid and my mum taking me into an art gallery. She refused to read any of the literature about what she was about to see before she went into the space, because she just wanted to experience the artwork. She didn’t want to be told how she should read it or what it was she was seeing.”

“I think that experience really affected me as a kid and I became really fascinated with the idea of not knowing that much about what I was looking at.”

“If you’re curious enough you can always find out afterwards but there’s something to be said about allowing the viewer or the listener to not be told.”

It’s a refreshing manifesto to hear when bands are often hounded to impart what all their creativity is based upon. Artists like Taylor Swift get to see the double edged sword of this element of music journalism, as she is criticised for making her songs references too explicit.

With a band name like Woman’s Hour, you would expect the band to have some strongly held opinions, but you would be wrong to read the band name as a statement. It was actually a result of the band naming their original song writing efforts after Radio 4 shows. Woman’s Hour was the one that stuck.

The portrayal of women in music is still something that concerns and perplexes Fiona Burgess.

“There’s this obsession with the central female character, rather than looking at all the different women in the music industry”

“The way we view women [in music] is like they are the lead singers. Rarely are guitarists or drummers or bassists, who happen to be women in a band, on the front cover of magazines. It’s always this kind of individual iconic female popstar.”

“I think that’s something that worries me. There’s this obsession with the central female character, rather than looking at all the different women in the music industry who are behind the scenes, or at least not in the lead role.”

This attitude pertains in particular to Woman’s Hour who despite being female-fronted, are very much a four person band.

“Josh (Hunnisett, keyboards) was saying that when you see four guys you think of them as a band but when people see one female singer and three guys, they might just think that [the men] are the backing band.”

“There’s this kind of social code that plays into everything.”

New Band Of The Week: Hauschka