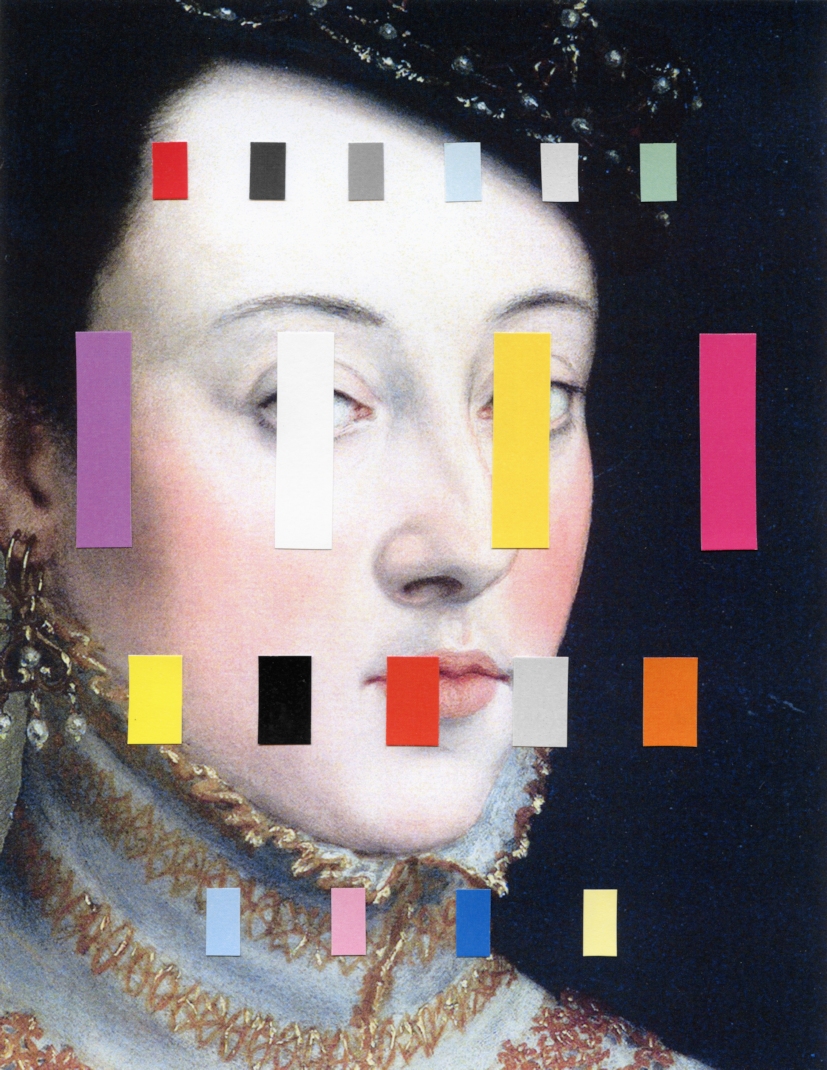 Chad Wys is one of my favourite contemporary artists. I tried to start this article with something that sounded more professional than that, but I thought I should just be honest. His work is conceptually focused without being aesthetically compromised, it’s approachable without being dumbed down, and it’s fun without ever lacking gravitas.

After Wys completed Masters at Illinois State University, his studies in art theory, criticism and philosophy led to an interest in conceptualism, minimalism and the postmodern as well as the idea of “objecthood”. A major theme in his work, “objecthood”, for Wys, covers questions of “how we decorate our lives with arbitrary as well as meaningful things; how we objectify the ones we love and the strangers we see; how we objectify pain and death; how we objectify complex and sensitive cultural histories.”

Although he describes himself as an “apprehensive artist”, the immediate impact of his adept use of colour and form mean it’s hard to imagine his skill going to waste. When working canvases of readymade works Wys either commits to a completely complementary or a caustically contradictory colour palette. The “aggressive” addition of foreign colour to the familiar, is Wys’s way of creating new meaning from the ensuing tension between ‘paint’ and ‘canvas’. This satisfying visual disharmony is a form of destruction in its own right, asking the audience to question their own response to reviewing a reclaimed object. It is the erection of these barriers of colour “between the viewer and the object through which one must negotiate an understanding of what is both present and hidden” that Wys sees as his “distinctive vocabulary suitable for not only sharing ideas but provoking serious deliberation in the viewer”

“Sure, I’ve got some ideas I want to get across, and aesthetics will always be my main tool for doing just that, but it’s out of my hands by the time it gets to you.”

His most popular pieces feature reproductions of images like those he saw in the “picture books devoted to 19th and 20th century painting” that captured his imagination at a young age which have been reworked and reimagined. In his choices of media Wys experiments with mixing the technological and the traditional with a view “to blur the boundaries between the material and the digital”. This range of visual sources, styles and suggestions make the audience unquestionably aware of the reappropriation at work in front of them. Consequently, the marks that Wys leaves on these readymades can’t help but to instantly evoke images of “R.Mutt 1917” signed on a urinal in their sentiment and often their line quality. These acts of applying contemporary ideas and marks to objects from the past plays with ideas of social constructs, meaning and influence. Wys strikes up this multifaceted conversation with the viewer to engage them into considering their own conceptions of object ownership as a marker of both social and self worth.

“When people get angry at me for “stealing” and/or “vandalizing” another artist’s “hard work,” they unwittingly underscore the complex web of problems at play in our visual world, since, really, I’m doing nothing of the sort; quite the contrary in most cases, I’m pointing out that the original was “vandalized” the moment it was reproduced”

Additionally, Wys only works on mass reproductions of works further raising questions of both image ownership and what it truly means for a work to be an original, especially “in the age of the Internet reproductions, which are now digitally transmitted instantly and endlessly, are more present and more malleable than ever.” Wys warns us as observers to “be as vigilant as ever to distinguish between aesthetics and context, form and function, and the re-presentation of likenesses and the disassociation from referents.”

But, ultimately, what lies in Wys’s work is entirely in your hands as “in the end as in the beginning [he is decidedly postmodern leaving] the activity, reception, and understanding of my work entirely in the viewer’s hands.”

You can see more of Chad’s work on his website, tumblr, facebook, twitter and pretty much every other social media platform, or you can read our interview with the man himself here

An heroic attempt to Handel Hercules

Fifty States in One