The charges relate to the attack on Jeanne Marie Ryan in popular nightclub, Plush Lounge, on 22nd March.

The attack on Ryan led to widespread attention on social media after she posted a “#nomakeupselfie” showing the injuries she received.

According to Ryan’s report, she was groped on the dancefloor and when she resisted she was punched in the face. Her assailant then knocked her to the ground and proceeded to hit her a further six times when she attempted to stand back up.

Ryan said she was assaulted “for telling a guy in a club who groped me that it is completely inappropriate to touch a woman without her consent, I was beaten. He told me to “Smile!”, too.”

Ryan told Cosmopolitan: “He seemed really angry that he hadn’t knocked me out straightaway.

“I was bleeding profusely and as he walked off, I was yelling at someone to stop him from getting away but he just walked out of the club.

“We had chosen to go there because it’s an LGBT club and we just wanted to dance with no hassle. Everyone who goes there thinks of it as a safe space – it’s great for dancing and not being bothered by guys.”

After the assault, Ryan set up a Just Giving account and raised £16,000 for the Oxford Rape and Crisis Centre. 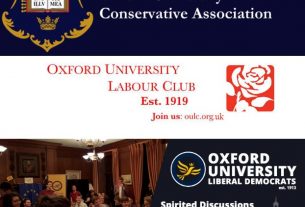