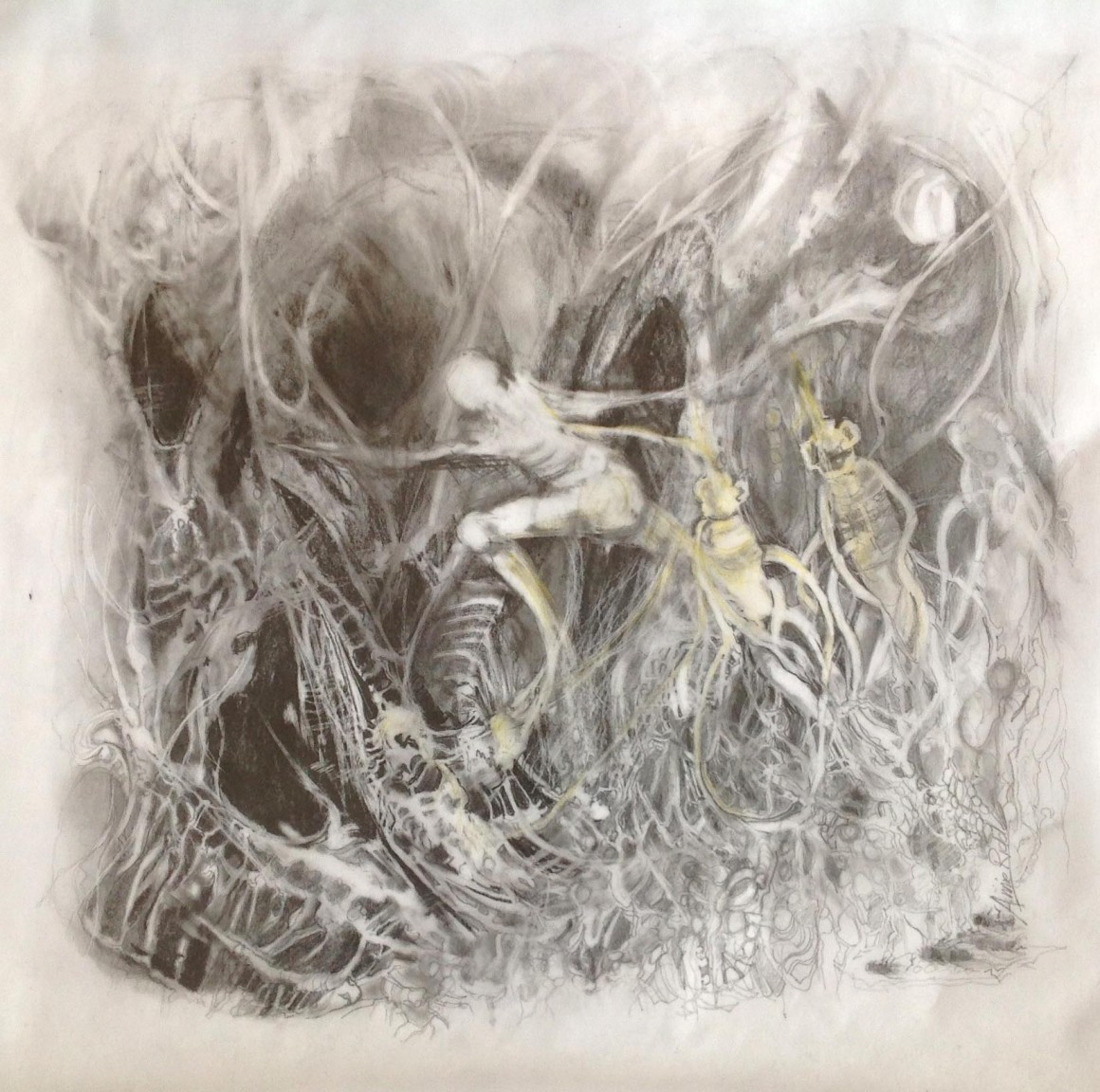 Oxford plays host to any number of would-be authors/English students, but LP Lee is the real deal. Her short story, ‘Reflections’, appeared in the Oxbridge anthology ‘The Obsidian Poplar and Other Stories’, and is on its way to becoming a film, alongside two of her other tales ‘The Feast’ and ‘The House of Locks’. Lee’s short stories are at times terse, at times grotesque, but always captivating, often devising nightmarish realms whose likeness to reality add to their power.

Lee divides her writing process into two parts. “The first is letting the mind wander, because it’s when you’re not really focusing that unusual connections get made and inspiration comes. I think especially with the encroachment of social media into our every waking moment, combined with a puritanical guilt about always being ‘productive’, the idea of disconnecting and letting yourself daydream can seem decadent to a lot of people. The second is where I reach for the coffee-maker. I sit down and concentrate for a long stretch of time without much of a break, just focusing on getting the story down as quickly as possible. Then I edit, leave it to sit for a while, return to it and edit again.”

Although perfect for the sharp and often dark narratives, short stories weren’t first choice, she admits. “I have several half-finished novels looking miserable and unkempt in my virtual desk drawers” – short stories were a way of practicing discipline in writing. Now that some of the works are being written up for the screen, how closely does she feel the adaptation should stick to the original script? “Although we’ll have to wait and see how big the changes will be, I do appreciate that everyone has their own talents, and I’m happy to give filmmakers space for their own creativity… I don’t want to ever be too precious in how a story is interpreted by others.”

Lee’s voice is so powerful in part because of the way it straddles Eastern and Western influences, acknowledging both without creating a hierarchy. ‘Reflections’, for example, takes place in Korea and deals with the impacts of cosmetic surgery there, but is naturally refracted through the medium of English. “There is real grassroots tension between East and West that arise from factors like nationalism and xenophobia…Being half-Korean, half-English, I’m aware that my voice could be attacked as illegitimate for not being ethnically ‘pure’ enough. So for example I always run my Korea stories by my Korean friends and family first, to double-check that they feel ‘authentic’.” Another powerful component of some of her tales is the grotesque. Stories like ‘The Man-Root’ force readers to confront the viscerally painful which, in Lee’s words, “communicate[s] ideas more memorably. A Korean Oxford student said that my endings are her favourite parts, because she always anticipates a shiver. I’m happy to make a reader shiver, because I think it’s this shiver which drives a message home.”

When asked which genre she writes in, Lee says that as an author, she isn’t so convinced about the importance of the idea, and that it is far more useful for publishers and editors. Fittingly, her work has influences from a spectrum of authors, photographers and visual artists. Recollecting a Daidō Moriyama photography exhibition, she remarks “the way that you could view his work all together in the gallery space created a powerful atmosphere, and a sense that there was a mystery just outside of the lens’ view, in the peripheral vision. I left that exhibition wondering whether a collection of short stories could create that kind of atmosphere.” In terms of authors she admires, Borges, Carter, and Dostoyevsky are all there, and she cites Hemingway’s advice: “All you have to do is write one true sentence.”

In a fitting manner for an author whose visions of the future can be distressingly dark, she concludes discussing writers of the future. Rather than saturation of the market, Lee states that social climate which says fame is the only claim to success is a greater issue. “Many writers sense that they must justify putting time and energy into the craft, and that ‘productivity’ should be quantified by fame and fortune. But writing is a wonderful craft in and of itself, and the more people it brings pleasure to, the better!” Her thinking on the internet is equally tempered, acknowledging that whilst many new opportunities have appeared, “the idea that it’s more democratic for writers is also to some extent a myth. For example, big companies are monopolising online book sales and setting non-negotiable frameworks.” Even the next generation of readers might be altered, she worries, “creating a generation that is impatient and easily distracted, which may be less inclined towards novel-reading.”