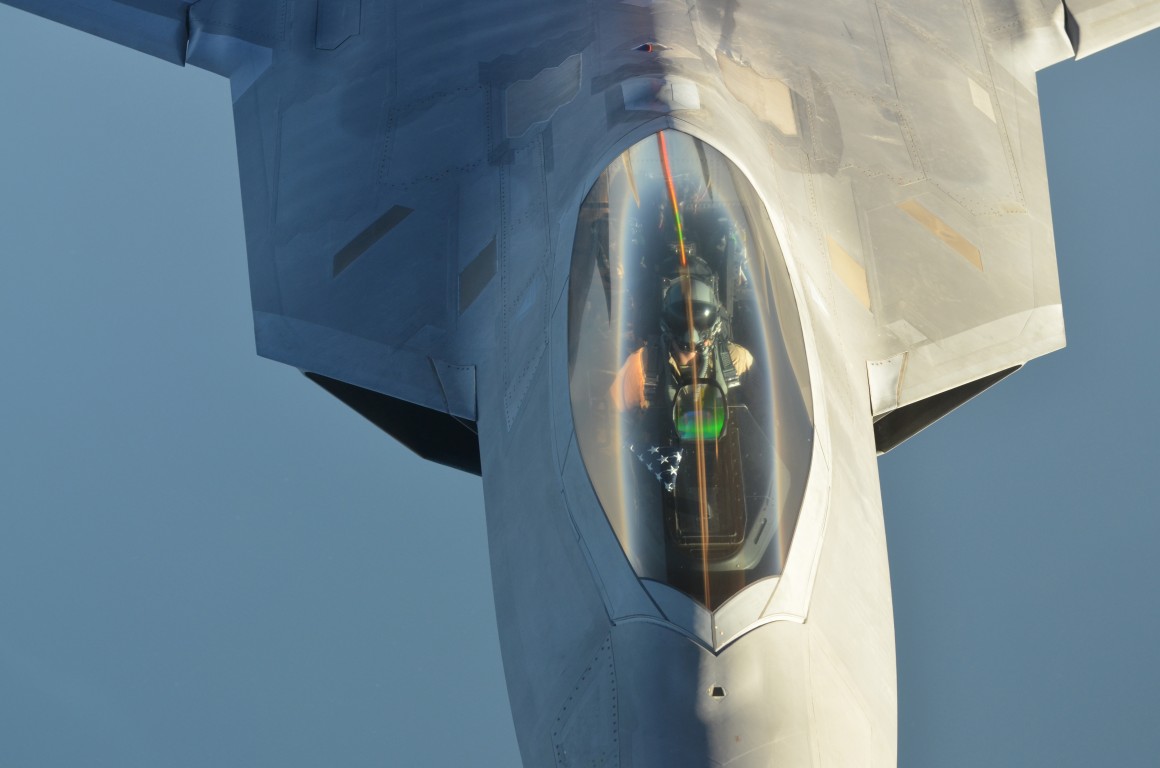 Due to technical errors, the publication of this article was delayed by two weeks.

Faced with grizzly videos of beheadings and massacres, the demand that something must be done about the so-called Islamic State (Isis) is a natural reaction.  Moreover, given the hundreds of billions of dollars the west spends on defence, it seems reasonable to think that doing something should be possible.  After all, what’s the point of all our expensive weaponry (The F-22 Raptor, on its first combat missions in Iraq, costs the US $150mn apiece) if we can’t achieve something with it?  It is a mistake to think this is the case: western intervention carries no guarantees of defeating Isis in any meaningful sense, while bearing a significant risk of worsening the situation.

Public and political opinion has shifted in favour of intervention, but it is hard to say what for – we are rushing headlong into a conflict against an ill-defined enemy with an ill-defined mission.  Airstrikes can certainly hamper Isis’ ability to make war by preventing their forces from moving openly and striking their command structures and heavy weaponry, but airstrikes alone cannot defeat the group.  Even with ground support, defeating Isis is as much about creating a society that rejects the group as about victory on the battlefield.  This is where the plan comes unravelled, and the bigger question appears: what is our endgame?  What does mission-accomplished look like?

The west has intervened against many undoubtedly disagreeable regimes in recent years – most recently in Libya – but western leaders have often found winning the peace to be much harder than winning the war.  In Iraq, the US-led coalition forces were able to defeat Saddam’s army in six weeks, but after eight years of occupation and reconstruction the mission to build a stable, inclusive liberal democracy has clearly failed.  It is hard to say with any confidence that Iraq today is any better off than if the 2003 invasion had not taken place.

Similarly, in Libya the western military campaign was a success – Gaddafi’s regime was brought down with few civilian casualties.  But the unpleasant regime has not been replaced by a desirable one, but rather by what looks increasingly like a failed state and a civil war.  Time will tell if Libya develops into the sort of state the west would like to see, but the signs do not look encouraging.

We cannot be at all sure that any power vacuum left by weakening Isis will not be filled by equally unpleasant groups – as has happened to varying degrees in both Iraq and Libya.  Even if the Iraqi government can restore control, undermine Isis’ support base, and create an inclusive society, continued instability in Syria will permeate the porous border.  Plans to arm moderate elements of the Syrian opposition to fight both Isis and Assad do not appear credible at this point.  Our best likely endgames look like either victory for Assad and stability in Iraq, or continued civil war spilling across the Syrian border, hardly hopeful prospects.

And then, what if the aerial campaign doesn’t work?

This is where the real risk lies – if a combination of western-led airstrikes and Iraqi forces proves insufficient to dislodge Isis, then what?  Large scale supplies of combat equipment to the Peshmerga and/or Iraqi Army seems a likely next step (and indeed has already begun).  This equipment will need to be accompanied by ‘advisors’ to ensure its proper use – any weaponry likely to make a difference will require specialist training, if not outright operation.  From here, how long until these advisors play a combat role – either operating hi-tech weaponry alongside local allies or scouting targets for airstrikes?

There is still little real appetite, even in the USA, for a long and protracted engagement and the body count that implies.  Anything that Isis can spin as a western defeat will strengthen and legitimise the group far more than not intervening.  If the west is not prepared to pay the price in blood and treasure necessary to conclusively defeat Isis, a half-hearted attempt that leads us to an ambiguous defeat and withdrawal is worse than doing nothing.  Our current course may well force us to decide between escalation and ignominious retreat.

Worse still, western intervention on the ground has the potential to turn the perception of the conflict into a war between the west and the (Sunni) Muslim world – as Isis would so clearly like it to be seen.  Nothing will build support for militant jihad more than the presence of yet more western troops in the Middle East – if our concern really is about our own security, this certainly doesn’t enhance it.