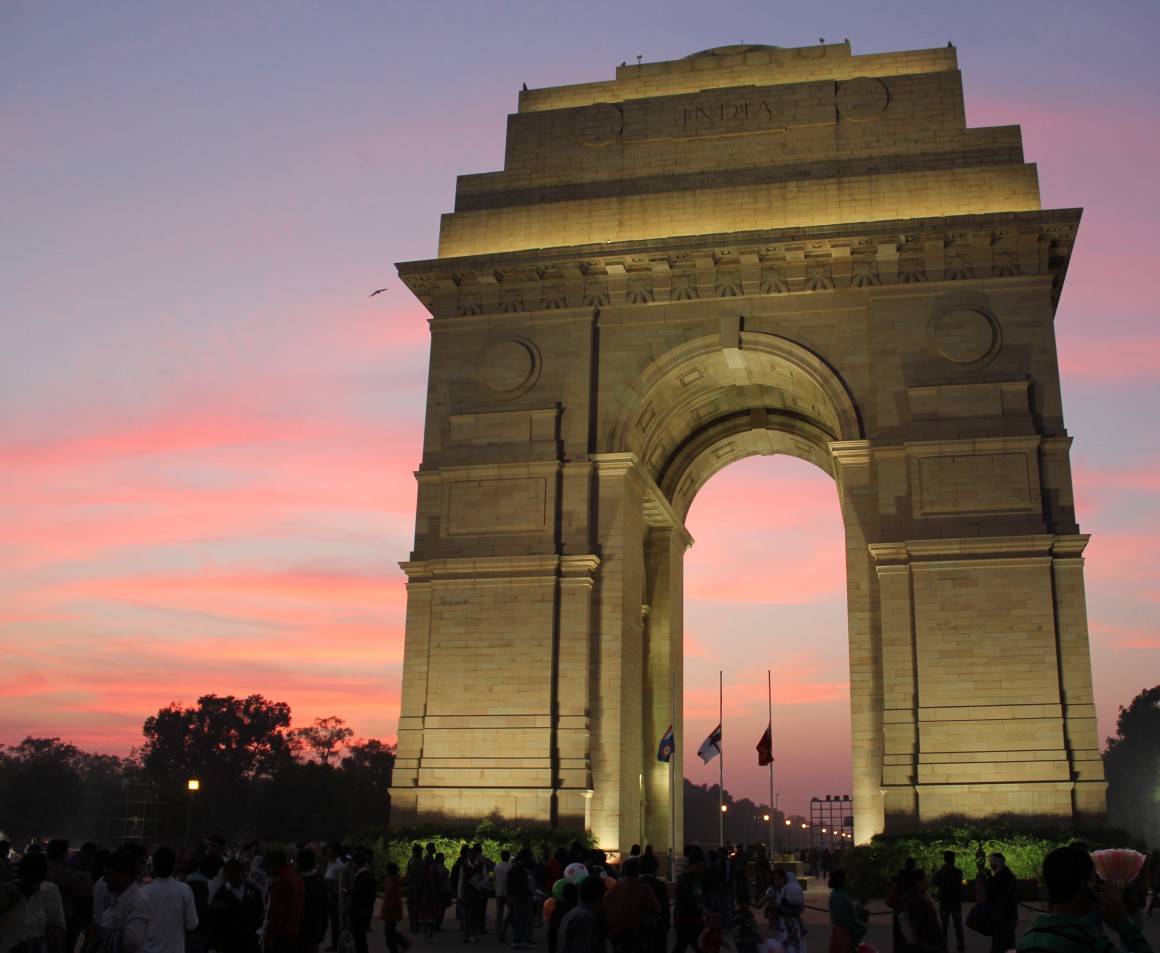 A banner flashing the words ”Dalit Rights are Human Rights” caught my eye as I walked through the maple doors into the Central Secretariat of the National Campaign for Dalit Human Rights (NCDHR) that is located in an area of Delhi called South Patel Nagar. Immediately next to the banner I could spot a large portrait of B.R. Ambedkar, the famous drafter of the Indian constitution, who had himself been a member of the so-called ‘untouchable’ community in India and coined the term Dalit (broken, suppressed) to refer to those who belonged to it.  Today, fifty years after his death, Ambedkar is still the incontrovertible hero of the ‘untouchable’ community and the champion of Dalit rights.  His photograph remains as ubiquitous in Dalit political institutions as the pictures of Gandhi elsewhere in India.

In fact, many contemporary NGOs, activist groups and even Think Tanks specialising in issues of Dalit discrimination and marginalisation, such as NCDHR or the Indian Institute of Dalit Studies (IIDS), continue to draw much of their inspiration, as well as specific strategies from Ambedkar’s writings.  Yet, there is also an increasing acknowledgment of the fact that new historical circumstances, the changing political and economic face of India, and processes of globalisation call for a more time-tailored type of Dalit activism; a kind of activism that can successfully tap into popular discourses and utilize new linguistic and conceptual tools. One notion that becomes particularly important and useful in this context is the idea of human rights.

This September I spent six weeks with the National Campaign for Dalit Human Rights in Delhi, conducting fieldwork for my Masters thesis. Despite the fact that I had done a fair amount of background research on both Dalit activism and on the organisation itself, I was unsure what to expect. Working with academics, activists and policy makers alike NCDHR did not clearly fall into any institutional category, notably successful in its national but especially international advocacy efforts NCDHR is a registered NGO that uniquely combines elements of grassroots community organisation, policy lobbying on the state, as well as the national level and an awareness raising campaign.

The central office in Delhi coordinates four separate and clearly targeted sub-campaigns: The National Dalit Movement for Justice, the Campaign for Dalit Economic Rights, The Movement for Dalit Women’s Rights, and a disaster management initiative called National Dalit Watch. Each of these specialized sub-campaigns collaborates with state-level Dalit NGO’s, which in turn provide resources and capacity building to community advocates. In this way skills, as well as financial assets filter down to the grassroots, while, simultaneously, important insights from the community level are translated up the chain to the central office. There regular staff members, many of which hold Masters degrees or even PhDs integrate this information into their recommendations to Indian policy makers or their reports to international bodies, such as the UNDP.

During my initial days at NCDHR I focused much of my time and energy on the attempt to understand the precise institutional character of the organisation. Yet I soon realised that maybe I was asking the wrong question altogether. As I began to interview the campaign administrators in the central secretariat, attended meetings with grassroots activists and participated in debates on current issues of marginalisation it became clear to me that what NCDHR’s members were truly concerned with was contributing strategic innovation to an ancient struggle.

Over tea one day, Abhay Xaxa, the programme coordinator for the Dalit Movement for Economic Rights (Dalit Arthik Adhikar Andolan), frankly informed me that he thought I was missing the point. “You keep trying to figure out in what ways NCDHR is an activist campaign or a research organisation,” he said shaking his head. “We are all those things, but that’s not what’s important. What is important is how we differ. We try to beat politicians at their own game.  We are the new activists.”

Now we can all agree that self-assessment is a tricky thing, and even more so when it comes to an organisation with a clear mission in the fight against injustice.  Therefore, whether or not NCHDR’s work actually represents a uniquely new approach is questionable.  However it is undeniable that the organisation’s line of attack lives from the mobilisation of distinctly modern discourses, such as that of economic analysis and Human Rights. Mr. Xaxa’s campaign has set itself the task of addressing the issue government funding for Dalits and other marginalised groups like tribals (politically referred to as Scheduled Castes and Scheduled Tribes respectively) by performing a meticulous investigation into the patterns of money allocation revealed in annual budget reports.

What is important is how we differ. We try to beat the politicians at their own game. We are the new activists.

Paul Diwarkar, the General Secretary of NCDHR summarised this strategy for me during a team meeting one day. “People tend to think about Dalit activism merely in terms of identity politics. You know, people demonstrating, talking about everyday untouchability and discrimination. While all these things are crucial we realise that many people across India prefer to be blind to the continued discrimination we face. Therefore we need to convince them with numbers and charts and reports. We need to present them with tools they are familiar with and believe in.”

It is for precisely this reason that NCDHR has chosen to frame its demands in terms of human rights. Although as an anthropologist I can confirm that there continues to be much discussion about the universal applicability or the ideal formulation of human rights, the idea that we need general moral guidelines of this kind has become widely accepted.  Through the ratification of various UN charters countries around the globe have made human rights their responsibility.  “By saying that Dalit Rights are human rights, we are making this everyone’s issue, and everyone’s responsibility,“ Beena Pallical, the National Convener for NCDHR told me. “It’s all about the way you frame it.”

It is difficult to assess the extent of NCDHR’s success as a human rights organization or even an awareness raising campaign after the brief time I spent working there this summer.  NCDHR is a young initiative, merely 20 years old and evaluating its work would require a close look at its achievements on the local community level, as well as in national and international advocacy over an extended period. Yet I am convinced that NCDHR has managed to tap into a crucial insight: even if certain demands for justice remain constant they need to be articulated in the political and linguistic tools of their time to be heard.

Making people see and acknowledge discrimination is not simply a matter of pointing it out but a question of how one points it out. In this sense activism is and always needs to be new.