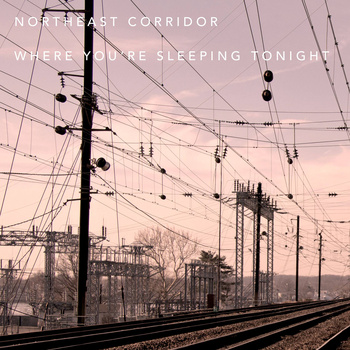 It’s not often we get to do an introducing profile on Oxford students, but the band Northeast Corridor have begun warranting comparisons with other bands formed at the university such as Foals. The soulful, crooning vocals of lead singer Nick Hampson are reminiscent of Jeff Buckley and the subtle guitar playing that accompanies it gives an overall feeling not dissimilar from the most famous band from Oxford, Radiohead.

Since forming at the beginning of this year, and playing their first show at The Art Bar, the band have already headlined the o2 Academy. They’re now set to play their first BBC Introducing show in Reading.

Despite only having one officially released song to their name, the band’s ambitions are clear. ‘When You’re Sleeping Tonight’ was inspired by homeless LGBT youths who are forced to live on the streets when they are thrown out by their parents. Hampson wrote the song when he was volunteering there and the song captures the cold, loneliness as well as the fear, faced by far too many individuals. With the proceeds from the song going to the Ali Forney centre for LGBT youth, it is rare to see a young band more determined to make a difference than make a name for themselves.

If things continue to go the way they are, they might be able to do both.