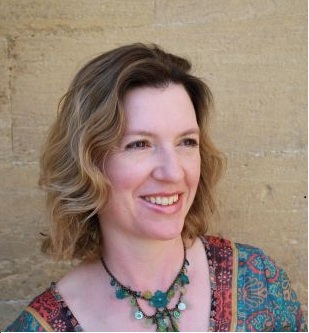 With over 20 books published and a collection of pen names to match, you’d be forgiven for assuming that Julia Golding’s sole career has been as a hugely successful author of children’s and young adults’ literature. Not so: Golding has also worked as a foreign diplomat, graduated from both Cambridge and Oxford, and been an Oxfam lobbyist. Nowadays you can find her in the city writing for her next book, or talking at schools, bookshops and festivals.

It seems appropriate to discuss Golding’s authorship first, and I ask about the beginning of her career as a full time writer of fiction. It isn’t the usual nightmarish tale of the slush pile for months on end. “Well I’m unusual in that I had a very smooth journey from sending in a book to getting it published. What happened was, I’d been writing beforehand but I’d never sent anything serious off to a publisher… and I was on maternity leave with my third child and I wrote a book, as you do.” The book was sent straight to the very local Oxford University Press, who immediately expressed their interest. However delays meant that the wait for publishing was lengthy, so much so that Golding had time to write a second (unrelated) book, and send that to an agent. Again, the response was swift. Taken on by another top publisher, in 2006 Golding had her first two books published merely months apart, something that must have felt frustrating at the time but came good in the end. “So the first book I had published isn’t so much a first book and that’s worked out really well for me because that’s the one that won prizes and set me firmly on the way to making it a career as opposed to just having a book published,” Golding explains. “People say getting a book published is difficult but actually the really difficult thing is keeping going and it’s particularly difficult now. It’s carnage in publishing at the moment, total carnage.”

It’s carnage in publishing at the moment, total carnage

In the world of publishing, Golding is known by three names. I ask why the need to write as different people; as herself, and by two pen names, Joss Stirling and Eve Edwards. “There’s a creative answer and there’s a practical answer. So the creative answer is that I see them as three different kinds of expressions of what I do.” Julia Golding is mostly children’s literature from ages nine to thirteen; Joss Stirling is the name she then created for her teenage paranormal romances. Despite the description however, Golding definitely does not write books about love triangles or supernatural boyfriend issues. “I suppose I got fed up with seeing [my daughter] walking round with the Twilight books. I wanted to write something for her not in that heavy duty paranormal stuff, because I couldn’t seriously write about people turning into werewolves.” Her final pen name, Eve Edwards, is who she reserves for more historical fiction, in the vein of “a teen Philippa Gregory”.

To make enough money you have to do more than one book a year, unless you’re stratospherically famous

There is also a business side to Golding’s multiple identities. “It’s a very good strategy relating back to what I said about publishing being difficult at the moment, which is bookshops are reluctant to take more than too much of any writer. If you split up your load you can do more than one book a year, and to make enough money to live on you have to do more than one book a year, unless you’re stratospherically famous.”

In terms of her publishing schedule, Golding’s latest book has just been released. There has already been a phenomenal response from readers online to number four in the hugely popular Savant series, Misty Falls. However it almost didn’t happen, due to the publisher’s uncertainty about the future of the series. Sales of the previous instalments in a wide array of countries, as well as fan demand for more, changed their minds. “They then decided that maybe we hadn’t come to the end of the Savant series, because they’d packaged it as a trilogy, and they said can you do another. This is when you get the author creativity butting up against the publisher,” Golding tells me. “I said, ‘Well yeah, course I can, but I want to do another trilogy so I can finish off sorting out the brothers that I’d lined up’. I had it in mind to do that anyway. Because things are flaky out there they prefer to go book by book, but what I have in mind – what I’m going to do, I’m sure they’ll follow me in this one – is another three.”

Writing wasn’t always on the agenda, and while in her last year at Cambridge studying English, Golding began to cast around for future options. A master’s degree and a dream of radio production were both high on her list, but where she ended up was completely different from either. Desperate to get some interview experience, Golding signed up for the civil service exam. Totally relaxed about the whole affair, Golding came out of her final year with a degree and a job secured in the Foreign Office. The plans for the BBC had sadly fallen through, but the government was keen to employ her. “I was a bit more nervous by the time it came to final interview, and it wasn’t helped by the fact it was just a week before my finals, so I wasn’t sure which to be more nervous about. Whatever I did worked and I got selected for what they called then the fast-stream.”

Three years were spent in Poland as a diplomat, but Golding explains to me that not having had a year out, and too young for a promotion, it was time to try something new. “Also I wasn’t keen on the idea of being a nomad for the rest of my life, and if you work for the Foreign Office you’re a nomad,” Golding continues. “So I decided to do a doctorate and have children for a bit whilst I did a career break and then I’d decide if I’d go back or not.”

It wasn’t to be, and Golding never returned to the Foreign Office. Instead, after completing a doctorate in Romantic literature at Oxford and building a family, she went to work in the policy department of Oxfam, a process that involved lobbying at a high level. “It was a really good job, better than being in the Foreign Office, because it was on conflict issues it meant going round the UN; Brussels, governments, lobbying on the various things that were going on at the time including the war in Afghanistan. It was all about the protection of civilians in war and the delivery of aid.”

You’re always an author, but whether or not you’re published is open

When Golding had her final child, she decided to see if she could make something of writing. Describing herself as “frazzled” by a family and a job in conflict zones, she settled into the demands of authorship. Over 20 books and three pen names  later, this seems to be very firmly her career, and when I ask if that is the case Golding agrees.

“The difference between the other things I’ve mentioned and this is I’m the only one who can write my books, whereas somebody else could do the role I was doing in the organisations. But the thing about being an author is it’s not so much your choice about how long the career lasts but for how long you have something which is commercial. You’re always an author but whether or not you’re published […] is open. I’m trying to make it last.”

Mindfulness – could it help you?

Boeuf! The struggles of a vegetarian in France