Baby Love Bar, home of popular LGBT night Poptarts, is to introduce a code of conduct in response to criticisms of the way it handled an incident of alleged sexual harassment last week.

The allegations centred on an incident last Tuesday evening, which was described to the police as “one gay guy, sat on another gay guy’s lap.” The bar’s bouncers refused to eject the alleged harasser, and allegedly claimed that “it’s got to be physical to be sexual harassment” and that “these things happen in gay bars.”

One witness told The OxStu: “Ok, so this older guy was there, and he was flirting with a lot of people. When they turned him down he would get quite nasty. For example, he asked me if I wanted a drink and I politely said no, then he got quite nasty, asking me if I was a child and a virgin, telling me I shouldn’t be here if I was an immature virgin

The witness continued: “Then he abused my female friend saying she wasn’t really a lesbian and just wanted to have sex with me

Then come and sat down on my lap and wouldn’t get off. He repeated this whole process with another boy, refusing to get off his lap for ages even after he said.”

Thomas, duty manager that evening, defended the bar’s handling of the incident, telling the OxStu: “The nature of the nightclub scene lends to numerous allegations being made. It would be irresponsible for unwitnessed incidents to be dealt with with ‘immediate removal’, without trying to establish the facts,  being careful not to diminish the gravity of the situation.

“Both victims and “alleged accused” have their rights to fairness,” although admitting: “Fairness though does not always comes across as fair in the heat of dealing with a sensitive incident.”

However Joel Hide, Social Secretary for OU LGBTQ Society, claims the staff have since changed their position, saying: “The management of Baby Love are completely agreed that the lack of immediate response was wrong, and are working with the LGBTQ society and the police to write and implement an effective door policy. It is of the utmost importance to the Society that Poptarts remains a safe space for all our members, and we will be working closely to ensure that this new policy includes strictly enforced zero tolerance on sexual harassment.”

He continued: “The bouncers’ behaviour was completely unacceptable, however the victim blaming and lack of action taken was less indicative of a problem with Baby Love specifically and more of a broader culture which accepts sexual harassment in clubs as normal.”

Following meetings with senior members of the OU LGBTQ Society committee, Babylove Bar has pledged to work with the society and the police to introduce a Code of Conduct for such matters. 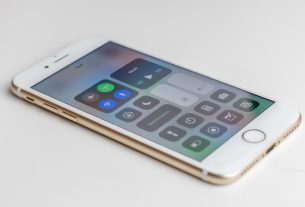 The Malcontent On: The Apprentice