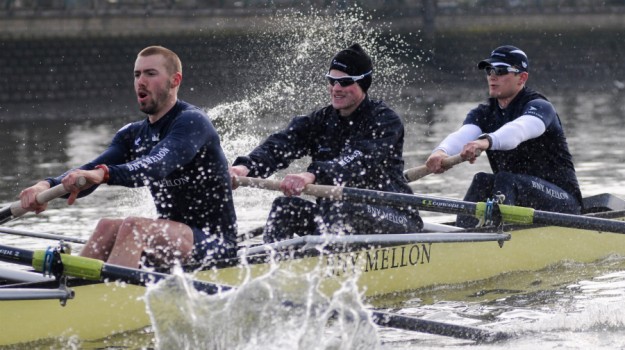 As college sports go, rowing requires more time and commitment than any other. However, it does not compare to the demands put on rowers trialling for the university boats. To really find out just how much pressure it puts on an Oxford student, and what drives them to do it, I interviewed Rufus Stirling, a second year English student currently trialling for next year’s race.

So what made you decide to trial for the blues squad in the first place?  “I had rowed at school and in college and I wanted to take it to the next level. Yes, it sounds cliché but it’s also about making the most of my time at Oxford and testing myself.”

You were in the Oriel boat that won headship in last year’s Summer Eights, rowing with an Olympic gold medallist in that boat. How does OUBC compare? “Rowing with Malcolm Howard was very special – when someone who’s sat on the start lines of two Olympic finals is a bit nervous about the Summer Eights race ahead, you know you should be getting serious about it too. The OUBC squad this year is led by another Olympian, Constantine Louloudis, who makes sure the training environment is well-disciplined – but never too serious.”

The rowing preseason has the earliest start date of all the university teams, beginning nearly a month before the start of freshers week. It requires students to give up a large portion of their summer and enables them focus on just rowing.

What is it like starting training a month before term starts when it’s all new and no one else is back in Oxford?  “It’s good having a chance to focus on the training and get used to the load when there isn’t much work or too many other friends around to distract you.”

During the preseason rowers can adjust to the high demands without any other distractions, but it quickly gets a lot tougher when you throw work and a social life into the mix.

How tough is the training regime?  “The day-to-day training is generally low intensity but high volume – long sessions on the ergo at Iffley Sports Centre or on the river at Wallingford to build endurance. This sort of training twice a day, six days a week, is going to get pretty tough especially when it’s cold, dark and wet and you have to juggle it with academic work. That said, being an arts student I don’t have to get up as early as some people who need to get a session in before 9am lectures. Luckily the English Faculty doesn’t function before 10am.”

Do you feel that you’ve had to sacrifice much in order to trial?  “It’s taken out a month of the summer vac, and no doubt time spent socialising is going to take a hit. But it’s already worth it.”

Do you have time to do anything else other that rowing and work?  “Sleep comes pretty high on my priorities at the moment, but there’s always a chance here and there for ‘controlled amounts’ of fun…  ”

It seems that these extremely talented athletes are not only challenged by the level of the training, but perhaps even more by the requirement to be a great time manager and efficient worker. With twelve training sessions a week it is bound to put pressure on other aspects of their lives. Having said that, there must be a great sense of achievement in even making through the first cut to this stage, with so many other gifted rowers trialling against you.

How high is the standard this year?  “This is only my first time trialling with the squad and so for me the standard was always going to be high, but it seems like the squad has particular strength in depth this year. Many people have returned from last year’s successful squad or have rowed internationally in some capacity or other. As someone who doesn’t have that pedigree I’ve got a lot of hard work and development ahead!  ”

It seems clear that despite all the hard work and pressure of trialling, the pros far outweigh the cons and the motivation and drive is there to push yourself as hard as you can. The excitement of rowing with world class athletes and the chance of actually getting to row in an Oxford boat in the Boat Race is by far enough to make the training seem all worth it. Not to mention having the chance to be coached by the best in the field; it seems a chance only Oxford could give you and one that any rower would snatch in a heartbeat.

What is the best thing about training and trialling?  “The prospect of being able to be part of the Boat Race squad is the most exciting thing, but for all this talk of long hours and early mornings it is actually good fun. We have a good work ethic on the water but when we’re not training it’s pretty chilled and we’re getting to know each other well.  ”

What is it like to be a part of such a historic process?  “Between sessions on weekends we sometimes watch past Boat Races to remind ourselves of what all the training is for – the brutal side-by-side scrap where there is only one winner, the crowds, the whole occasion. It’s pretty special.”
What are the coaches like?  “The coaches Sean Bowden and Andy Nelder, plus support team, run a programme which they are constantly refining and have done over many years. It is world class. It is also very scientific: we do a lot of physiological testing so that the programme can be suited to our individual needs to make sure everyone develops towards their potential. At this level, attention to even the smallest detail of physiology or technique matters.”

“They say success breeds success and the ability of the athlete to place absolute trust in the coaches to make you the best you can be is incredibly important.”

So there you have it; it’s extremely tough and requires commitment and hard work from all involved, but if you put in all you can, you get the best coaches and team mates and have the chance to be a part of an historic process. If you ask me, that all seems pretty cool. 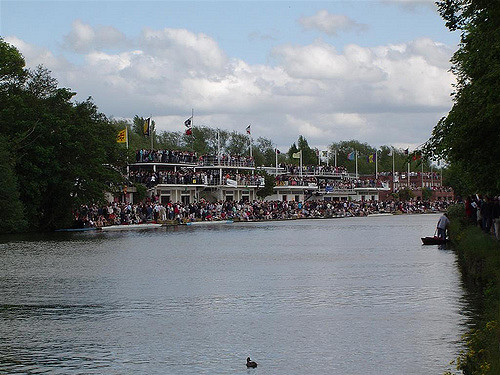