Google has recently announced a new partnership with Oxford University’s computer science and engineering departments to pursue research into artificial intelligence (AI) and deep learning with special emphasis on how machines might better understand and emulate human language.

Demis Hassabis, co-founder of DeepMind, a British AI company recently acquired by Google in 2014, who currently serves as Vice President of Engineering at Google, said that the Internet search engine giant would be making a “substantial contribution” towards the project to promote scientific research into revolutionising human-machine communications.

Dr. Edward Grefenstette, Fulford Junior Research Fellow in the Department of Computer Science, declared to the OxStu: “We at Dark Blue Labs are excited to be joining Google DeepMind, to further our work on Natural Language Understanding. Bringing computers closer to the communicative and cognitive capabilities of humans is an essential step towards the next stage of human development. We are pleased that our work in artificial intelligence at Oxford has been recognised in this manner, and look forward to contributing to Google DeepMind’s efforts to improve the way computers enhance our lives and our society.”

Professor Mike Wooldridge, Head of the Department of Computer Science, said: “Machine Learning is a technology whose time has come. We have invested heavily in this area and we are truly excited at the prospect of what we can achieve together with Google. We are extremely proud of Phil, Nando, Ed, and Karl, and truly grateful for their efforts in securing such a fantastic donation to the department, and for paving the way for future collaboration with one of the world’s leading computing companies.”

An official response from a spokesperson for the University stated:  “We hope that this is just the beginning of a beautiful friendship with Google which will bring many new opportunities for Oxford computer science and engineering science students with internships and joint lectures and workshops where students will be able to share knowledge and expertise.”

Philip Ball, President of the Oxford University Engineering Society, expressed strong support for the initiative, citing the advent of driverless cars, ag-robots, and even IBM’s Jeopardy-winning supercomputer Watson as examples of this emerging technology.

“It is [also] clear,” he told the OxStu, “that the University of Oxford itself is positioned at the forefront of such advances, as we have created our own driverless vehicle systems, advanced image recognition software, and we have the world leading computer vision expert in Prof. Andrew Zisserman.”

According to Ball, the newly announced collaboration with Google is “further proof of our status as one of the top research universities globally.” 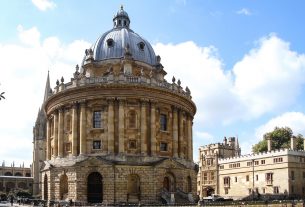 Exposed: the trials and tribulations of hardship funds