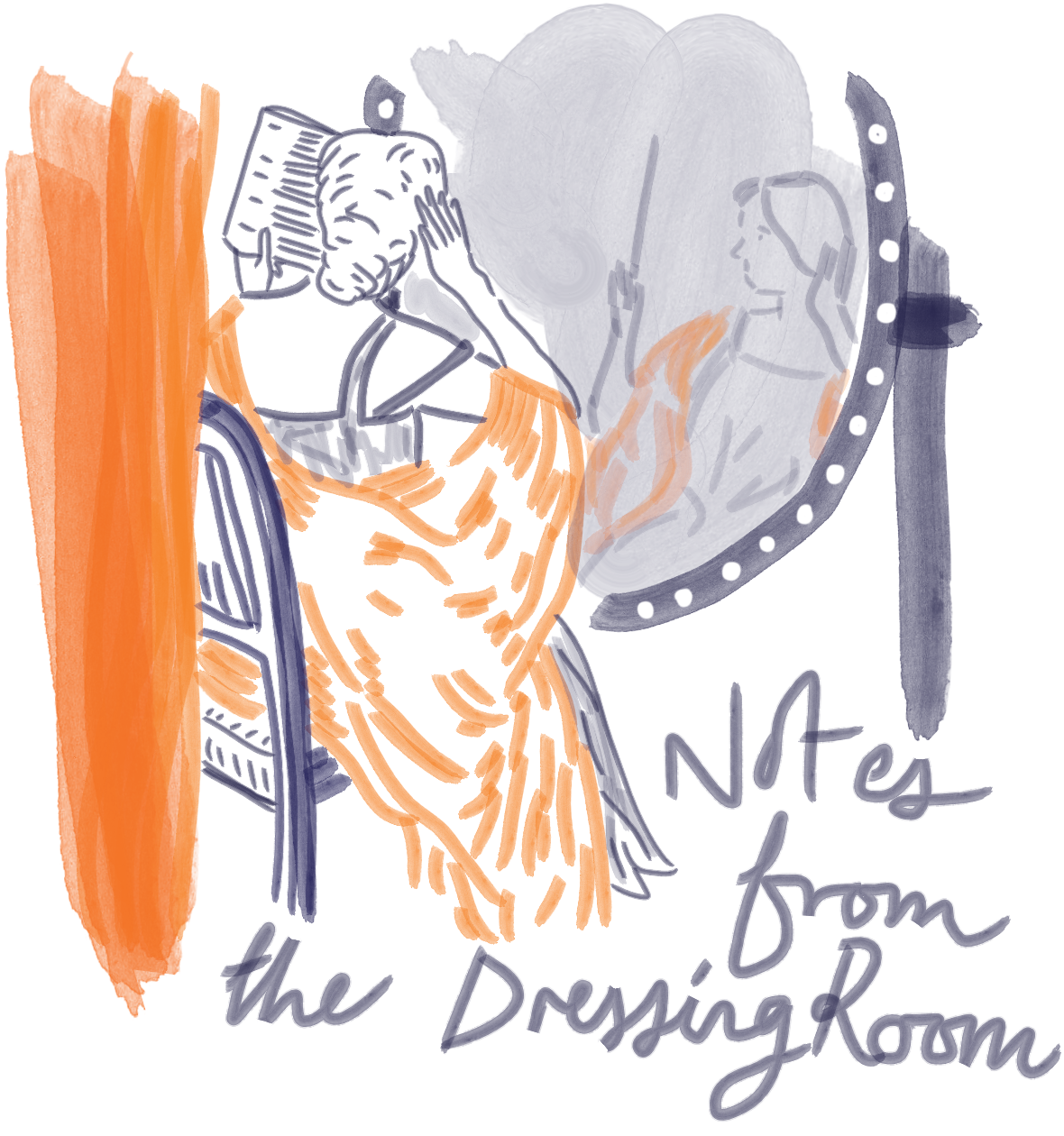 Notes from the Dressing Room II

So the evenings are getting darker, the opening nights are getting closer, and my room currently resembles such a pigsty it’s led a few people to remark I might be getting a little too into Halloween.

Still, this is Oxford student theatre, not the Barbican, and while the facilities are great, I’m pretty sure my demands for a sixteen-rail warehouse to store all my costumes are falling onto deaf ears. I’m sorry, but what else could possibly need so much money? Another revolving stage somewhere? I need space for my glittery jazz shoes!

A lot of people have been asking me lately about my costume designing process. As in, how do you know whatwill work when (some people just lash costumes together in a haphazard fashion, I know, but I do think it’s necessary to make a considered effort; after all, set designers, directors and all the other creatives will be thinking hard about this, and you don’t want to be the dunce at the press preview saying, “well, um, I guess I just thought Maria and Tony would look good in pink, ya know?”)? Hmmm.

Well, for anyone interested in costume design here in Oxford, the first thing I’d say is there is no set way ofdesigning for a play. Obviously talking to the director is a good idea – every director will have their own vision of how things are going to look; some will be more specific than others, but all of them will have a particular aesthetic they’re gearing towards.

It’s important not to rebel against this; remember, you’re not designing the production, you’re just interpreting somebody else’s viewpoint within your area of creative expertise (or lack thereof). Directors will usually make it clear from the off how much creative control they want to retain, and how much they want to give you. Some will be very specific, even down to the kinds of items they want; others will give you total autonomy.

Most will be paddling somewhere in the middle of that. But even restrictions can be a creative blessing -problem-solving and refocusing ideas into actual garments is the fun part. And it might sound like a given, but do actually read the script. Even if you know the story like the back of your hand, even if you’ve read it before – as soon as you’ve got the job (or sooner, if you’re in competition over applications), go over it again. You never know, there might be the odd specified item embedded somewhere deep into Act II, Scene 3 that you have a responsibility for. And if it’s just forgotten about until opening night… now, that could get awkward.

How I usually work is by sketching up rough drafts, or concepts, based on the initial information I have to go from. Then as soon as the cast is in – get measuring. It might seem tedious and unnecessary, especially if you’re not actually making any costumes from scratch (though be warned: occasionally you might need to – or at least be prepared to make some alterations – think of it as an excuse to put your year 2 sewing skills to the test!) but a full set of measurements is invaluable if you’re going to be trawling through the dusty dungeons of the Keble crypt, pilfering a stock of clothes from the last gazillion years. I mean, that place puts the definition to vintage. But finding a single thing you’re looking for in “size 8”? Yeah, good luck with that.

After the costumes are assembled, it’s then last minute tweaks (or a period of making things from scratch) and accounting for the randomest of directorial whims. Take this week, for instance. This week I need to learn how to become a tattooist.

All in the name of the job, I guess.