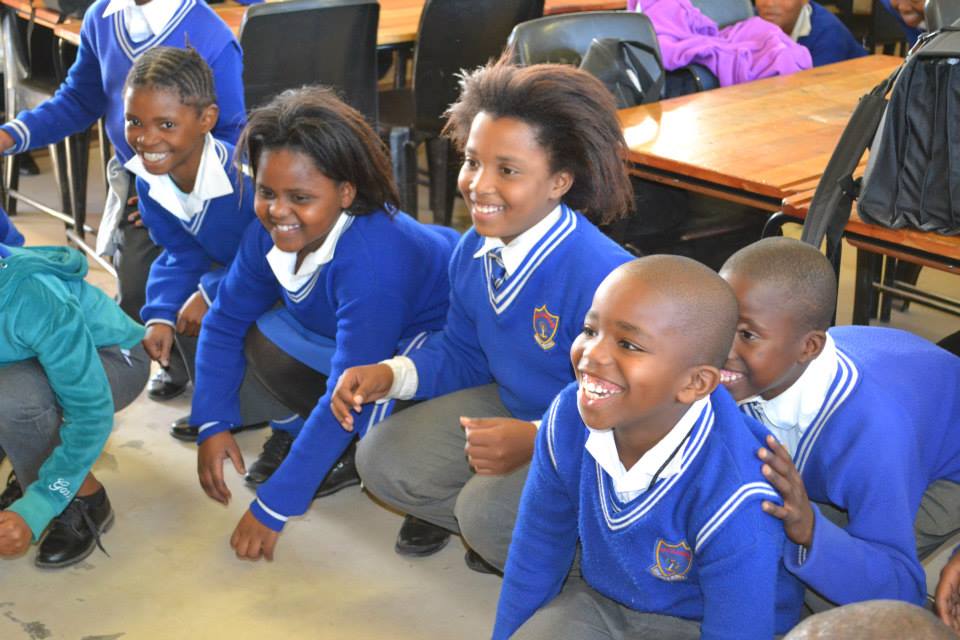 Stepping off the plane at Johannesburg Airport following an eleven hour overnight flight, I was exhausted and clinging onto the last vestiges of sanity. And so, after well over twenty four hours of travel, the last thing I wanted was to be tested for Ebola; unfortunately, a malfunctioning facial scanner thought otherwise, and I found myself ushered away to be examined. One thermometer in the ear later and the result came out as negative. I was left somewhat shaken, with the dubious benefit of an unusual future sconce to my name.

I was in South Africa with Project Plett, an organisation recently set up by Pippa Ford, a resident of Plettenberg Bay, and the mother of a Balliol student (one of five other Oxford students joining me on the trip). Plettenberg Bay is the jewel of the Garden Route and lies between the Indian Ocean and the Tsitsikama mountains. As a volunteer child development programme, Project Plett aims towards improving education within South Africa.

Though I was given information about volunteering with them back in April, for a long time it remained just another far-off summer possibility. However, come June, several of my friends had booked flights, and the opportunity became more real as I started hearing more and more about the project. Soon after, I found myself sitting in STA travel, and the casualness of “found myself” should be emphasised – I had left college intending only to buy a Boost but returned with a return flight to Johannesburg.

Such flippancy had all but left me by the time I had reached Plettenberg Bay in early August. It was during the car journey to Plett from the local airport at George that the reality of my new environment hit me. Dotted along the motorway, we began to see the townships, underdeveloped living areas which at worst are just a rudimentary and haphazard collection of shacks, with no central infrastructure. One such township is Kwa-Nokuthula, which lies just a couple of miles from the idyllic Plettenberg Bay. It was in here, at Phakamisani Primary School, that we would soon be teaching Grade 4s.

After a weekend of recovery, the first day of school was a surreal experience: though we were well prepared by the organisation (we received a detailed welcome pack about Plett and the school along with exercises and children’s books which could be taken into lessons), no kind of verbal or written preface could have prepared for six Grade 4 classes, each with forty children. Phakamisani is the most overcrowded primary school in the area (the school is built for 800 pupils and contains 1900), and, owing to the fact that it is continually underfunded by the government, has become known locally as “the lost school”. Such overcrowding arguably causes the biggest problem in Grade 4, since it is the first year that lessons are taught and exams are taken in English, rather than Xhosa, the local dialect.

With all these problems, we were understandably apprehensive about the amount of help we could give, particularly when none of us had any teaching qualifications. However, it took less than a day for this attitude to change. Considering that most of the pupils are growing up in very difficult circumstances, either financially or socially, it is hard to comprehend the relentless positivity with which the children approach their lives.

Not one of them takes their education for granted. We were happily welcomed on arrival, and we left the school at the end of the trip with reams of letters written by the children thanking us for the contribution we had made and hoping to visit us in England one day. The letters seemed themselves to be the best indication that we had actually made a difference – they were all written in English, and many were from children who, when we first arrived, didn’t have the confidence even to speak in English to their teachers.

It became eminently clear that all the children needed was individual attention, whether this came from marking their workbooks, learning their names, playing football with them in the afternoon, or listening to one pupil recall the whole plot of Once Upon a Time in Mexico. The hope is only that we have formed a lasting relationship between Oxford University and Phakamisani, which can be sustained by future volunteers.

When not volunteering at the school, our everyday life was helped massively by the low cost of living. This not only meant that eating out was often cheaper than self-catering (a meal at a five-star restaurant could be had for less than ten pounds) but also that we could enjoy a vast array of activities without breaking the bank.

A walk away, we hiked the Robberg peninsula and spent several lazy afternoons at the beach; a short drive away, we visited a vineyard, an elephant sanctuary and an aviary, and went shark diving, kayaking and on a horseback safari (we missed the highest bungee jump in the world and walking with cheetahs); and a coach journey away, we travelled to Cape Town where we climbed Table Mountain and visited Robben Island. In Cape Town, great memories were made, which included bumping into a friend from home halfway up Table Mountain, which may feature as one of the biggest coincidences known to mankind.

Working with VolunteeringSA (www.volunteeringsa.com) was an incredible experience, and one which neither myself nor, I imagine, any future volunteers will ever forget. One of my fellow volunteers sums it up best:

“Project Plett is an opportunity to visit a truly beautiful part of the world whilst making a rewarding contribution to the local community. I would wholeheartedly encourage others to take up the opportunity and tow start their own adventure in South Africa.”

The closed loop of social media