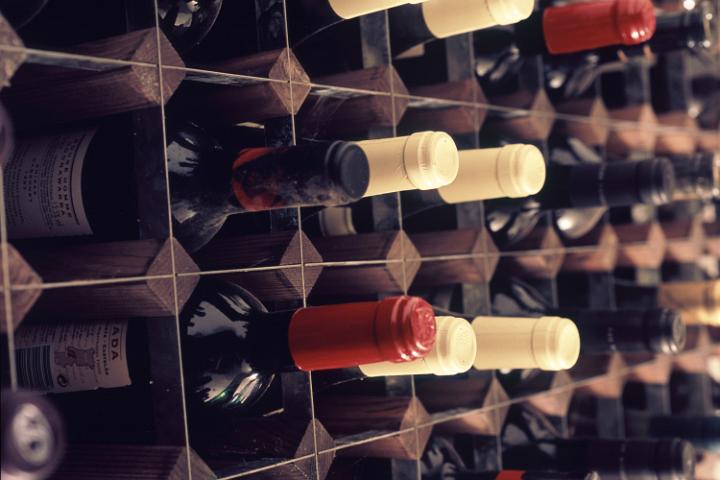 This week saw the inaugural session of the wine tasting introductory course hosted by The Oxford Chelt Wine School at St Peter’s College. Voted as the UK’s Top 3 companies for wine education by Harpers Wine & Spirit Magazine, this independent company hosts wine and cheese evenings as well as blind-tasting classes and seasonal events, following 30 years of experience in the field. Nicholas Gay, the founder of the school, chairs the discussion with an engaging wealth of knowledge and expertise.

To get into the mood, we began the evening with a bottle of L’extra par Langlois Brut NV, Cremant de Loire, £14.99 from Majestic Wine Company. What impressed me was how Nicholas creates from the start a real sense of easiness that encourages open discussions. There was not a sniff of pomposity in the air. Before long, everyone knew each other really well, exchanged travelling anecdotes and laughed at each other’s lack of experience in wine tasting.

Upon being seated at the table, the level of professionalism and esteem this company holds was clearly visible. Rows and rows of wine glasses sparkled in the spotlight. An evening of sophistication and fine hospitality. The set-up was sleek. A detailed PowerPoint presentation accompanied what Nicholas was explaining. He succeeds, in my humble opinion, in making often-convoluted terminologies and ideas transparent to the most inexperienced of novices.

We began with the whites: a Vinho Verde from Portugal, a Riesling from the Rhineland (brought me back to the good old days of my Gap Yah!) and also a Chardonny from Argentina. The stages in examining the quality of the wine were described in a structured way; no one was left confused. He even clarified how the shape of the glasses relates to the type of wine you drink and how to correctly hold it. There were no presumptions of previous knowledge at all. The discussions were very open; no one was afraid to pose questions or express the contrary to what others thought. Instead, the diverse range of opinions opened up our senses in every way: whether a wine had a full body or not, or whether the aroma was more mango or passion fruit.

Just as one might trace a novel’s style, language and literary construct, Nicholas carefully guides the group through seemingly tricky terms such as ‘pétillance’ and ‘viscosity’. What could be a somewhat befuddling deconstructive approach to wine tasting was made very accessible with well-defined explanations. He talked us through the appellation, fermentation process, barrel types, and grape selection whilst shattering clichés such as “The wine has nice legs!” At one point, he shed his expert knowledge on the ultimate conundrum for modern day wine-drinkers: Whether a bottle is better with a cork or with a screw top, “The whole screw-top or cork thing… that’s a very complicated issue.” Indeed, it turned out to be a false perception on the part of consumerism, but Nicholas nonetheless managed to make the “complicated” into something that was easy to understand.

Before long, everyone knew each other really well, exchanged travelling anecdotes and laughed at each other’s lack of experience

Next, we moved onto the vino tinto: a bottle of Bordeaux, Chianti, and last but not least, followed by a blind taster to practice what we had learnt. Personally, I found I could detect the aromas and textures much better with whites than with reds. I started to question my own taste buds… However, I was pleasantly surprised when Nicholas approached me and explained, again with clarity, how the fermentation process might have affected the wines, so they tasted more similar to each other. Unsurprisingly, under the guidance of Nicholas we quickly managed to identify the mystery wine to be a bottle of Shiraz. Bravo!

As the evening came to an end, I went away with was more than I had expected. Nicholas does not only share his knowledge of wine, but also his enthusiasm. What he said really stuck with me, “Life is too short to drink mediocre wine from the bottom of the shelf…” This is true. What the evening had taught me was how to think for myself and not be afraid to voice my own opinion about wine, because for the most part, it is a subjective process that relies on the individual’s senses and appreciation.

I have been on other courses run by various societies which are perhaps a little more economic than this, but I must say, never before have I learnt so much about wine in one evening. You really get your money’s worth. On top, the easy flow of conversation and company the event attracts really sealed the deal. It’s no wonder that their wine school family has enjoyed much success from over twenty other major cities across England.

Whole-heartedly, I would recommend anyone interested to come along to the next event. Check out their website, where you can find out about up-coming events as well as useful sites to the wonderful and exciting world of wine tasting!