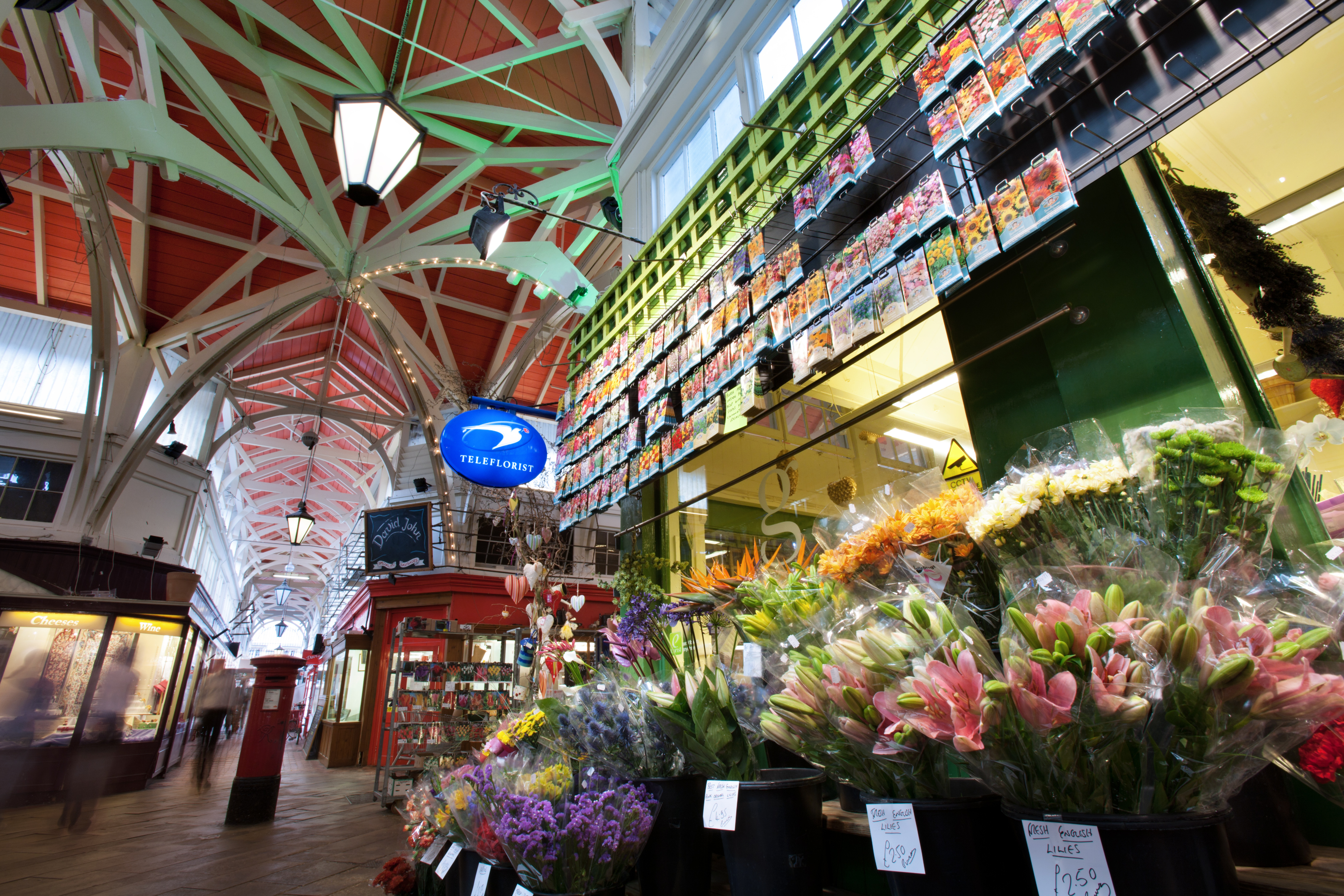 John is having a bad day. Inside the Covered Market not much is happening. A few tourists reluctantly follow a laborious guided tour. Workers rush through with coffee cups and rucksacks. Students are slumped in cafes tapping out last minute essays. John fruitlessly attempts to interest them in RSPB. Most of them breeze by. “It’s not quite as busy as I’d expected”, he says. “I mean there’s a lot of well to do people, but I’m not really getting anyone interested.”

It’s a sentiment shared by a lot of the retailers. “It’s not as busy as it should be”, Collectors Corner employee Simon Porter says. “All the time, I get people coming in and saying to me-“I didn’t even know this was here.” It’s a shame, because this is a lovely, lovely place’. Cornmarket Street is bustling. Harried rosy-cheeked students jostle with camera-yielding tourists for space on Oxford’s premier shopping thoroughfare. On Market Street white vans offload their boxed goods into a cavernous wall. Somewhere, between the dustbins and miles of loosely chained bicycles, a few alleys cut into the adjacent wall. The Covered Market.

It’s a sensory feast inside. A whiff of freshly baked bread wafts down the alleys. Melting cookies jump out at you. Knives are sharpened and cash registers chime. But it’s the absence of people that is most striking. ‘The market is often deserted while Cornmarket is heaving’, Simon says. ‘People don’t seem to know we’re here. If you look up from Cornmarket it looks like a dodgy alleyway. All you see is wagons.’

It’s not all doom and gloom for Oxford’s flagship market. ‘I like it here a lot’, Simon continues. ‘It’s a friendly market and you tend to get people from all over the world. It’s a good community and a good asset for the city. You won’t find specialist saddlers, fishmongers, and butchers in most town centers.’ Other retailers agree with Simon’s sentiment. ‘It’s still Oxford’s jewel in the crown’, Sue Norton of C.M. Brown & Son says. ‘At Christmas, when all the turkeys are hanging in the shop windows, the atmosphere is absolutely fantastic.’

Nonetheless, Sue is apprehensive about the steady influx of high street retailers. ‘Our independent spirit is slowly slipping away. Big retailers have the power to change the dynamic of the place. At the moment the markets still holding its ethos and places like Cards Galore are finally getting people off the high street.’ Many retailers think that something needs to change.  One, who wished to remain anonymous, thinks it lacks the vibrancy of other similar markets. ‘Something doesn’t quite fit’, she said. ‘It doesn’t always have that spark. There needs to be something done to draw people in. I’ve just come back from Barcelona. The markets there were thriving. Why isn’t it like that here?’

Sue is a little more optimistic. ‘This place has still got that special feel. The character’s still there and it could be salvaged and brought into the modern world. That’s what this place needs. ‘We need a central focus. We need a reason for people to come in. There’s a big open space in the middle. Why don’t they do something with that? There could be cookery classes or sausage making demonstrations.’

Online shopping has undoubtedly reshaped Britain’s retail sector but across the country independent markets have been staging a revival. London’s Broadway Market is one of the trendiest locations in the capital. In the eyes of Oxford’s stallholders, not enough is being done to ignite this independent spirit at the Covered Market. ‘The diversity is decreasing’, Simon says. ‘It’s just becoming a food outlet. Now it’s about 70% food and 20% shoes’. He chortles. ‘We don’t want to lose this place. It’s unique. It’s just not promoted properly. It needs brightening up a bit. It needs investment.’

John is still attempting to canvas support from the odd few punters who drift through the Covered Market. There haven’t been many takers. Out in Cornmarket Street the cafes and shops are doing a roaring trade. There is a covered market tucked away in the center of Oxford.  Perhaps it’s time to open it up so more people can discover its charm.