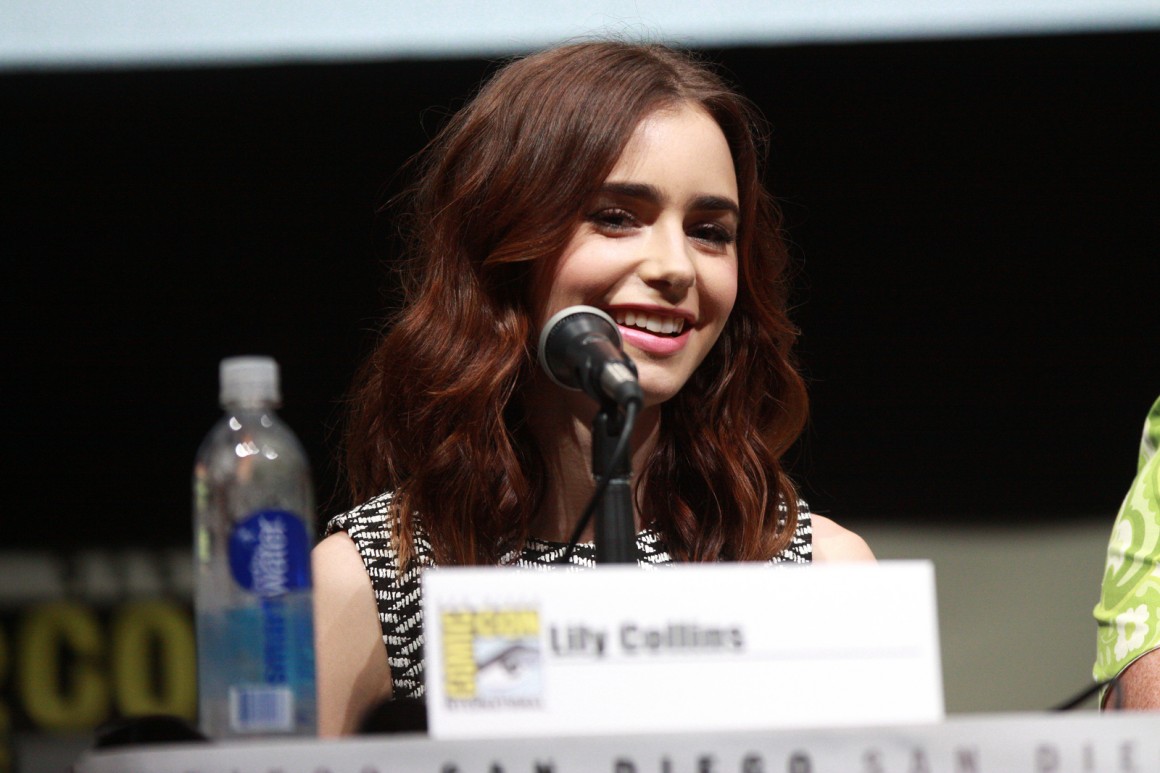 Love, Rosie is an adaptation of Irish writer Cecelia Ahern’s novel Where Rainbows End. Similar in tone to the last film based on Ahern’s writing (P.S I Love You) Love, Rosie is vacant, but upbeat and ultimately good fun.

The film follows Rosie (Lily Collins, Mirror Mirror) and her best friend Alex (Sam Claflin, The Hunger Games: Catching Fire) from childhood through adulthood in a blur of implausible but endearing plot developments.  Despite being attracted to each other and sharing a drunken kiss, misunderstandings cause them to drift apart. Rosie stays in Dublin coping with an unexpected pregnancy, while Alex flies off to America to become a doctor, three days after receiving an acceptance letter from Harvard.

The ‘will they, won’t they’ dynamic between the pair does not create enough tension to stop the film from sinking into a balmy kind of calmness. Events unfold predictably and plot holes (ranging from Rosie’s Catholic parents calmly accepting her pregnancy to her sudden acquisition of enough money to buy a coastal mansion) are overlooked.

Scriptwriter Juliette Towhidi (Calendar Girls, Testament of Youth) skates over any seriousness connected with the struggles of single parenting or working in a pressured environment with corniness and aplomb. No effort is made to avoid tropes of the ‘rom-com’ genre.

An encouraging letter from a deceased parent, rushing to the airport at the last minute, a childhood friendship montage, a wistful missing each other montage and a growing up montage all make an appearance.

Although it is easy to feel indifferent about outcome of Rosie and Sam’s relationship, the film maintains appeal. This is largely due to Audrey Hepburn lookalike Lily Collins. It is delightful watching emotions play across her face in frequent ‘hand held camera’ style close up shots. Her acting surpasses that of the rest of the cast as she brings sincerity to the clichéd script.

Love, Rosie also has laugh-out-loud moments, including a memorable scene in which a businessman overhears Rosie’s phone call confession “the condom came off inside my vagina and I am unable to locate it” while they share an elevator. Much of the comedy is unintentional but adds to enjoyment of the film. Lines like “I want my own hotel one day. Is that crazy?” succeed in causing amusement.

For those who are able to inhibit their faculty for scepticism, Love, Rosie will be an enjoyable romp into the complications of male-female friendships. The film is pleasant to watch but leaves no lasting impressions – it is the epitome of soothing, cinematic escapism.

Live review: Harleighblu at The Cellar