The NUS has abandoned its support for the upcoming “free education” demonstration, citing the “unacceptable level of risk that this demonstration currently poses to our members”.

A statement from NUS President Toni Pearce issued with “huge reluctance and regret” highlighted accessibility issues, the concerns of NUS liberation officers, and the absence of public liability insurance as factors in the decision, suggesting: “We do not believe there is sufficient time between now and the demonstration for these risks to be mitigated.

“The reality we are confronted with is that this demonstration presents an unacceptable level of risk, is not accessible, and does not meet the minimum expectations our members would expect for an action that carries NUS support. NUS has policy to support free education, and we will continue to lobby and campaign for this, but no action that we take should be put above the ability for all our members to be safe. We have gone to considerable lengths to help change that position, by working with the organisers, but that time has now run out.”

The National Campaign Against Fees and Cuts (NCAFC) demonstration, which will still go ahead, had won the backing of OUSU, as well as 14 JCRs in Oxford. The OUSU Council motion and the JCR motions which preceded it resolved to“support free education as a policy and the NUS campaign against fees and debt.”

Michael Chessum, a national organiser for the NCAFC and former head of the University of London Union, criticised the NUS decision, suggesting that Pearce’s claims were only being made because “the NUS leadership could not get away with not backing the demonstration: it was too popular.”

Chessum further stated that “how they intend to do this [pull support for the demo] given that NUS NEC has formally supported the policy is a democratic mystery. But then democratic mysteries are rather the norm in NUS.”

Members of the Oxford Activist Network also criticised the NUS decision. Xavier Cohen, a Balliol PPEist, commented: “I’m quite sure there will be an issue with access and safety. But that precisely means the demo requires more NUS attention, not less (or even fucking none).” Kae Smith, a Ruskin student, accused the NUS of hypocrisy.

However, a Magdalen second-year backed the NUS, saying: “Looking out for accessibility and ensuring the creation of an inclusive space is admirable. All the liberation officers are backing it; the ultra-lefties criticising this decision should listen to them”. 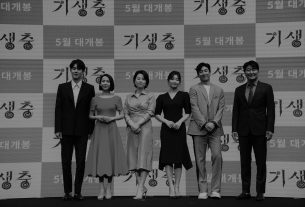