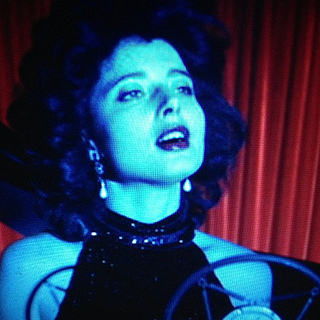 You don’t have to be a genius to work out right from the start that Lynch isn’t interested in conforming to conventions, if there are such things when it comes to experimental cinema. We are met, when we begin the film, by a series of somewhat idyllic yet deliberately ambiguous shots of a small town – or neighbourhood, even – illuminated by warm summer sunlight. The image, which stands out most in hindsight, is probably the well-trimmed bright crimson roses against the picket fence. The overture is, in a somewhat oxymoronically obvious and yet unexpected turn, ‘Blue Velvet’, a 1950s tune that breathes a playful but also ominous life into the atmosphere; our spirits are raised, and yet we still get the feeling that something terrible is about to happen. And we’re right. In the midst of this suburban bliss, a man falls victim to a stroke whilst watering plants in his garden. He suffers, falls, lies still on the ground whilst his dog ignorantly drinks from the hose, and all the while ‘Blue Velvet’ still plays on.

Nothing else has changed. Suburbia continues.

But here lies the rub – the point where Lynch really grabs our attention. The camera does something unexpected; we pan away from the stroke-induced man (he is no longer important to us) and begin to zoom in slowly to the grass. We don’t know why we’re hurtling closer and closer to each and every blade, but we really want to keep going. As the camera pushes its way through the grass, we can hear a buzzing – an eerily unfamiliar sound – but we cannot yet see from where the noise is coming. And then we do, and it makes perfect sense. We stumble, deep beneath the grass, on a hoard of crawling, festering, jousting insects. It’s not immediately apparent what exactly these bugs are, but it doesn’t matter. Lynch has already made his point, and he has done it quite magnificently. Beneath the pleasant facade of suburbia lies a creepy and infested underworld. And so lies the allegory of the entire film.

Our protagonist appears soon after. Jeffrey Beaumont (MacLachlan) is the stroke victim’s son. He’s returned to this picturesque town to check in on his father. Jeffrey is young, popular and self-assured. After stumbling upon a severed human ear in a field (covered in insects – it’s those bloody bugs again), Jeffrey becomes ensnared by something far greater than himself – his own curiosity. He decides to present the severed ear to the police and the whole situation reconnects Jeffrey with the sweet and good-natured daughter of the police captain, Sandy (Dern), who feeds him information about the ongoing investigation, despite his being told that he should snoop no further. What we gradually find out is that Jeffrey doesn’t play by the rules and can’t help himself from delving deeper and deeper into the case. When Sandy mentions the name of a nightclub singer involved in the investigation, a certain Dorothy Vallens (Rossellini), there is no turning back. He breaks into Vallens’ apartment and ends up watching her undress.

Enter Frank (Hopper), a psychotic man with an unusually sadistic sexual appetite. Frank forces Dorothy to spread her legs, where he then proceeds to strap a mask to his face (making him strangely resemble an insect) and inhale a mysterious gas. Frank enjoys slapping Vallens about, all the while berating her if she ever dares look directly at him. The truth soon emerges that Frank has Vallens’ husband and child held hostage in order to trap Vallens into performing sexual acts for him. When Frank leaves, Jeffrey realises what he has got himself into. But instead of running, he chooses to stay and comfort Vallens, eventually becoming her lover. A bizarre and frightful plot ensues, and things only become stranger and stranger. Jeffrey is pulled into the weird world of Vallens and Frank, from which there is surely no escape. But, as touched upon, what makes Lynch’s characters so memorable is that they rarely behave like normal people. When Jeffrey has the opportunity to flee and never see Vallens again, he rejects it in favour of whetting his… curiosity. When Sandy discovers that Jeffrey has engaged in a sexual relationship with Vallens, she cries, slaps him, but then forgives him without another word. Lynch’s characters function purely as a means of propelling the thriller forward, of representing his grand vision, and yet they are remarkably tangible at the same time. Blue Velvet is clearly an homage to film noir, but it seems to establish at the same time its own genre entirely.

It forcibly throws into existence the adjective ‘Lynchian’ as a definitive and necessary label.

There is no way to explain what happens in this film other than to say just that: that it happens. That is not to say that the plot is ludicrous; far from it, but the film itself is an eclectic mix of surrealist visions and imagery all the while played against a palpably dark and thrilling mystery story. It’s the symbols that really grab our attention. We don’t even need to know exactly what the recurring insect imagery represents; we just need to understand that it represents something worth thinking about.

Blue Velvet has undoubtedly paved the way for postmodern cinema to flourish in all its glory. Lynch demonstrates that one need not follow the rules of convention in order to satisfy an audience. His directing style is as experimental as it is traditional; he somehow creates something new, something unique in each and every scene. There’s a certain glossy sheen to the stark colours of the film; we feel as if we really are looking at ‘blue velvet’. Dennis Hopper is quite transformative as the psychotic and unhinged Frank, but it is Rossellini who you can’t stop thinking about once you leave the film. She takes a little while to find her feet, but once she does, she captures Vallens’ vulnerability and perpetual fear wonderfully. We feel every nuance of her pain and, in one particularly exposed seen, we see her stripped back in a final plea for salvation from herself and her torturous captors. She is an open book, and we cannot stop reading. Almost thirty years after its original release, it still packs a mighty punch. There are scenes that leave you gasping, scenes that leave you with chills, but every scene leaves you wanting more.