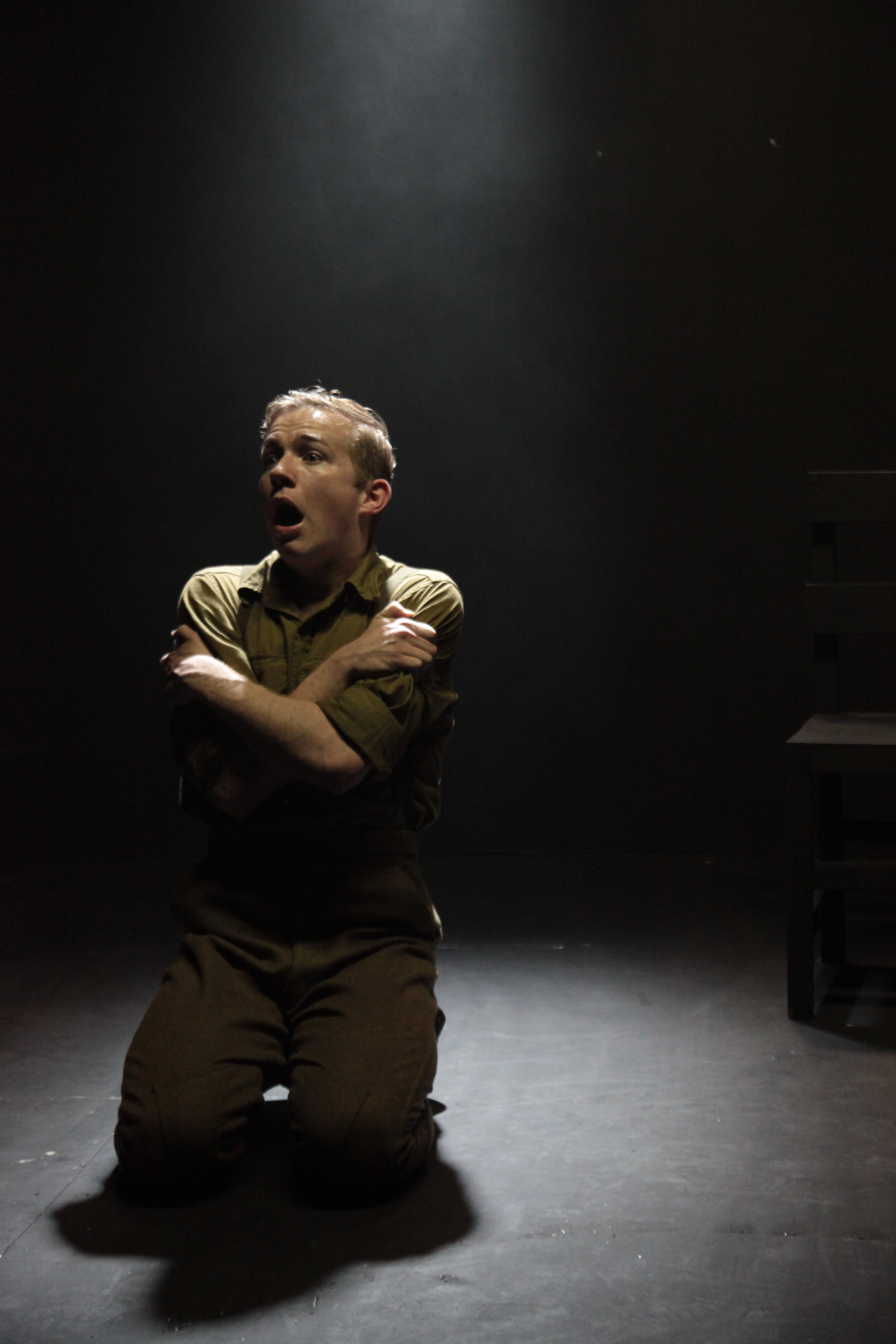 Review: Johnny Got His Gun

That moment of realisation when it becomes apparent that a play is going to be a one-man show is always slightly nerve-wracking. Your entire evening is invested in the performance of one person and one person alone.

Luckily, in this case, that was more than enough. The entire play consisted of one man, one chair, two sets of lighting and a handful of basic sound effects – that was all. However, such was the charisma of the actor and the quality of the direction that the entire audience was captivated from the first line to the last.

It is the self-narrated story of Joe Bonham, an American soldier in the First World War who is maimed and left without his senses or the ability to move in the last months of the war. As the play progresses, Joe becomes more and more critical of war as a concept, and more and more angry at the Generals who send boys like him off as cannon fodder.

There is a greater overarching theme to the play though. It encourages the audience to consider what makes us alive. Deprived of all movement and all senses except feeling in his chest, Joe suddenly realises that he has lost not only the ability to work, but to converse, even to keep track of the time.

His battle to communicate with the nurses through moving his head to imitate Morse Code, and his mental, and ultimately successful, struggle to think of a way of working out the time from his immobile state are some of the most moving scenes I have ever scene on stage.

He is entirely focused on not losing his mind, and consequently works his way through various memories and scenarios in his head to try and maintain his sanity. It is particularly striking that anecdotes about his father and friends – scenarios he will never again experience – are almost as equally moving as those concerning his injuries.

This is testament to the skill of the direction and acting – the trivial is portrayed in such a way as to throw into sharp relief the everyday pleasures of which war deprives its casualties. It was also a fascinating exposé on the solitude of being unable to communicate with people – Joe notably struggles more and more to recall things, and the repeated scene of him attempting to do times tables was especially moving, and gave the play a striking end point.

Whether or not a play which becomes so overtly pacifistic is appropriate for the week leading up to Remembrance Day is for each individual member of the audience to decide for themselves, but this is undoubtedly a play which is worth every minute and penny you spend on going to see it.