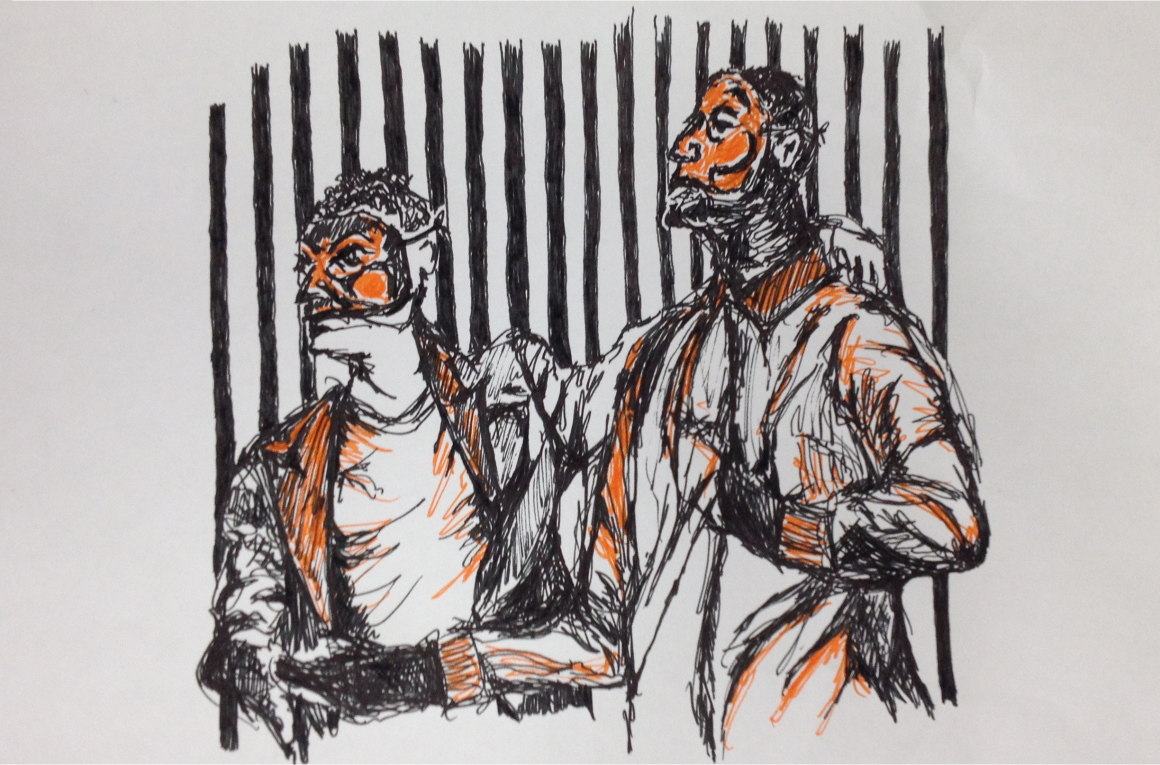 Just under two years ago, an Italian film called Caesar Must Die snuck into UK theatres with barely any marketing, and soon disappeared again. It was a simple tale about a group of inmates in a high-security prison, staging a production of Shakespeare’s Julius Caesar.

The film was not exceptionally good, but it did do a fine job at showing how the play’s themes – loyalty between friends, loyalty to the state, honour, criminality, the legitimacy of civil disobedience – might resonate enormously with men whose lives had been deeply and cruelly twisted by their collisions with the law. Simply bringing in actors to perform the play for such men might well have done them some good on its own. But allowing them to stage it themselves – to inhabit the roles, to explore the drama on their own terms – opens to these prisoners the unparalleled power of the theatre, for actors, to confront the basic problems of human motivation and human decision-making. And if they can learn how to act these roles, might it not help them to better understand themselves? Can there be many people in the world more in need of an aid to self-knowledge than serious criminals?

The question of theatre in prisons might, at first glance, appear an obscure niche in the world of rehabilitation, for the very possibility of involving prisoners in theatre simply does not occur to most people. And to be sure, it’s hardly on the front line of the prison reform agenda. The Howard League for Penal Reform, arguably the UK’s leading advocacy organisation in the field, does not have an official policy on it.

But in fact there are a great many people operating just below the radar to bring the performing arts within the prison walls. Most of the charities in the field are now co-ordinated as the National Alliance for Arts in Criminal Justice (formerly the Arts Alliance), which brings together non-profits working to give prisoners the chance to get involved in music, dance, painting, crafts – and theatre.

More venerable, founded in America in the early 1980s and now operating in Britain, is Geese Theatre, which not only runs workshops with prisoners but stages performances designed to explore the very problems that may have landed members of the audience in prison in the first place. The spectrum of approaches and purposes is broad. Prisoners visited by Pimlico Opera have the chance to stage musicals for audiences composed of members of the public (more than 50,000 since 1991, the company claims). Female prisoners may be lucky to have the chance to work with Clean Break, the women-only charity that uses theatre to help them explore the place of women in social dynamics of criminality.

In America, prisoners in several institutions are currently developing productions with Shakespeare Behind Bars, which believes the experience will help them to develop “empathy, compassion, and trust,” and to improve their “decision making, problem solving, and creative thinking skills.” The foundational philosophy is consistent: acting gives prisoners a unique forum in which to confront a range of moral and personal dilemmas, and, additionally, it helps them learn to work as part of a team.

When the purpose of getting the prisoners involved becomes not simply to give them a chance to act, but to explore issues of criminality and justice itself, then there is a danger the enterprise might stray into more questionable territory. One of the very first shows developed by Geese Theatre was called The Plague Game, and took the form of a structured improvisation in which the audience would be invited to suggest how a character should respond to a given situation – and the actors would then play it out accordingly.

So a prison inmate receives a visit from his wife, who tells him she is pregnant by another man. The actor then asks the audience of real prisoners how he should respond, and they invite him (for the most part) to abuse her, kill her, or track down and kill the other guy. These reactions and their consequences are played out, and it is made demonstrably clear how destructive and counter-productive such responses would be.

Or so the theory goes. In reality, you don’t have to speculate very far to imagine how this might go very, very wrong. An audience that declares itself in favour of seeking violent revenge is likely an audience that will feel preached at or condescended to when the play becomes, as they may well perceive it, a morality tale. There is surely a danger of merely alienating the prisoners from the performance, especially when the show is followed by a “discussion session” that focuses on healthy and constructive ways of relating to one’s family. It is not, perhaps, excessively cynical to suggest that some prisoners may experience this as little better than a bad high school ethics class. Better to simply open the experience of theatre to prisoners, and allow it to work its transformative magic on its own.

An exploration of how this might happen has recently shown up in Oxford itself: Timberlake Wertenbaker’s play Our Country’s Good ran at the Keble O’Reilly Theatre in 3rd week was set onboard a convict ship bound for Australia in the 1780s, and depicted the staging of a play by the convicts.

In this production, when the convicts stepped into role and performed their parts, they stepped up onto a higher, elevated platform on the stage; but when out of character, they had to remain at the bottom level, with the officers who were both their prison guards and their directors staying firmly above them.

The staging dramatises the disruptive power of theatre – by adopting new roles, prisoners can leave their identities behind and try out new personas – and in the brutal setting of the convict voyage, this was naturally bound up with questions of repression and authority. But there is a more wholesome aspect to the same phenomenon. As the director of Our Country’s Good, Fay Lomas, explains, theatre can allow prisoners “to transcend the bleakness of what they’re going through. They find something to live for, and though it might seem extreme to cynical politicians, I think that’s the gift that art and literature can give.”

We can hope that in a contemporary prison, with a charity managing the production, this same opportunity to test themselves in other lives, as other people, is offered to our own prisoners. For some of them, perhaps the arts will indeed do what the well-worn but valuable cliché says it can do: make them better people.

Interview with Pterodactyls: more than just the bare bones